Art and food in the nude: my liberating experience at an underground culture club 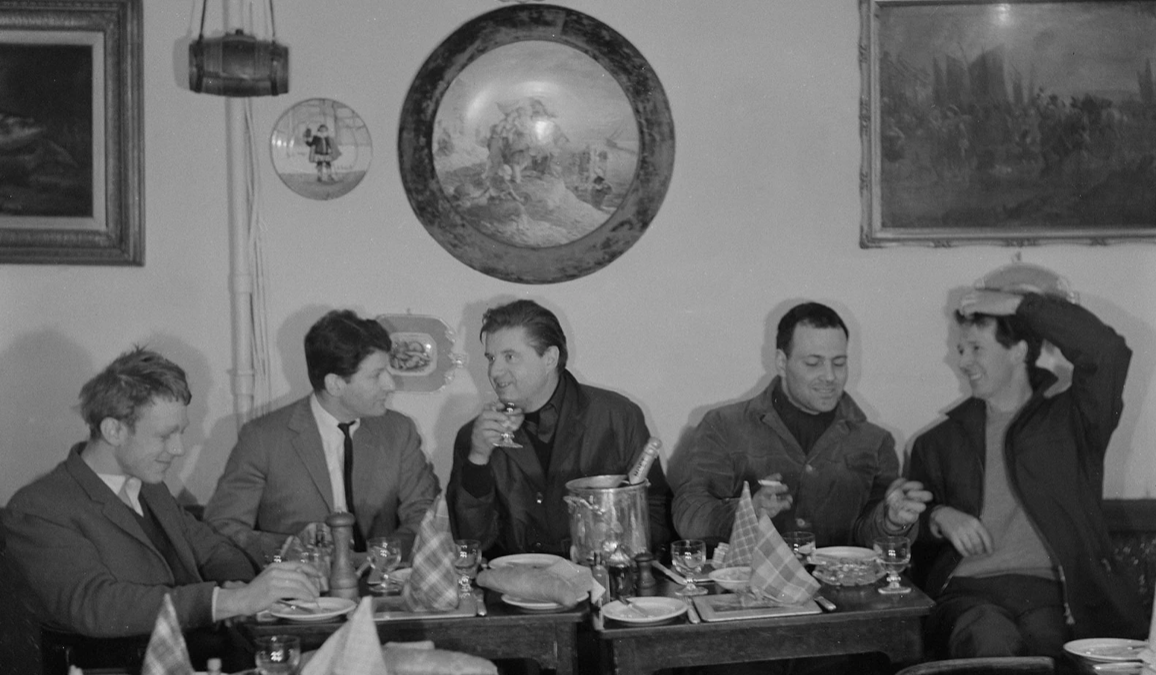 If it is true that you can judge a man’s character by the company he keeps, then Gagosian’s forthcoming exhibition, Friends and Relations, has much to say about Lucian Freud. One of many shows across the UK that will mark the artist’s centenary this year, Friends and Relations will situate his works among those by three others with whom he was close: Francis Bacon, Frank Auerbach and Michael Andrews.

The exhibition will feature around 40 paintings, roughly half of which are by Freud, loaned from both private collectors and institutions. The idea for the show, which opens on 18 November and was curated by the art historian Richard Calvocoressi (formerly of the Scottish National Gallery of Modern Art and Tate), came from a photograph of the four painters at Wheeler’s Restaurant in Soho, London, in 1963. The picture was taken by a friend and occasional subject of the group, the bohemian photographer John Deakin, who Bacon had commissioned to take photographs of his friends that he would later use as the basis for his paintings.

“For Freud’s centenary, The National Gallery in London is mounting a retrospective of his work,” Calvocoressi says. “I thought rather than put on a complementary Freud exhibition, it would be more interesting to look at this group of friends and see how they reacted to each other’s work.” The four painters shared many of their sitters and models, providing the exhibition with a great deal of common ground, Calvocoressi adds so “why not look at them as a sort of core. Not exactly a formalised group in any way, not a school or anything like that, but rather a group of friends who saw each other a lot and who sparked off each other?”

Freud and Bacon’s relationship is on full view in Three Studies for Portraits: Isabel Rawsthorne, Lucian Freud and J.H. (1966), while The Painter’s Mother Resting III (1977) is an early entry in a series of 18 portraits of the artist’s mother, Lucie Freud, which he began after the death of his father, Ernst Freud, in 1970. Andrews’s group portrait from 1962, The Colony Room I, features both Freud and Bacon, as well as the artist’s model Henrietta Moraes, and Muriel Belcher, who ran The Colony Room, one of the Soho haunts favoured by the group. Two portraits by Auerbach, formerly in Freud’s collection, will be lent to the exhibition from museums in Britain.

With a few exceptions the works are from the 1960s, when the four were closest. It was also a time “when figurative painting was very much going out of fashion,” Calvocoressi says. “With the rise of Minimalism, conceptual art and politicised art they stuck to the idea of paint on canvas and tried to represent the human presence in some sort of way.”

The exhibition will be accompanied by a smaller show: Bruce Bernard: Portraits of Friends. Bernard, a picture editor and writer, was a close friend of all four artists, and his photographs of the painters in their studios, some formal and some more candid, will further contextualise the relationships embedded in the paintings on view.