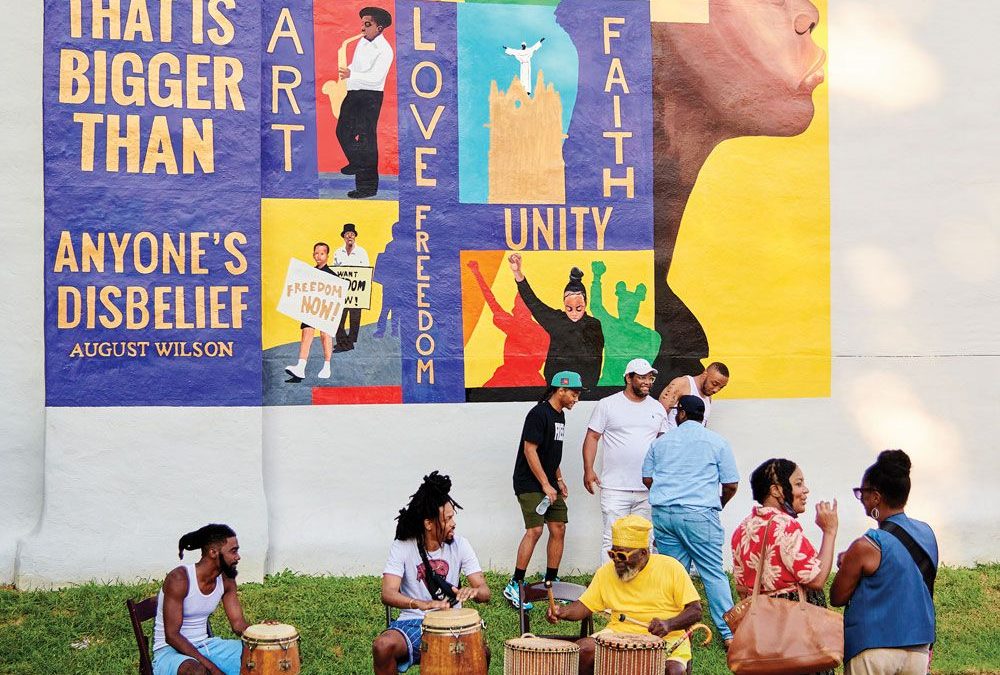 At the 1895 opening ceremony for his museum in Pittsburgh, Pennsylvania, the industrialist Andrew Carnegie—who later sold his steel company and became the richest man in America—set out a vision radically different from his museum-founding contemporaries Andrew Mellon and Henry Clay Frick. “There is a great field lying back of us, which is desirable that some institution should occupy by gathering the earliest masterpieces of American painting from the beginning,” he told the thousands of assembled Pittsburghers. “But the field for which this gallery is designed begins with the year 1896.”

In that year the Carnegie Institute held its first international exhibition, making it the world’s second longest-running recurring exhibition after the Venice Biennale, launched one year earlier. Now known as the Carnegie International, it has become one of the most closely watched exhibitions in the US and has shaped the evolution of the Carnegie Museum of Art.

“Instead of enriching the museum of art with his own collection, [Carnegie] advocated for an exhibition from which the museum would collect,” says the museum’s director Eric Crosby. “Consequently, the institution grew with each successive Carnegie International, as works from artists who exhibited were acquired for the museum’s collection—a tradition that continues today.” By the time the previous edition closed in March 2019, the Carnegie museum had made nearly 40 acquisitions from it, including works by Huma Bhabha, Alex Da Corte, Park McArthur and Lynette Yiadom-Boakye.

This year’s Carnegie International, the 58th, makes good on its founder’s maxim to look ahead but will also survey the “field lying back of us”. Curated by Sohrab Mohebbi, who was appointed in February as the new director of the SculptureCenter in New York, it is titled Is It Morning for You Yet? after an expression for “good morning” used by the Kaqchikel people, an indigenous Maya group in Guatemala.

The exhibition will feature work by more than 100 participants. It will include historical works loaned by artists’ estates and institutions as well as recent and newly commissioned pieces, and measure the US’s geopolitical footprint since 1945. “We were thinking about this era since the end of the Second World War and the start of global US hegemony,” Mohebbi says.

Among the historical works will be pieces by several artists who were revered in their national contexts but overlooked on the international stage, such as the Guatemalan artists Margarita Azurdia and Roberto Cabrera, and the Salvadorian painters Rosa Mena Valenzuela and Carlos Cañas. “When I witnessed these works, I felt we really needed to show them as a way to say that contemporary art is not something that is historically indeterminate,” Mohebbi says. “We’re showing new works and new commissions by artists who are active now, but we can also show how they are looking at their own histories of art as well, to show they’re in conversations that are very relevant domestically within the local histories of art.”

There will be a number of works by artists from Central and South America, regions where the US was especially ruthless in implementing its geopolitical agenda during the latter half of the 20th century. Chile’s Museum of Solidarity Salvador Allende—founded in the early 1970s with artists’ donations of around 3,000 works and then run in exile following the CIA-backed overthrow of Allende’s government in a 1973 coup—will present pieces from its collection in the US for the first time.

Among the new commissions, several branch out beyond the Carnegie museum’s walls. The Pittsburgh artist James “Yaya” Hough has unveiled a mural in the city’s Hill district, which was developed during public workshops and painting sessions with members of the community. Meanwhile, the US artist Tony Cokes, known for his text-based public art, has created works that will be shown on four digital hoardings in the city along Route 28.

Berlin-based collective terra0 has contributed a complex project in collaboration with a local community college: a tree that owns the land that it occupies. The black gum tree that the collective planted on the Allegheny College campus—titled A tree; a corporation; a person—will regulate and govern itself through a digital smart contract. “It brings technology, art and environmental activism together,” Mohebbi says. “This was also a way to respond to the local environment—most of the forests in Pennsylvania were lost to industry in the 19th century and early 20th century.”

LaToya Ruby Frazier, a contemporary artist from the Pittsburgh area, was commissioned to create a monument commemorating the heroism of healthcare workers in underserved communities in Baltimore during the height of the Covid-19 pandemic. “LaToya wanted to address the work that primarily women of colour have been doing and trying to make sure that healthcare is expanded and reaching different communities,” Mohebbi says.

The project echoes Frazier’s photographic series The Notion of Family, which in part documents the closure and demolition of a University of Pittsburgh Medical Center hospital, leaving residents of her hometown without any access to a local clinic. Frazier’s new series on the extraordinary community outreach of medical workers in Baltimore amid the pandemic, Mohebbi says, is one of “a number of projects that respond to questions we’re facing in our communities here in Pittsburgh and beyond”.