Together again: Gagosian exhibition celebrates Freud’s centenary by reuniting the artist with his closest friends 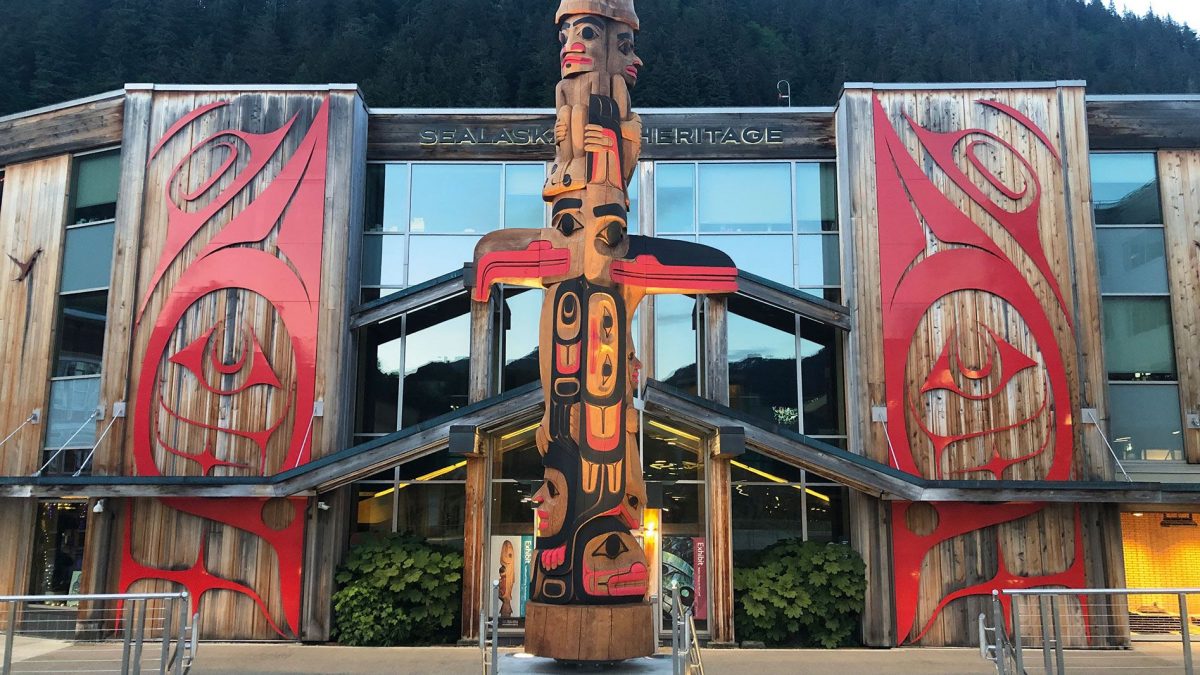 It might only be one-tenth the size of Anchorage by population and completely disconnected from North America’s main road network, but Alaska’s state capital, Juneau, is currently enjoying an artistic renaissance spearheaded by its three main coastal Indigenous groups—the Haida, Tlingit and Tsimshian.

Most visitors to the city arrive on cruise ships before heading off on glacier tours or visiting bear sanctuaries, but lurking in the foreground is, arguably, the city’s finest attraction, its Alaska Native art.

While Northwest Coast art has been practised for thousands of years, recent projects, including the opening of a revitalised Northwest Coast Hall at New York’s American Museum of Natural History in May 2022, have helped raise its national profile.

“After decades of suppression of Native art by missionaries, who believed Natives were worshipping idols, Native organisations and tribes began the arduous path of reclaiming their arts,” says Rosita Worl, the president of Sealaska Heritage Institute (SHI), a Native non-profit organisation founded in 1980 to support Haida, Tlingit and Tsimshian culture.

Juneau’s artistic renaissance gained traction in 2015, when the SHI opened a new downtown headquarters and gallery in the Walter Soboleff

Building. A work of art in its own right, the structure, which cost around $20m, was designed to resemble a decorative bentwood box, a vessel long used by Native people for storage, cooking and burials.

The massive exterior panels were conceived by Haida artist Robert

Davidson and based on his painting Greatest Echo (2014), while the huge Tsimshian clan house front that dominates the foyer was carved and painted by Tsimshian artist David A. Boxley and his son, David R. Boxley.

In June, the SHI added an arts campus to the existing site as the second phase of its stated mission to make Juneau the “Northwest Coast arts capital of the world”. The surrounding space features a large open plaza and performance pavilion that is free for aspiring artists to use. The campus was inaugurated during Juneau’s biennial festival of Native art and culture, which returned to the city after a four-year hiatus.

“The institute’s goals for the campus are to expand Alaska Native and Northwest Coast art programming to ensure perpetuation of ancient art practices, which are unique in the world and include some practices that are endangered,” Worl says. “In 2021, SHI secured a $2.9m grant from the Mellon Foundation to commission the first ten totem poles of an anticipated 30 that will comprise part of Kootéeyaa Deiyí (Totem Pole Trail) along the downtown Juneau waterfront.”

The initial ten poles, carved by Tlingit, Haida and Tsimshian artists, are scheduled to be completed next year, with storyboards explaining their clan and crests. They will join a unique 360-degree totem pole that was unveiled in front of the Walter Soboleff building in June, the work of Haida carver TJ Young. The pole is part of Faces of Alaska, a monumental art installation featuring bronze masks from Alaska’s seven major Native groups, due to be installed over the next couple of years.

Arts funding in Alaska has had a bumpy ride in the last five years. Republican state senator Lisa Murkowski has generally been supportive, speaking against the Trump administration’s move to eliminate federal funding for the National Endowment for the Arts (NEA) in 2017. Conversely, in 2019, Alaska’s Republican governor Mike Dunleavy temporarily vetoed funds for the Alaska State Council on the Arts, effectively shutting it down. After much disruption, it was able to reopen two months later when funding was restored.

Federal money for arts in the state comes mainly through grants from the NEA—nearly $8m over the last five years—but funding is also generated via other sources. The $12.7m for the SHI’s new arts campus included donations from the NEA, the US Department of Education and the National Park Service, plus contributions from more than 700 private donors.

Native art on the national stage

“The SHI is doing some amazing work,” says John Hagen, the curator of Indigenous arts and initiatives at the Anchorage Museum. “They have their sights set on being a hub for Alaska Native art in the state. There are others though.” He notes the Morris Thompson Cultural and Visitors Center in Fairbanks, the Alutiiq Museum in Kodiak and the Anchorage Museum as important incubators for Indigenous art in Alaska.

Another Alaska Native artist having a major moment is glass artist Preston Singletary, who pushes the boundaries in a medium not known in the Pacific Northwest in pre-contact times. His magnificent glass screen flanked by two house posts inside the Walter Soboleff Building is the largest of its kind in the world. (His major solo exhibition at the Smithsonian’s National Museum of the American Indian in Washington, DC, continues until 29 January 2023.)

Hagen and Rosita Worl both cite the importance of artist-musician Nicholas Galanin on the national stage. The Anchorage Museum is showcasing several of his works, including White Noise, American Prayer Rug (2018), which was featured in the 2019 Whitney Biennial. Galanin, who is based in Sitka, Alaska, has been commissioned to create a piece for Juneau’s new totem trail, and his multi-site work Water Moves Life (2022), a collection of bronze water jugs, is currently on display outside both the Anchorage Museum and the Alaska State Museum, the latter a longstanding bastion of Northwest culture located in downtown Juneau.

“The art and artists have always been here,” Hagen says. “Now there are some much more visible ways to showcase and grow that art and the Indigenous culture that is tied to it.”