With a business model based on invite-only parties and performances, a new itinerant commercial gallery debuts in Athens 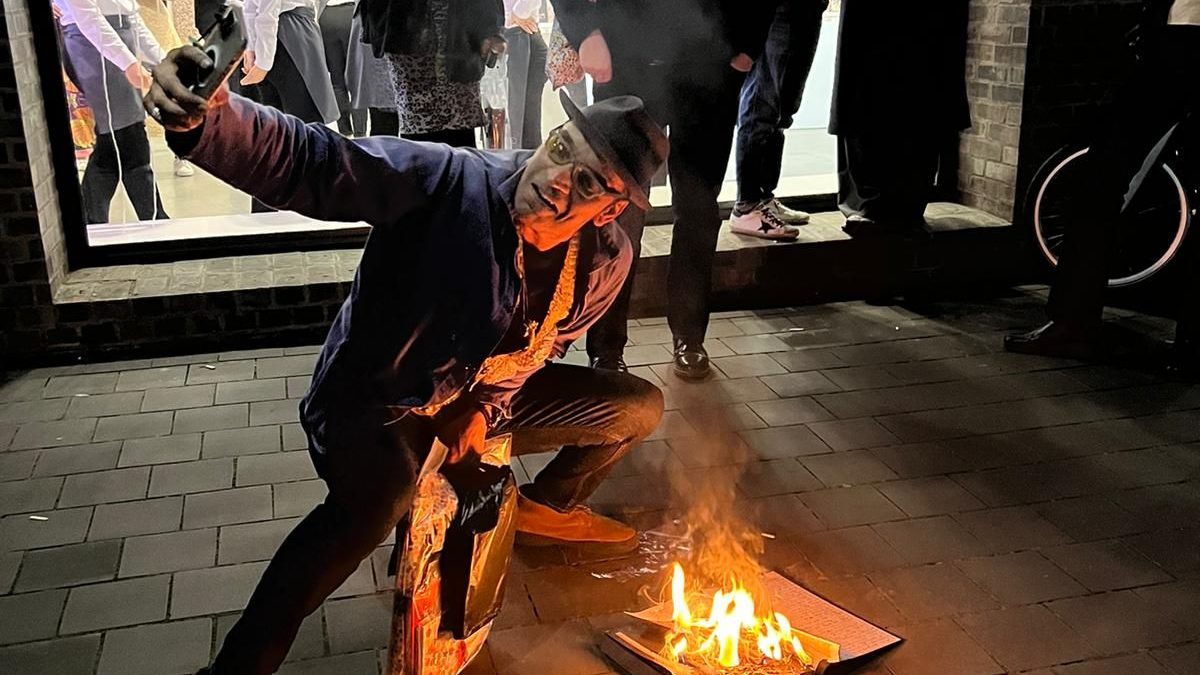 He wore a trilby, appeared slightly drunk and, safe to say, is not a fan of Damien Hirst. Last night at the packed opening of The Currency exhibition (until 30 October), a solo show by the YBA at his own Newport Street Gallery in London, a scene broke out that moved the conversation from one attention-seeking artist to another.

It began in the second-floor gift shop of Hirst’s private museum in Vauxhall, when a man, who identified himself to The Art Newspaper as “Victor, a painter/sculptor” (and not much else), smashed a ceramic plate he had bought moments earlier on the ground. This was not any plate, but one adorned with multi-coloured dots, and pertained to Hirst’s series of Spot paintings.

Thousands of oil on paper works in this style, made in 2016, make up The Currency exhibition, where they hang in glass squares organised into columns that are suspended from the ceiling. Around half of these squares, rather than encasing a work, contain a black-and-white translucent copy of a dot painting. These represent the 4,851 works (of the 10,000 that make up the series) which, upon the artist’s offer last year, were traded in by their owners for a corresponding NFT. Those physical works will be soon burned during Frieze week in London next month as part of Hirst’s statement on value, which “touches on the idea of art as a currency and a store of wealth”, the artist previously told The Art Newspaper.

With Hirst’s stunt in mind, Victor likely saw no reason as to why the YBA would then object to him torching a catalogue produced for the exhibition—he told us that he bought two copies, each for £300, only one of which he will burn. And so—once he had been asked to leave by gallery security after smashing more plates in the lobby—he did just that.

Setting fire to the book on the street outside the gallery, he pointed out: “If [Hirst] is burning his art, why can’t I?”. The flames—around which a crowd quickly gathered like chilly campers—were eventually extinguished by a security guard. Victor then trampled on the book muttering expletives, before sauntering off into the night. In a statement shared with The Art Newspaper he says that the burned book is now on sale for £250,000. He adds that his performance was Dada-esque commentary on the “farce of the art market”.

And while he refused to answer further questions on the night, he did his share his Twitter handle and accept our request to follow his private Instagram. A cursory scroll through both reveal that his artistic practice, fittingly for a man of such “pointed” critique, is largely based on triangles.

A sceptic might ask whether Victor was in fact hired by Hirst to provide a meta commentary on the exhibition’s themes. Newport Street Gallery has not yet responded to a request for comment.