‘Beyond the Visible,’ a Documentary Illuminating the Life and Work of Hilma af Klint, Is Free to Stream 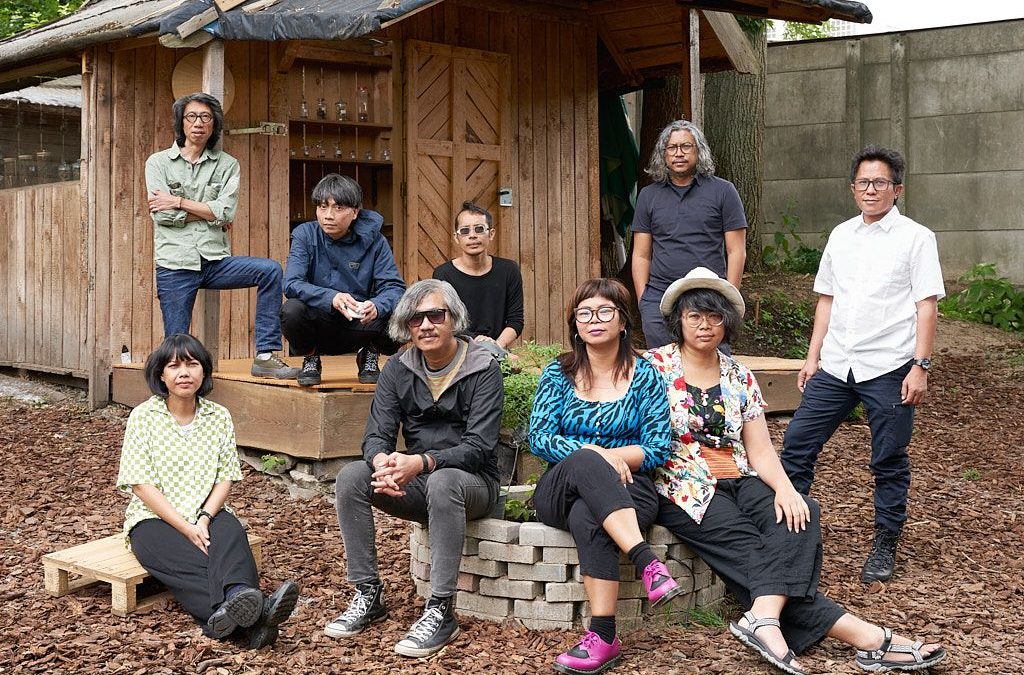 The 15th edition of Documenta, the 100-day exhibition that takes place in the German city of Kassel every five years, closes on Sunday. For many of its organisers this will come a relief: while previous editions of the quinquennial have courted controversy, none in recent history have proved quite as incendiary as this year’s. Multiple accusations of antisemitism and racism have been levelled against both the show’s organisers and participants, as well as the citizens of Kassel, resulting in a row that has arguably overshadowed the show’s content.

With the funding and organisation of Documenta now under the review of Germany’s politicians, we speak to Ade Darmawan, a director-member of the ten-person, Jakarta-based collective ruangrupa, who curated this year’s exhibition. On behalf of the whole group, he discusses how they have dealt with the show’s fallout, what their legacy will be, and what—if anything—they wish they had done differently.

The Art Newspaper: How have you found your experience of curating Documenta?

Ade Darmawan, speaking on behalf of ruangrupa: It’s been really up and down. Fascinating, beautiful but very hurtful and stressful too. We think the wider reaction to our show has shown the frictions that occur when different structures are forced to work together. But despite all the hurt, it’s been great to see that so many of the artists have stayed in solidarity with one another. And all the new network and conversation that emerge and collaborations amongst the artists and also Kassel art ecosystem. The show itself succeeded to become big place to meet and converse not only amongst the artists but also the public, showing the energy of engagement there are more or less 1200 activities or events in different scales, and many locally rooted practice translated beautifully in an open and inviting way.

Did the reactions surprise you?

We’ve been surprised at how the art world has shown itself to be the most conservative of places. But to some extent the pushback was unsurprising. Most Western art institutions have been colonised to such an extent—from education to business models—so when different voices are in charge it becomes a threat. Ruangrupa represents a very different way of doing things and the fact that this show was about placing things into practice, rather than sloganeering, was a real threat to certain authorities—be they museum directors, art market players or even politicians.

In July you released a statement apologising for showing Taring Padi’s banner work People’s Justice (2000). Did you ever consider withdrawing from the show altogether?

Yes that was seriously considered—several times. Even within ruangrupa we considered breaking apart—after all, we have different views and different approaches. But we’re not and I’m happy for it. It’s been great to have think through these issues together in the majelis [the bodies of multiple artistic collectives through which Documenta 15 was structured]. We learned a lot together. We’ve agreed and disagreed but it’s been an enriching process.

Your curatorial concept is based around the lumbung (the Indonesian word for rice barn), which pertains to ideas of collectivism and resource sharing. What were the biggest challenges you faced in implementing that concept and do you think you achieved what you set out to do?

From the outset we’ve made clear that lumbung isn’t merely a theme, but rather a form of practice we have undertaken for many years, and one that comes from an embodied local tradition. It is meant to be enacted, and we feel we have definitely achieved that. We extended this exhibition to incorporate lots of grassroots models that are geared towards art education and activism. It was definitely a real challenge to get all these critical voices together. As was establishing safe spaces for our artists.

That you should mention “safe spaces” is interesting. It’s fair to say that Documenta 15—which has seen exhibition spaces vandalised and participants report incidents of harassment and violence—has failed to act as a safe space. But why did you want to establish one in the first place, especially as so many of the collectives involved exist in response to conflict and scarcity?

That’s a challenging question. Yes, if you conceive of Documenta just as the 100-day exhibition itself, we did not achieve a safe space. But if we look at this show as a journey, we think initiatives like the setting up of Ruruhaus [a cultural centre-cum-living room in a department store in central Kassel] played a really important role in allowing people to rest and find safety. There is a time factor here—the emergence of safe spaces won’t happen within the timeframe of the biennial model. But Documenta 15 provided several spaces that were living spaces, where you could find artists just being themselves and blurring the lines between artistic practice and living. But yes, we live in a violent society and although we tried to establish groups to report and counteract incidents of racism, we don’t know if we really succeeded there. 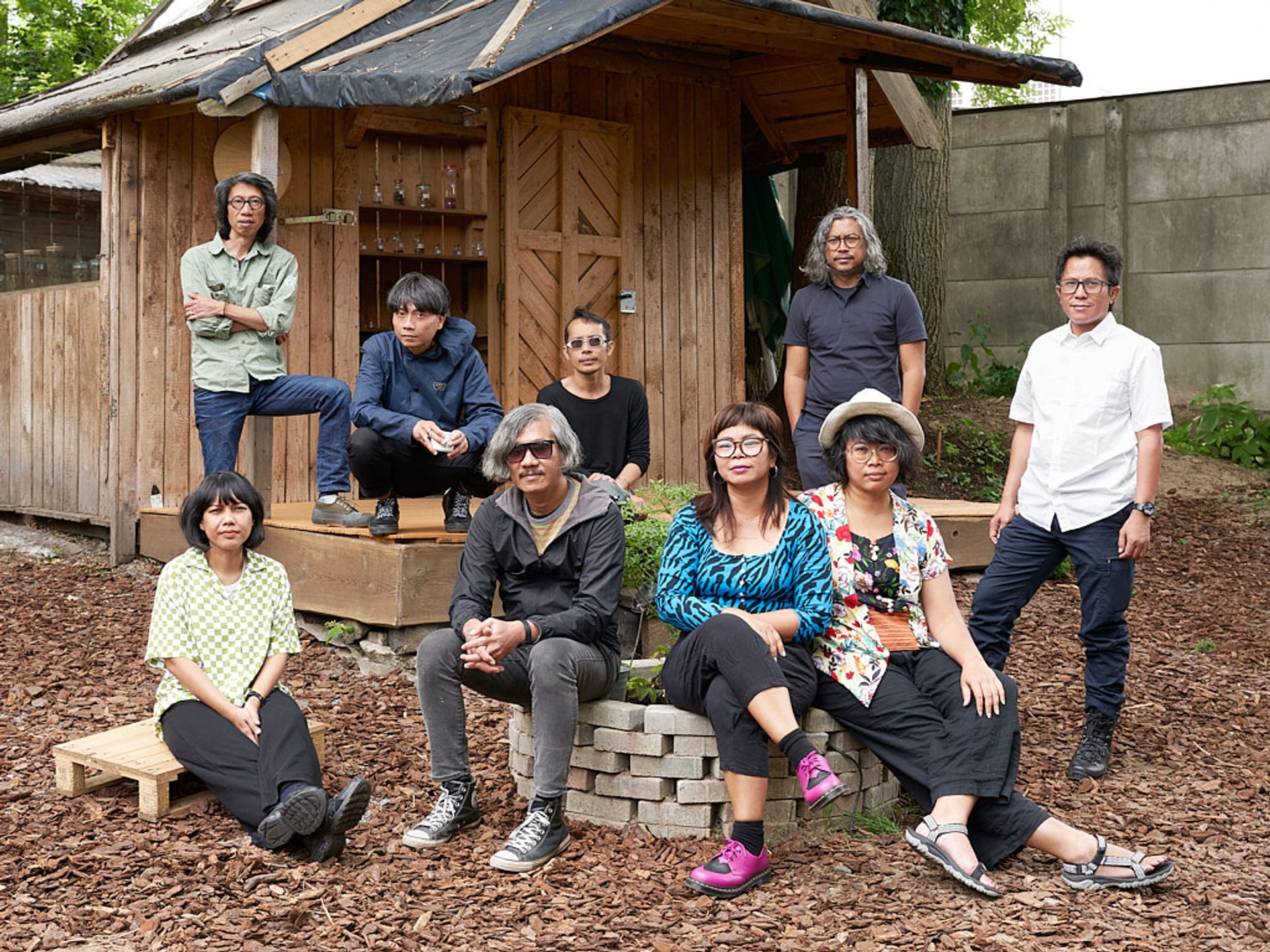 Documenta 15: why is the show so scandalous?

Let’s talk more about the antisemitism issue. A number of critics—including those at The Art Newspaper—have suggested that some of the controversy could have been avoided had there been a greater degree of curatorial control, which your directorship deliberately eschewed in favour of a less-centralised approach. What do you make of this opinion?

We disagree with that angle, it’s something of a trap to say that what happened was entirely because of our curatorial model. Every model has the ability to fail or make mistakes. The more important aspect is how our model dealt with the situation. And we think that debating through the majelis allowed us to make decisions that incorporated many ways of thinking and feeling.

But we think that the fallout raised important questions: Can we change control with trust? Can we adapt hierarchy structures to create another meaning of responsibility? And yes, that approach always comes with a degree of risk. But we knew this, we even wrote that in our handbook, which was made public prior to the exhibition’s opening. Mistakes, trials and errors do occur with experiments.

Moreover, we think there were people who wanted this exhibition to fail. Well before the show opened there was a microscope on us, and the issue was in some ways pre-concluded. That there has been so much fixation on certain issues has unfortunately taken away a lot of energy from artistic direction—at times it felt like we were being asked to fix Germany. This show was largely covered by this one issue of antisemitism, but that was so different from what was happening on the ground. This Documenta is for the people not politicians.

What do you think coverage in the mainstream press has got wrong about Documenta?

We think opinions on this show will definitely change over time. But few publications conveyed that there is no distance between the politics of the art on show and the artists who are making it. That’s what is difficult to grasp. To rationalise it you maybe need some more time.

It is ironic that media spectacle has rather consumed this Documenta, when the idea of spectacle—as it relates to contemporary exhibitions—was something you were trying to reject.

Yes, and as a result I think we think will will only see the real lumbung after this show has closed.

On a curatorial and exhibition-making level, what do you think the legacy of Documenta 15, and lumbung, will be ?

We wouldn’t be surprised if this Documenta is copied superficially. The art world now loves collectivism, after all. We think if it should transform it should transform into an educational platform, rather than another biennial or an institution. The biennial format is hard for us to work in due to its limited time-frame. Even when we worked on the Sonsbeek biennial in the Netherlands, which takes place over several years, we found it was too short.

But if we do a second lumbung (we call this exhibition “lumbung one”) it won’t be an exhibition—that would be too reductive. Rather we will conceive it as a meeting. We are also now looking to find a home for our printing press, the lumbung press. We are in talks to have it stationed at the Museu d’Art Contemporani de Barcelona (Macba).

Few artists in the show have commercial representation. So what happens to the works after they’re shown?

Around 95% artists in the show are without galleries, which is why it was important for us to establish the lumbung gallery, a platform through which a number of the works on show can be bought. In keeping with the philosophy of lumbung, the pricing is totally transparent and based on basic needs. For example, if a collective needs land, we put the price of land into the price. We factor in production costs and then add 30% to the final cost. And we only sell to parties that align with us ethically and politically.

Considering ruangrupa’s legacy, as well as current political discussions surrounding its funding, what do you think the future of Documenta will look like?

We hope the Ruruhaus can stay. Other Documentas have left monuments in the city—we want to leave something less tangible than that.

For Documenta’s structure as a whole—it’s hard to say. We think it should be downscaled, there should be some other business model, because the structure here is so based on local and national politics. Documenta is trapped into a really capitalistic business model that requires it to make things on a big scale, for which you need a big budget, public funding and then it becomes commercialised. And then you can easily question where the art is there.

What would you have done differently?

We would have absolutely downscaled. This exhibition was too big. It’s like a cell—when it grows to a certain size it must split, otherwise it ceases to function. We also wish the exhibition had spread outside of Kassel, where it was very centralised. But we didn’t want to copy the last edition which took place in both Athens and Kassel.

What has this taught you about Germany and collaborating with established Western institutions? Would you do something like this again?

Frankly, we don’t think anyone will offer us the chance to! Germany will cancel us soon anyway, if it hasn’t already. We don’t think we can work within neoliberal infrastructures, whether that be Western institutions or major shows in places like Singapore. Instead, we should now focus on making our own communities, which is something that we’ve begun through the majelis at Documenta. Developing knowledge within its own ecosystem is much more interesting—and important—to us.

We think we’ve realised fully that ruangrupa’s working structure is not adaptable to big “dinosaur” institutions like, say, Tate. We can only change superficial things there. This will be the last institutional thing we do. As a collective, we have an internal institutional system as well, and that is much more rewarding to nurture.