Anarchy in the UK (well, at Sotheby’s)—Sex Pistols art to go under the hammer 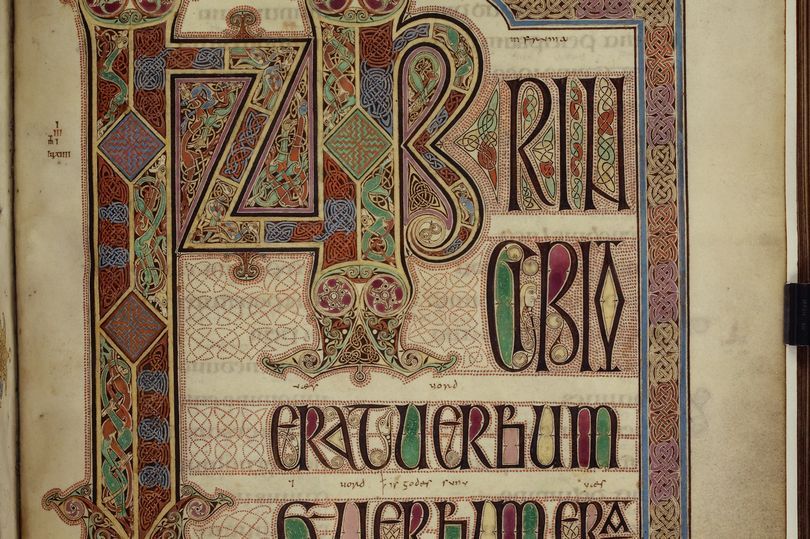 Which is the greatest treasure, an 80-year-old runner’s vest, a Paisley scarf once used to capture an escaped parrot, or the Lindisfarne Gospels, arguably the most beautiful work of art ever made in the north east of England?

The gospels have headed north this month on loan from the British Library to the Laing Gallery in Newcastle (until 3 December), not far from the tiny island where 1,300 years ago a monk called Eadfrith enriched his text with illuminations of dizzying complexity. When Viking raids exiled the monks from Lindisfarne, they carried with them their greatest treasures including the gospels, and the body of Saint Cuthbert whose shrine became the kernel of Durham cathedral. The gospels left Durham’s library in the dissolution of the monasteries, and after more wanderings came to the British Library with the Cotton manuscript collection in 1753.

Their world renown is a huge source of both local pride and regular Parthenon marble-ish muttering that they should return permanently. They were last loaned north to Durham in 2013—which will be repeating its spectacular projection of images from the gospels on the cathedral walls—and Newcastle in 2000. This time a full-price ticket for the Laing exhibition will be £12, but a parallel free exhibition (These Are Our Treasures, until 11 February 2023), organised by the artist Ruth Ewan, will house 100 objects loaned when local libraries asked people what they regarded as real treasures: the exhibits will include a red silk handkerchief made by the owner’s dressmaker mother for her then boyfriend (her employer allowed her to use a worthless scrap of cloth from the end of a roll, but charged her for the thread). We don’t know what happened to the parrot by the way.