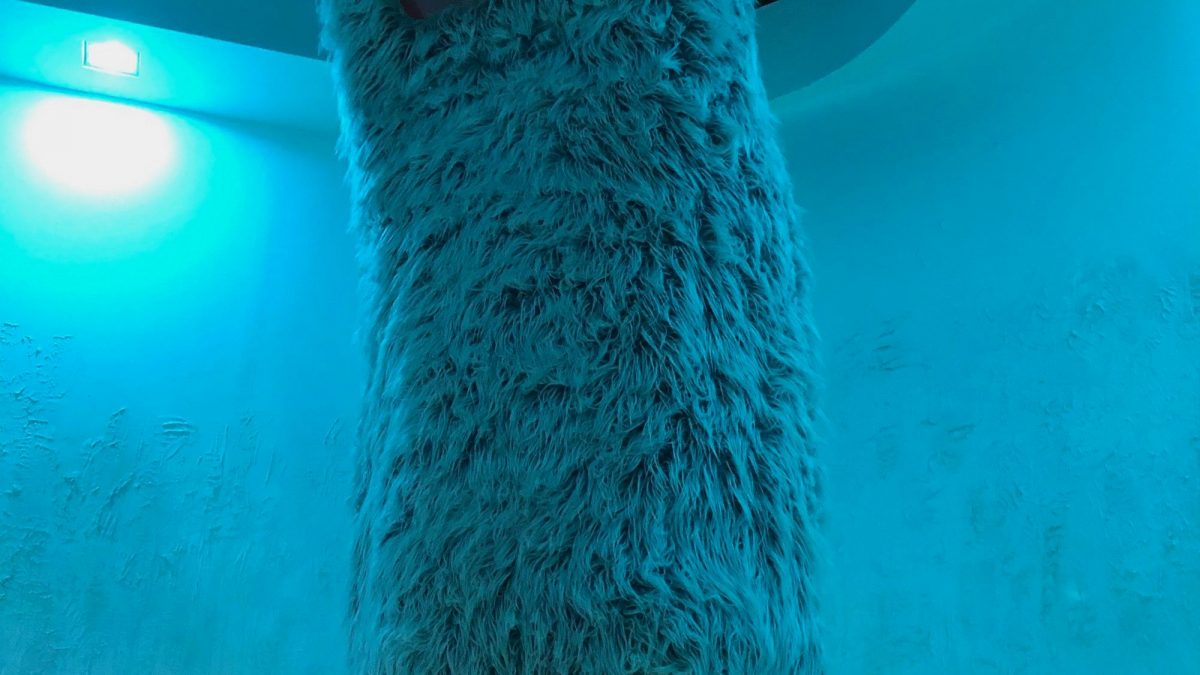 A federal judge in New Mexico has dismissed an artist’s claims that the art corporation Meow Wolf infringed on her copyright. Lauren Oliver, who created and installed a monumental sculpture known as Space Owl at the popular House of Eternal Return (HoER) immersive attraction in Santa Fe, New Mexico, filed her original complaint in March 2020, accusing Meow Wolf of breaching contract and violating the Visual Artists Rights Act (VARA), among other claims, by using the Space Owl image in supplementary material. She sued the company for more than $1m, arguing that she had not received fair compensation for her work, which is the centrepiece of her climate-change-themed environment Ice Station Quellette (ISQ).

Judge Kirtan Khalsa of the New Mexico District Court said in an order filed 12 September that Meow Wolf “holds an irrevocable implied licence to display the work” at the Santa Fe site. Implied licences permit certain uses of a protected work by the licensee, a party who has typically paid for the work’s creation or some physical form of the licensor’s intellectual property (IP). “Plaintiff’s objective intent was to grant an implied licence to display ISQ to the entity or entities operating the HoER for the first ten years,” Khalsa writes, referring to Meow Wolf’s ten-year lease on the Santa Fe building.

Oliver first created her Space Owl character, a furry, wide-eyed, horned creature, in 2006. In 2015, she made a new version of it for HoER, Meow Wolf’s first permanent installation, which fills 20,000 square feet of a former bowling alley with Instagram-ready immersive art. At the time, Meow Wolf had not incorporated and existed as an artists’ collective. Representatives offered Oliver a $1,000 stipend, covered some material costs, and noted in an initial email that she would retain all IP rights, although Meow Wolf would own the final work. They also offered her a $10,000 “revenue share stipend”, which founder Sean Di Ianni later described as “essentially a verbal commitment to artists to pay out a portion of our revenue to artists after we reach a certain revenue trigger,” according to court documents. That number was later revised to $7,000.

According to Khalsa’s order, Oliver says she never received a contract, but Meow Wolf co-founder and senior creative director Caity Kennedy recalls looking at a contract together. Oliver later redirected her stipend to an artist who had helped her install Space Owl and ultimately received only a portion of her revenue share, because Meow Wolf had told Oliver she had to execute an IP assignment to receive the check. The company had also begun calling its revenue sharing program the “Artist Bonus Program”, which, Oliver argued in her 2020 suit, amounted to Meow Wolf cofounder Vince Kadlubek “making personal, arbitrary decisions about who got what”.

“Although a significant portion of ‘Meow Wolf’s’ value is due to ISQ and the Space Owl, to date, Plaintiff has received only $2,000 from ‘Meow Wolf’ for her work,” Khalsa’s order reads. HoER generated $6.8m in revenue in its first year; in 2018, it welcomed its one-millionth visitor and generated $90,000 on its highest-grossing day.

That year, Oliver accused Meow Wolf of violating her rights when she noticed images of the Space Owl, which had become one of HoER’s signature attractions, in books sold at the venue’s gift shop and in a documentary. Kadlubek later gave her the option of selling all rights to Space Owl or removing the entire ISQ installation without additional compensation. Doing so, Oliver claimed, would have required destroying the Space Owl. In March 2021, her counsel sent the defence a letter demanding that Meow Wolf stop displaying ISQ.

But her previous conduct, the court ultimately decided, suggested that she was “far from objecting” to this display. The order notes that Oliver produced “ISQ-themed items to be sold on consignment in the HoER’s gift shop” and “actively sought to profit” from the installation, receiving more than $20,000 from these sales between 2016 and 2019.

“As such, Plaintiff’s conduct after creation and delivery confirms her intent for the licence to vest in the HoER’s operators for the first ten years of the exhibit’s operation,” the order reads. “Even viewing the facts in the light most favourable to Plaintiff, [this case] involves multiple companies running a single business that has continuously used Plaintiff’s single work as she intended it to be used.”