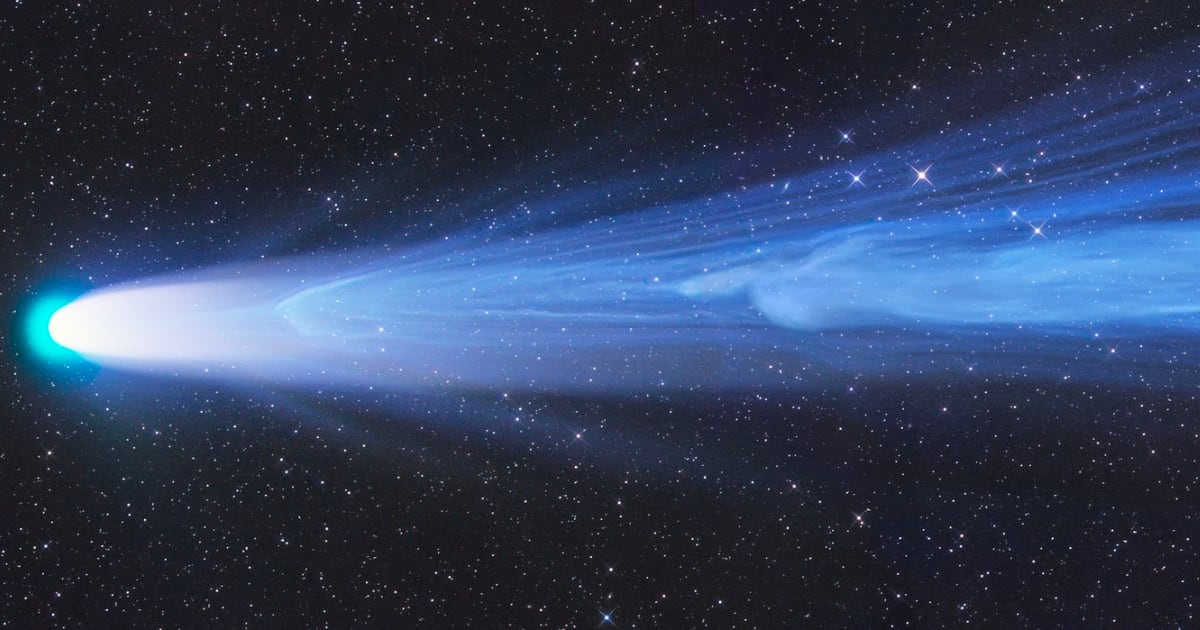 The brilliant Comet Leonard put on a mesmerizing performance late last year when it streaked across the sky on Christmas Day. Expelled from the solar system shortly after, the celestial matter captivated photographers around the world during its brief stint of visibility, including Gerald Rhemann who captured the illuminated body as its gas tail disconnected from its nucleus and was swept away by solar wind. The incredibly rare and brief event also garnered Rhemann the top prize in this year’s Astronomy Photographer of the Year contest.

Hosted by the Royal Observatory Greenwich, the 14th-annual competition received more than 3,000 entries from 67 countries. This year’s collection includes a glowing, avian-like aurora over Murmansk Oblast and the International Space Station as it flies over the Apollo 11 moon-landing site—the latter was taken by Andrew McCarthy, whose galactic photos have been featured multiple times on Colossal.

Explore all of the winning images on the contest’s site, and if you’re in London, stop by the National Maritime Museum to see the photos in person through August 13, 2023.

Related posts on Colossal about astronomycometscontestslandscapeslightmoonspacestars