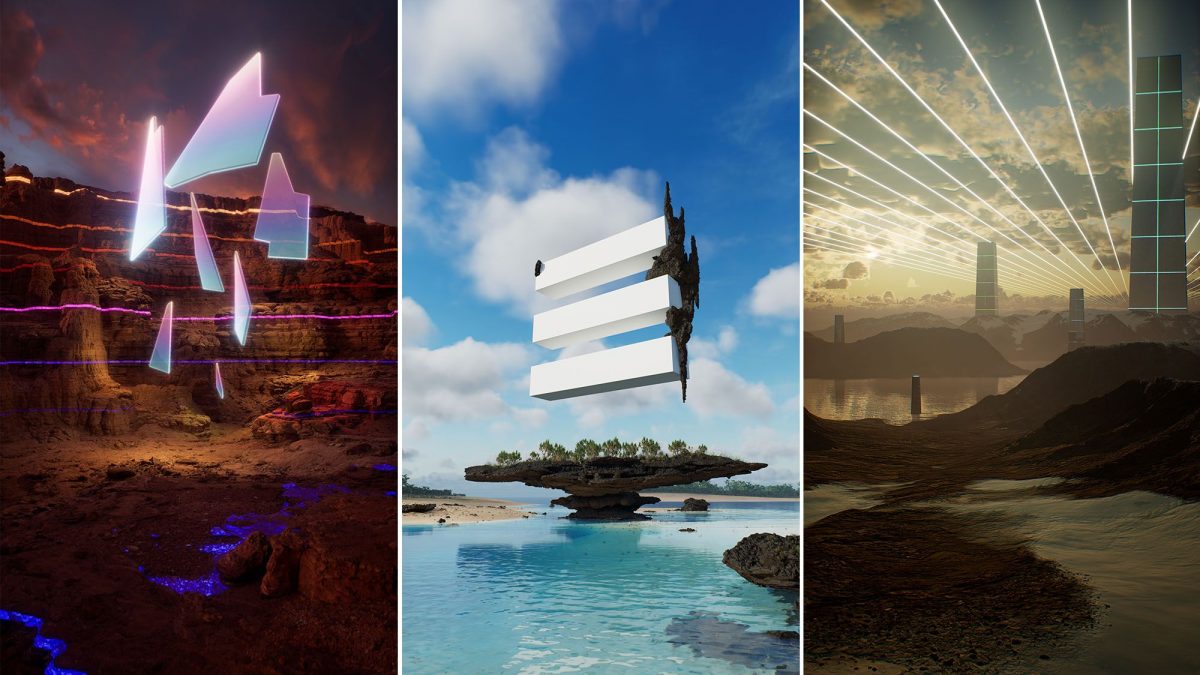 In the last three decades, the art world has started to shake off the slumber of climate crisis indifference. Little by little, artists and institutions alike started to catch up with what the public of the early 2000s still saw as a scientific theory, not a real threat. As a result, we have reached a point where the visual language of the climate emergency has reached extraordinary heights of sophistication. Still, we are yet to focus on what is socially and politically influential.

Whoever has been lucky enough to see Olafur Eliasson’s Weather Project (2003) in person will know what I mean when I say that the climate crisis can be a valuable device to evoke both the awe and terror of the sublime. At one point in the Turbine Hall of Tate Modern in London, the widely-acclaimed installation placed visitors in a tall tunnel of sunset light, breaking through a dense fog. The ‘sun’, hanging high up in the darkness, is a massive globe of burning light. The range of responses to Eliasson’s piece showcased that it was experienced as a beautiful contemplative space and a post-apocalyptic vision of the Earth charred and emptied.

This unique vocabulary of the picturesque climate crisis has been taken on by younger generations of artists and spun in myriad ways. Fabien Barrau’s image of the Statue of Liberty drowned in the ocean exemplifies the sombre imagery of young digital artists. But do these post-apocalyptic visions do anything more than instilling a dizzying sense of inescapable doom? There is a danger of rocking back and forth in hypnotised awe of the horrors ahead: if we are too paralysed to change course, we may roll straight off the cliff.

The carrot to go with the stick

The visual arts have the remarkable ability to, over time, blunt the edge of the frightful. But the public grows desensitised to horror all too easily. So instead of fatalistic imagery, I propose that we work to find a language that will encourage the public to take climate action instead of hectoring them back into indifference or fatalistic hopelessness.

It is difficult to imagine that to encourage someone seriously ill to start treatment, one would describe their funeral to them in elaborate detail. Climate action is a positive act that requires the entire population to believe that positive change is achievable. This year marks 50 years since the first United Nations climate treaty and the start of large-scale human climate action. It has grown from a niche practice into an urgent global movement, and its successes and gargantuan challenges are undeniable.

Yet, the daily bombardment of news about the highest recorded temperatures or the shrinking ice caps is exacerbating a feeling of exhaustion and helplessness resulting in collective inertia. As artists, we need to find ways to inspire people into action through hope, through visions of where our planet could be in years to come if everyone joined in the effort.

For me this began with the story of what climate action has already achieved. For my latest artwork 50-50 (2022), created in collaboration with the UN Science-Policy-Business Forum and patron Jonathan Lett, I was given access to decades of climate datasets showing the impact of human climate action on critical biodiversity areas. Inspired by the natural world and the utopian architecture movements of the 1960s, I created a symbolic representation of this data as a virtual world in which abstract sculptural and architectural forms interact harmoniously with vast living natural landscapes, with a soundscape by Giovanni Agusta evoking the emergence of hope from melancholy. Data art often takes the form of abstract, flowing, ethereal CGI forms, but Giovanni and I wanted to literally show the data in the landscape, and the audio composition was uplifting in its sense of space and hope.

50-50 was first unveiled to the public in June 2022 at Kungsträdgården in Stockholm and will be displayed at the United Nations in New York during the UN General Assembly (until 27 September) and Climate Week (19-25 September). My mission for this artwork is to use the real impact of climate action to inspire hope for what can be achieved if we all participate, governments, individuals and companies alike—to show us what we’re fighting for and against. This hope should not be blind and 50-50 is not about sugar-coating the truth, so the piece also contains a stark warning about the scale of the challenge that remains.

At the same time we are working on preparing our next exhibition, Mega City None, which will be shown in Shanghai this winter. Building on my exploration of architecture and nature, I’ll be examining the notion that our rapid urbanisation will bring most of humanity together in cities is outmoded, as we have seen in the response to the Covid-19 pandemic. Humanity can explore and reinvent a future we want to believe in with a technological return to the countryside. This exhibition will celebrate this future with ideas and visions to help open a dialogue.

Utopian visions of an Earth that has been healed and regenerated are just as crucial as the eye-opening images of its imagined end; and the lack of either can only lead to a collective crisis of imagination. Climate art has to offer a carrot along with the stick to have the biggest possible impact and to galvanise society into the swift action needed to mitigate the effects of the crisis. The world’s beauty and wonder cannot be forgotten when we speak about the future; we should use it to communicate the power of positive action and hold onto the hope that if right now we can inspire some, one day we could inspire all.