William Klein, photographer who captured the bustle of New York City and brought high fashion into the streets, has died, aged 96 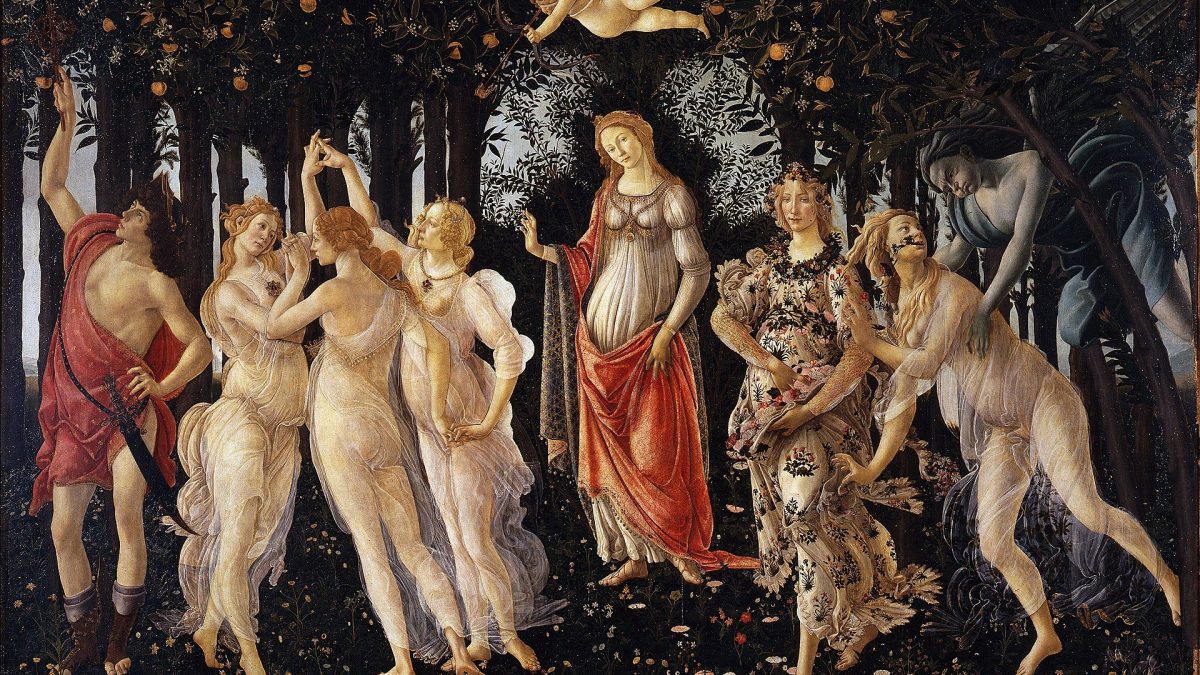 There are few more glorious moments in the history of art than Quattrocento Italy. It was a time when painters were becoming as inspired by nature—human, sexual and environmental—as they were by God. Thanks to the Neo-Platonist ethos which said that worldly love was a route to its divine sister, artists succeeded in fusing both strands into spectacular packages. The apotheosis must be La Primavera (late 1470s or early 1480s): Botticelli’s painting of the Roman goddess Flora floating through a forest of fruits and flowers wearing a dress adorned with exquisite blooms.

Although Botticelli disliked landscape painting, the fact that he, or more likely his assistants, bothered to depict no fewer that 500 plant species in La Primavera reveals he was part of a culture enchanted by the natural world. Ditto Giorgione, whose painting La Tempesta (around 1502), which unfolds in a tree-dotted, riverside glade under a storm-ripped sky, is one of the earliest paintings to make landscape a protagonist.

Anyone who loves La Primavera and La Tempesta should support the new generation of eco-warriors, Just Stop Oil and, in Italy, L’Ultima Generazione, who have recently glued themselves to both these masterpieces.

Compared to the suffragette who ripped through Velazquez’ Rokeby Venus (1647), their actions are tame. Yet the climate activists, at least in most mainstream media, have been written off as “eco-nutters”.

But desperate times call for desperate measures. From the 2019 flood that nearly destroyed Venice to the intolerable temperatures that afflicted the UK this summer, and last month’s floods which put one third of Pakistan under water, the symptoms of global warming are too violent to ignore.

Yet still we bury our heads in the sand. In Britain, climate policy played a minor role in the campaign for the Tory leadership. The new Prime Minister Liz Truss has committed to a new round of oil and gas licences. Although UK energy companies are set to reap £170bn in excess profits and despite the evidence, as seen in the recent BBC documentary Big Oil vs The World, that fossil fuel companies lied for decades about their part in climate change, Truss won’t tax them to pay for a bill freeze. Over 95% of the Conservative Party, who were responsible for choosing their leader, said achieving net zero was not one of their top three priorities.

That apathy is widespread. Interviewed on Good Morning Britain, a Just Stop Oil spokesperson reeled out one terrifying statistic after another. “We are on the road to three degrees of warming,” she said. “The United Nations are telling us that if we get to 1.7 degrees of warming, half the population will be exposed to climate conditions that are unliveable.”

The hostility triggered by Just Stop Oil reflects our collective disconnect to climate change. It’s that disconnect which has driven them to extreme action. Their actions may seem “childish”—as the Good Morning Britain presenter alleged—but it got the subject aired with the urgency it deserves on primetime TV.

The decision by Just Stop Oil to focus on museums testifies to art’s ability to grab headlines. But, as artists from Goya to Forensic Architecture, have proved, art can also articulate truths to power in ways that influence our world.

The climate emergency demands art fulfil that role now. On one level, artists and art institutions have been dynamic around climate change. Vast quantities of eco-art has been produced. It’s de rigeur for institutions to have a curator for environmental issues and carbon footprints are measured assiduously.

But this is nowhere near enough. It’s not even sufficient to drop sponsors with links to oil and gas extraction. Just Stop Oil and L’Ultima Generazione have received funding from the Climate Emergency Fund, whose founders include Aileen Getty, grand-daughter of oil magnate and art collector J Paul Getty. That the grand-child of an oil tycoon can recognise the damage caused by fossil fuels is a sign of how drastically times have changed.

The activists’ demands are not extreme. They want a cessation to new fossil-fuel licenses and for museums to actively support that goal. If the custodians of those spellbinding paintings, and by extension the planet they celebrate, wish to honour those commitments, they should start lobbying Truss now.