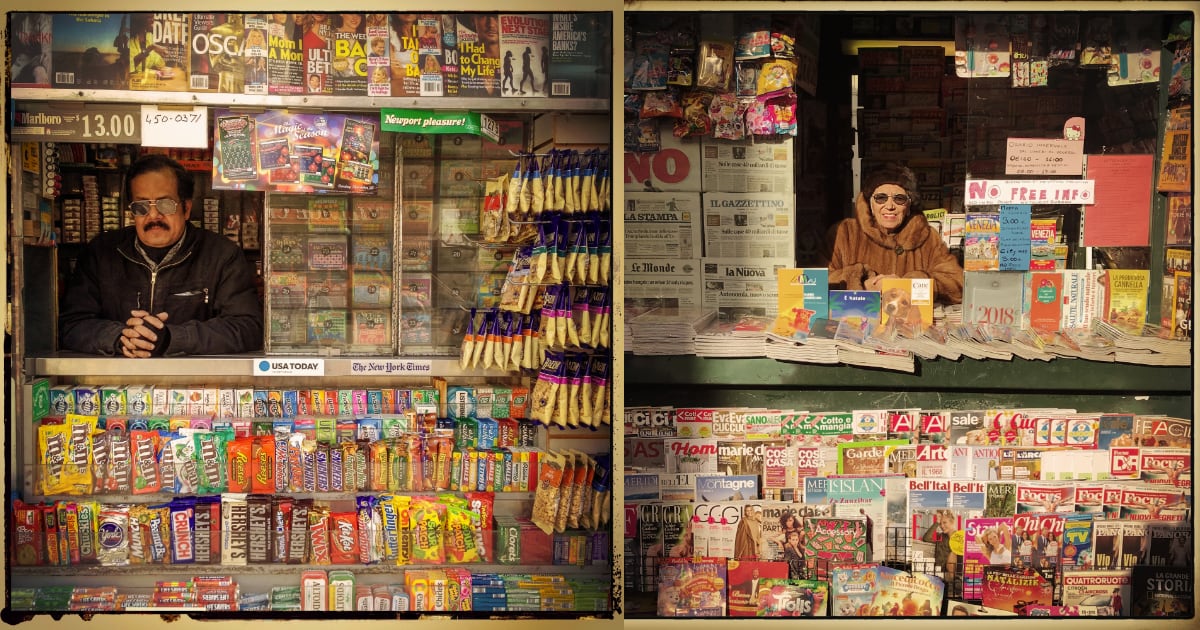 No matter the city, there are certain fixtures that are universal among urban settings: corner stores, infrastructure for public transit, pockets of green space, and of course, newsstands, which are the subject of a compelling series by Los Angeles-based photographer Trevor Traynor.

Traynor began capturing the small kiosks back in 2012, when he snapped his first image with his iPhone 4S. During the next seven years, he visited 20 cities around the globe—the list includes New York, Jersey City, Los Angeles, London, Paris, Barcelona, Lima, Cusco, Punta Arenas, Venice, Milan, Rome, Naples, Pozzuoli, Jerusalem, Dar Es Salaam, Tokyo, Kamakura, Cairo, and Marrakesh—and photographed the ubiquitous stands and their operators. Taken from the same angle, the images highlight both the similarities in construction of each space and the periodicals, advertisements, and snacks that vary by location.

Having wrapped up the series with 100 images, Traynor plans to compile all the works in a book slated for release next year. Until then, view the entire series on his site, and follow him on Instagram for updates. (via Present&Correct)