At Independent 20th Century, artists who pushed material boundaries get their dues, belatedly 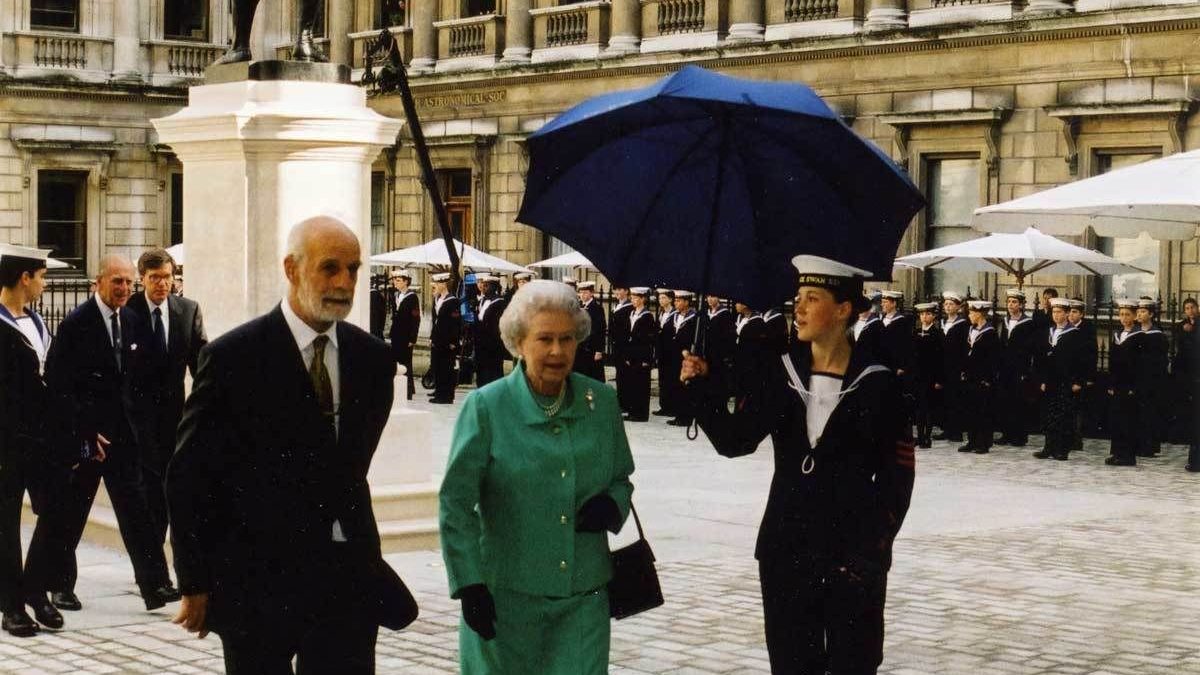 She was known as the proprietor in trust of one of the world’s greatest art collections. But Queen Elizabeth II, who died yesterday aged 96, also flew the flag—literally and metaphorically—for numerous arts bodies during her reign. The late monarch supported and endorsed at least 30 arts organisations, from major institutions such as the Royal Academy of Arts (RA) in London to under-the-radar bodies such as The Royal Watercolour Society, an educational charity based in London.

A timeline on the Royal Academy website outlines “70 years of patronage”, highlighting the visits Her Majesty made to the London-based institution during her reign. In 1955, for instance, the Queen visited the Royal Academy Schools, a first for a monarch. “Treasures from the RA’s collection were laid out for Her Majesty to see, including a paintbox that belonged to her great great grandmother Queen Victoria, a keen amateur artist,” says a statement.

Why was the queen’s patronage so important for the RA? Its former secretary and chief executive, Charles Saumarez Smith, tells The Art Newspaper: “Being a royal institution gave a sense of long-term stability, independent of government control. When I was at the Royal Academy, I discovered that being royal remained very important, as well as being an academy. It had been founded by George III; the Prince Regent had given it casts; it remained independent of government; we met with the Queen and were answerable to her, not the state.”

Axel Rüger, the current chief executive of the Royal Academy, outlines how the institution reported regularly to the monarch. “There was strong and unwavering support from the Queen for the Royal Academy; she signed all the duties of the Royal Academicians, for instance. It felt like much more than just a letterhead [exchange],” he says.

“She has been an anchor of stability; 70 years in public service commands respect on a human level,” he adds. And will King Charles III now take over as patron? “We will have to request this; we hope he will follow in the tradition,” says Rüger. How UK institutions continue and prosper under the patronage of King Charles III remains to be seen. “Prince Charles has been involved with an incredible number of institutions—quite actively involved, and I think to their real benefit. I hope this will continue,” adds Saumarez Smith.

The prestige of the royal brand arguably plays a part, giving clout especially to organisations with charitable status such as the RA and the Art Fund. The Queen became patron of the Art Fund in 1953 at a time when the UK and its museums were navigating the aftermath of the Second World War, says its director Jenny Waldman.

Royal connections also help raise revenue. “Her Majesty’s royal patronage of Art Fund was felt during the campaign to acquire the Armada Portrait of Elizabeth I for Royal Museums Greenwich in 2016,” says an Art Fund statement (the portrait was bought by Royal Museums Greenwich in London after a fundraising campaign which secured a £7.4m grant from the Heritage Lottery Fund).

The chairman of the Art Fund, Chris Smith, stresses that the late Queen’s “patronage over six decades helped shine a light on the importance of protecting works of national significance and the need to cherish and maintain public collections across the UK for everyone to enjoy. We are incredibly grateful for the long years of dedication she showed to our work”.

In arts education the royal brand still matters. Paul Thompson, the Vice-Chancellor of the Royal College of Art in London, says in a statement: “Her Majesty the Queen has shown an unwavering commitment to the cultivation of the arts throughout her lifetime of service and it is an honour for the college to be a member of the small circle of prestigious, world-renowned arts education institutions to bear the Royal title.”

Her influence as a soft power ambassador abroad was also key. “I think she remained particularly important in the Commonwealth. Remember that Australia voted to keep her as the head of State, with ultimate responsibility for its government, not entirely nominal,” adds Saumarez Smith.

Crucially the Queen also recognised key cultural figures via the Order of Merit, which was established in 1902 by King Edward VII. The order is “a special mark of honour conferred by the Sovereign on individuals of exceptional distinction in the arts, learning, sciences and other areas such as public service”, says the UK government website.

“Restricted to 24 recipients (plus a small number of honorary members who are not British subjects or Commonwealth citizens), the ‘OM’ is one of the most exclusive clubs on Earth, and certainly the most accomplished. It is also the most personal of royal awards, for both recipient and giver,” writes Dominic Green in Sotheby’s magazine. Current members of the Order of Merit include the artist David Hockney, Neil MacGregor, the former director of the British Museum, and the architect Norman Foster.

Green adds that Rudyard Kipling and Francis Bacon were rare refusals of the Order of Merit, and David Hockney (2012) only accepted because “it would have been ungracious to turn it down”. But Lucian Freud (1993) accepted wholeheartedly, writes Green. “It was good to accept,” Freud, a child refugee from Nazi Germany said. “After all, Britain had taken me in.”

Meanwhile, institutions under the Queen’s patronage may want to “display or share images of previous royal visits” according to government guidance on the period of mourning. The guidelines also state that “public museums, galleries or similar venues are not obliged to close during the national mourning period. Organisations may choose to close on the day of the state funeral, however there is no obligation to do so and this is at the discretion of individual organisations.”