Queen Elizabeth II, proprietor in trust of one of the world’s greatest art collections, has died, aged 96 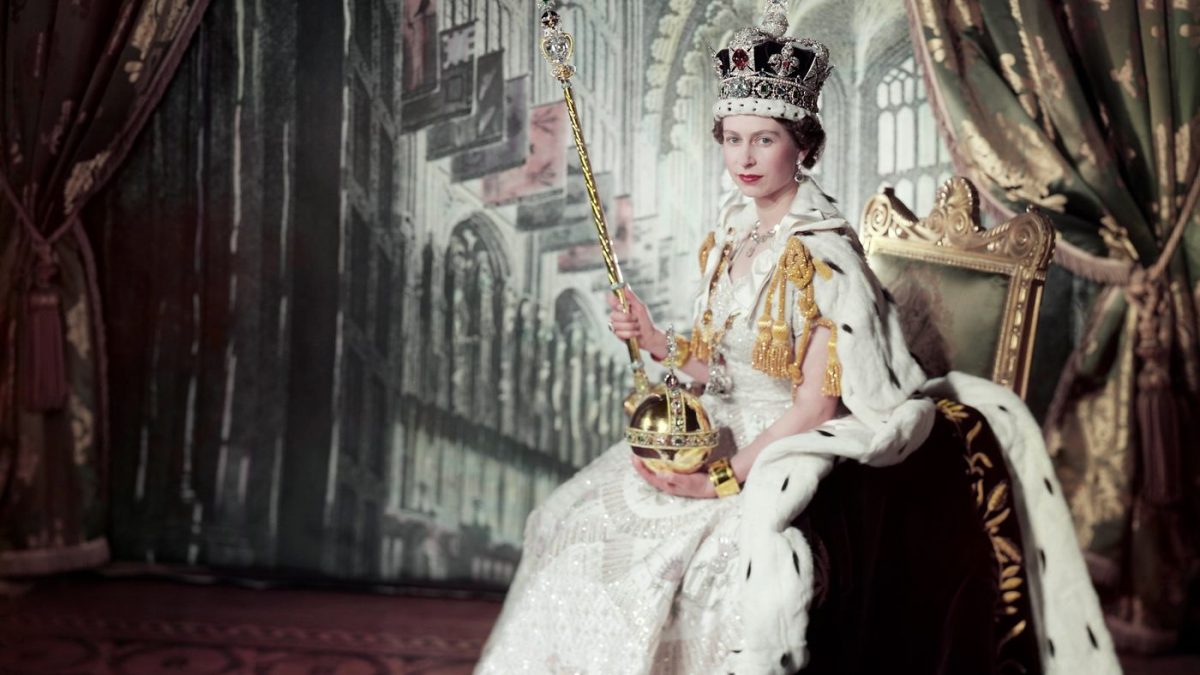 Queen Elizabeth II, the first British monarch to celebrate a platinum jubilee, became the most famous woman on the planet, spawning a multitude of images bearing her likeness in every conceivable medium. Yet, despite being recognised in every corner of the globe, she remained largely an enigma, familiar yet unknown, a symbol rather than an individual.

Amidst the plethora of portrayals here are six of the best. They communicate as much about the changing status of the monarchy and individual artistic aims as they do about what went on behind the façade of an obdurately impregnable monarch.

Adorned with the full regalia of Imperial State Crown, orb and sceptre and clad in ermine cloak and a golden Coronation gown designed by the couturier Norman Hartnell, the Queen is presented as a full-throttle fairytale monarch with Beaton further ramping up a theatrical sense of history with a painted backdrop of the Gothic Lady Chapel in Westminster Abbey. This confection of heritage glitter and glam was deliberately intended to pep up a gloomy post-war Britain, but at the same time the young Queen seems almost to be subsumed by all her ceremonial garb.

Commissioned by the Worshipful Company of Fishmongers and still housed in Fishmongers’ Hall next to London Bridge, this is an unashamedly romantic portrait steeped in the style and techniques of the Renaissance, with more than a pinch of added baroque swagger.

Swathed in the robes of the Order of the Garter, Elizabeth comes across as aloof and regal but she is also a moody heroine straight out of the Daphne du Maurier novels that were especially popular at that time. Gazing out into the distance, the dashing monarch is set against a stylised landscape that owes more to Quattrocento Tuscany than 1950s Britain. High on drama, low on psychology, Annigoni’s three-quarter-length image of a Queen firmly at the nation’s helm was a big hit with the British public, attracting ten-deep crowds when it was shown at the Royal Academy, in London, in 1955.

Jamie Reid’s artwork for the Sex Pistols’ single God Save the Queen is arguably the most iconic punk image of all time. The fact that it was designed in 1977, in the year of the Queen’s silver jubilee, makes it all the more provocative. Reid’s violent subversion of a classic black and white photo of the Queen (taken by the royal photographer Peter Grugeon)—by ripping away the eyes and mouth and substituting the title of the single and the band’s name using lettering cut out of newspaper headlines in the manner of a ransom note—offers the perfect visual expression of the Pistols’ snarling lyrics: “God Save the Queen/she ain’t no human being/There is no future/in England’s dreaming”.

Here, the monarch has been reduced to a violated cypher, floating over the Union Flag and, by implication, blind to the mess that the country is in. Her features have been torn away in the same manner as the punk movement wanted to tear down society—including the monarchy.

Freud’s 2001 portrait of the Queen is one of his smallest paintings, measuring approximately nine and a half by six inches, but it packs a powerful punch with the entire composition filled by the Queen’s face and topped off by the glittering 1820 Diamond Diadem that Freud specifically requested she wear. The portrait was not a commission. Freud asked to paint the Queen, she agreed, and he then donated the work to the Royal Collection Trust.

Contrary to his usual practice of summoning sitters to his Holland Park studio, Freud travelled to St James’s Palace and the Queen sat for him over a six-month period, between May and December 2001. Opinion remains divided over Freud’s forthright, unflattering but expressive likeness of the ageing monarch. Some have seen his portrait as a symbolic stand-in for the artist himself and there are undoubted similarities between some of the facial features in Freud’s likeness of the Queen and those of his own late self-portraits.

Chris Levine’s Lightness of Being (lenticular print, 2004), a striking portrait of the Queen in full ceremonial garb with her eyes closed and seemingly emanating white light, came about by chance during a sitting at Buckingham Palace for a portrait commissioned in 2004 by the Jersey Heritage Trust. The official portrait, showing the Queen with her eyes open and wearing the same diadem as in the Freud portrait, was taken by Levine using a high-resolution digital lenticular camera, which takes around 200 shots whilst it moves on a 360 degree track around the sitter.

Because the camera needed to be reset after each circuit, Levine suggested that the Queen relax while they were making the adjustments and it was only later that he realised he had inadvertently captured her in repose. Since then Levine has repurposed this serendipitous image in a number of different forms, including a version featuring 1,100 white diamonds to mark the Diamond Jubilee in 2012.

Hew Locke has made many works portraying Queen Elizabeth II, all of which express his ambivalent relationship with the British monarchy and the nation’s colonial legacy. This stems back to the artist’s childhood spent first in Scotland and then in the former British colony of Guyana, followed by an adult life spent in Brixton, south London.

Locke’s mixed media assembled sculpture from his House of Windsor series is made from an overload of cheap plastic toys and trinkets — disposable products of the global economy — which simultaneously create, adorn and undermine the image of the monarch.

The title refers to the Koh-i-Noor (“Mountain of Light”) diamond, one of the largest diamonds in the world, which was ceded to Queen Victoria the year after the British annexation of the Punjab in 1849. Since 1937 the giant gem has been set into the crown of the Queen Mother and housed with the rest of the Crown Jewels in the Tower of London.