Investigation of Vermeer painting reveals ‘startling discoveries’ about his technique 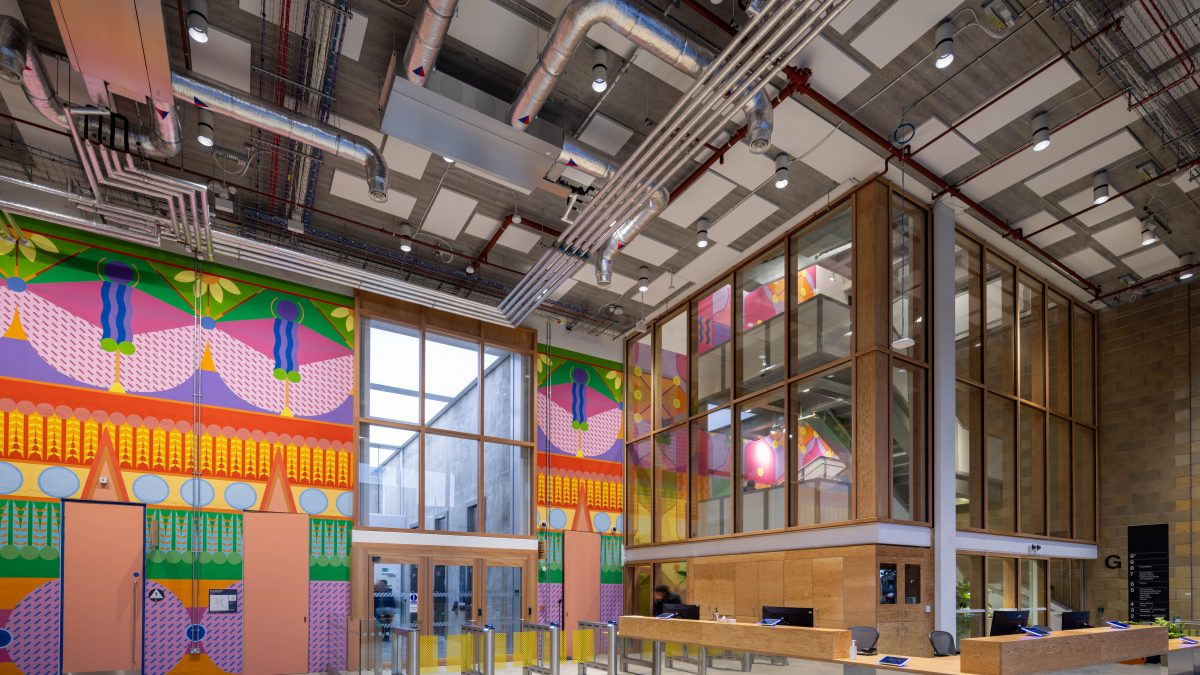 Meta is readying its vast new King’s Cross offices in London, and the art has already gone up on the walls. The parent company of Facebook and Instagram has commissioned site-specific works by 22 artists across two separate buildings via Meta Open Arts, the company’s art and design arm.

The works will be accessible to the public at the new office complex at 10 Lewis Cubitt Square this weekend as part of the Open House festival (10-11 September). Contributing artists include the designer Yinka Ilori, Mary Evans, Mark Titchner and Jeremy Hutchison whose practice revolves around writing letters to Mark Zuckerberg, the founder of Facebook.

Hutchison began sending the messages to the controversial social media innovator and tech billionaire early 2019, posting images of his messages on his Instagram account that touch upon issues such as climate change and data privacy. In October 2020, Hutchison said that Zuckerberg had agreed to an “informal conversation” to be conducted on Instagram live, which turned out to be a prank.

In his piece for the King’s Cross Meta office, entitled The Wide World Web, Hutchison collaborated with 12 sign painters from five countries, including Cambodia and Senegal, who each produced a mural in an internet café in their hometown. These murals have been reproduced on a corridor wall (contributors include Adama Seck from Dakar and Tapan Ghosh from Kolkata).

Hutchison tells The Art Newspaper: “My practice often deals with the relationship between complicity and critique. My correspondence with Mr Zuckerberg explores my complicity with his imperialistic business model. In accepting this commission I wanted to deepen this complicity: to get into murkier territory.”

He says: “I think a lot about… whether [Meta’s] digital expansion can support difference and diversity, or whether it functions as a vessel for Western values and digital extractivism. I wanted to create a platform for voices across the Global South to express the unassailable value of local culture, difference and diversity. And to put this question on the walls of the Meta HQ.” The artist says he received a message from Zuckerberg’s office saying he was “delighted” with the work. “So I’m one step closer to meeting him face to face.”

Mary Evans meanwhile has made a piece called Breathe which consists of silhouettes of African people. “Emulating a Grecian frieze where the figures represent community, family and resilience, Mary’s work portrays the resilience of the Black body and its ability to prevail despite enduring challenges,” says a wall caption. Meanwhile, Yinak Ilori’s work, Layers of Movement, is his “largest mural to date”, he says in an Instagram post.

Visitors are greeted by Kyung Hwa Shin’s hyper colourful wall paintings, Excess of Elsewhere, which wrap around the reception and mezzanine wall in Building T of the complex. “Meta gave me a lot of freedom; I reflect on the urban space [around the office] which is important,” says Kyung, a visiting lecturer at the Royal College of Art in London.

Meanwhile, earlier this year the activist Emma Shapiro highlighted how artists continue to battle against Meta’s censorship algorithms. “Artists and activists argue that the platform’s guidelines perpetuate sexualisation of the nude body, a claim which has only been exacerbated lately as artists have received notice of ‘Adult Sexual Solicitation’ in place of their familiar ‘Nudity’ violations,” she wrote.