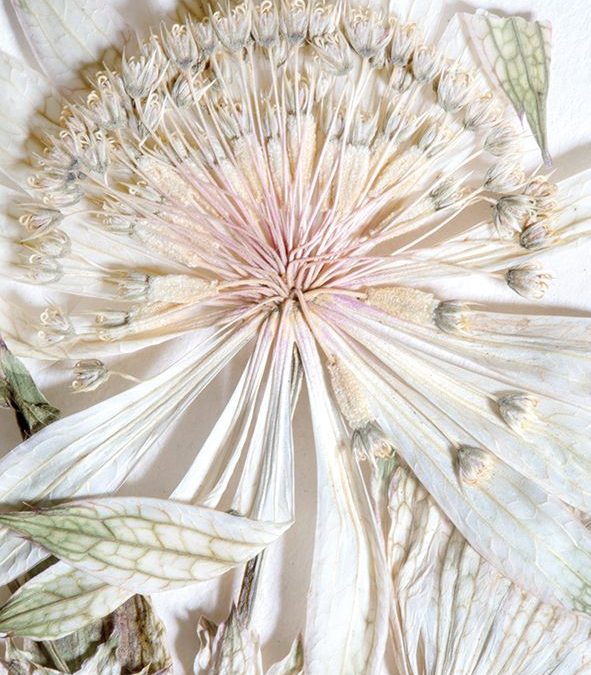 Collecting Nature, published by Stolpe in association with the Axel and Margaret Ax:son Johnson foundation for public benefit, is a handsomely produced book that is destined to be one of a series exploring and promoting the collections assembled by the Timm family at their ironworks at Engelsberg in Västmanland, central Sweden, now a Unesco world heritage site.

The cornucopia of natural history collections spanning plants, insects, birds, eggs and minerals that were assembled by the industrialists and accomplished amateur natural historians Gabriel Casper Timm (1792-1870) and his son Paul August Timm (1831-78) are here beautifully showcased. Carefully stored since they were brought together in the middle of the 19th century and still largely unresearched, these objects and the copious archival documentation associated with them afford a unique insight into a past world. While an exact chronology of the compilation of the collections, or even those represented within it, remains to be completed, Collecting Nature certainly succeeds in bringing them to wider attention and clearly demonstrates the potential they offer to future researchers.

We learn that following the untimely death of Paul August, the precious family collections were locked away in their sturdy wooden cabinets, his 12-year-old son perhaps too young to have been initiated into his predecessors’ natural history passions. Although they were dutifully preserved, the collections were largely lost to sight, finally emerging in the 1960s when they were transferred from the main house to more stable environmental conditions in a converted cow shed. They are still held in these archive rooms and the excellent state of their preservation is clearly evidenced in the detailed reproductions capturing these all too fragile biological materials.

A strength of this volume is its ability to present the Timm collections in a wider context. The book is divided into three parts, with the ultimate section dedicated solely to the detailed photography of elements of the collection and the structures in which they are housed. It follows an account by the architectural historian Svante Helmbaek Tirén of the family, their connections and contemporaries, which presents an introduction to their world. In the first section Clive Aslet, a visiting professor of architecture at the University of Cambridge, nicely paints the broader picture, explaining the evolution of European botanical collections, the changing needs which drove their creation and the motivations of those who made them.

This account draws on other recent publications exploring these issues. They include Barbara Thiers’ Herbarium: The Quest to Preserve and Classify the World’s Plants (2020), an account of the development of and continuing role for herbaria. Another, closer in scope, is The Collectors: Creating Hans Sloane’s Extraordinary Herbarium (2020), edited by Mark Carine, which explores the much earlier and globe-spanning collections assembled by Sloane (1660-1753), an Anglo-Irish naturalist and collector. They have gone on to form the basis of the herbarium of the Natural History Museum, London, which today holds more than four million objects.

While by no means comparable in scale or, one could argue, botanical significance, the Timm collections offer a possibly unique set of resources to a broad spectrum of researchers. That is because they remain intact, housed in their original setting, and with a rich preserved assemblage of associated documentation. Thus the all-important context endures. The botanical and scientific interest of an accurately localised specimen and the multifarious uses to which they may now be put—from the study of evolution to witnessing climate change—means that herbaria, as Aslet notes, “whose contents are both dry and dead, are still contributing to lively young methods of science”.

However, as the second part of this volume demonstrates, the greatest interest is not necessarily in the actual bits of biological material of the specimens themselves but in the labels of those specimens, the materials upon which they are mounted and in their associated documentation—areas of great interest to social scientists and historians. These collections in their unaltered 19th-century state reveal not only the development of scientific thought and changing concepts, but also unwittingly tell of the social networks involved in their collection, dissemination and use.

The Timms were active in the years immediately after the study of natural history had been transformed by the Swedish taxonomist Carl Linnaeus (1707-78), the father of the binomial nomenclatural system (genus name followed by species name) still employed today. His influence in the development of a national collections-based culture among the Swedish educated and wealthy is here explored, and the Timms’ place within that identified. It is suggested that Gabriel Casper’s passion for botany and collecting may indeed have been ignited while studying at Uppsala under Carl Peter Thunberg (1743-1828), himself a student and disciple of Linnaeus.

For those unfamiliar with herbaria, the state of preservation that can be achieved, even over several centuries, is remarkable and the Timm collections, locked away for so long, have survived particularly well. The objects reproduced here are not in most cases explicitly identified; now, perhaps as when they were created, it is the visual spectacle that matters most, as the artistic eye of the photographer, Lena Granefelt, demonstrates.

The aesthetic appeal of herbarium specimens has previously been demonstrated, perhaps most notably in British photographer Nick Knight’s 1997 publication Flora, a celebration of pressed flower specimens held in the herbarium at the Natural History Museum, London. The photography commissioned for Collecting Nature certainly captures the essence of the Engelsberg collections and invoke a real sense of the place, surely meeting the aspirations of the funding foundation.