Scholar finds sketch of Michelangelo in margin of book 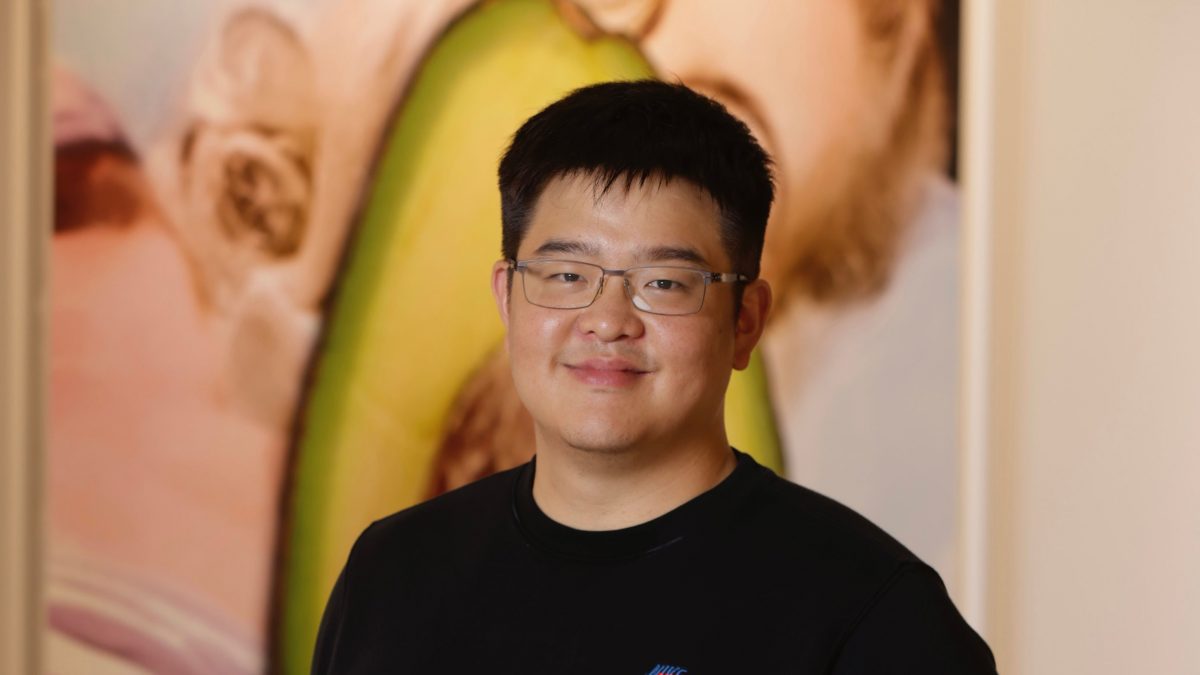 Jason Haam did not grow up dreaming of becoming a gallerist. In fact, before 2015, the 31-year-old Korean art dealer, who graduated with an engineering degree from Cornell University, did not know or care a great deal about art and its market.

Today, his eponymous Seoul gallery, founded in 2018, is just one of just eight to take part in both Kiaf and the inaugural Frieze Seoul this week. Among Korean galleries, Jason Haam is unique for exclusively working with artists who live outside the country, almost all of whom have no Korean heritage. In its four years, it has staged 17 shows by foreign artists including the first Seoul exhibitions of Sarah Lucas and the German painter Daniel Sinsel. In what is perhaps the gallery’s biggest coup to date, it last week opened the first solo exhibition of Swiss commercial darling Urs Fischer in Seoul (Fischer has previously shown at the Gwangju Biennale).

Going from a virtual unknown to a serious player in one of Asia’s most heated contemporary art scenes within four years is no easy feat, and Haam admits to having had a clear head start with his art career. His father—a prominent dermatologist in Seoul—and mother are collectors, mainly of 20th-century Korean modernists. When Haam was 23, they helped him purchase his first work, a Yoshitomo Nara print from Pace.

“My first foray into dealing art was selling work to my parent’s friends. I used my unusual degree of access to source top-level works and get a commission. It was good cash for my early twenties,” he says. “At that time I didn’t know a thing about what working with artists entailed. I had no idea about contracts or consignments. I was definitely in it for the money.”

Quickly, this side hustle turned into a genuine passion, on which Haam was spending so much time he decided to quit his job and open a space in the wealthy neighbourhood of Seongbuk-Dong in the city’s north.

Jason Haam gallery’s programme is centred around painting, and gives many of its artists their first solo show in East Asia. As to why he chooses to represent mainly foreigners, Haam says that having gone to school in Switzerland and then university in America has encouraged him to “look beyond nationality” when considering art: “I wanted this to be a global enterprise from the start, and never just sell to Koreans or show work from one country.” On a more practical level, he also sensed a growing appetite for Western work among Korea’s wealthy and aspirational young collecting class—the same trend that convinced Frieze to plant its flag in Seoul.

But at the gallerist’s core, he says, is a fascination and deep respect for artists. Indeed, Haam wants to serve as a course correction for the professional behaviour he has noticed from a number of other dealers in the country. “There aren’t many good galleries in Korea, from a perspective of business ethics. Art hasn’t been lucrative for very long here, and sometimes gallerists feel they need to make ends meet, so they don’t do the right things,” he says. “I stick to a set of rules and don’t stray from them. I pay artists on time and I’m transparent with my clients. Simple as that.”

While Haam admits that he had to shake off a reputation as someone that just dealt to his parents’ friends, he adds that he also experienced many of the struggles of a young gallerist. As any dealer can attest, starting out is a risky, unstable business and until last year, he says the gallery “haemorrhaged money” and scraped by on “multiple loans”. Media attention on his programme was “non-existent” and he sold a total of three works over the first 10 fairs he took part in, which includes Art Busan, Daegu Art Fair, Art Brussels and Seattle Art fair. To sustain his business he continued dealing in secondary market 20th-century works—something he wasn’t keen to do, as he felt it “diluted his attention” from his growing love of contemporary art.

Part of his current success, Haam says, can be attributed to the tutelage of key figures in the art world, chief among them being Sadie Coles, whom he wrote to early in his career asking for advice. To his welcome surprise, the London gallerist responded, sending one of her directors to visit his Seoul space, and then, eventually arranging for him to show Sarah Lucas’s work in 2019.

“Sadie and I have very similar ideas about how to treat artists and run a business—I’ve learned a lot from her,” Haam says. Both shows of Daniel Sinsel and Urs Fischer, who are on the rosters of Coles’s gallery, were also organised with her help. The Fischer show is somewhat unusual in that it concentrates solely on his new paintings (Fischer has sculptures at both Coles and Haam’s booths at Frieze Seoul). But it will be a good way for Coles to test the market for these works in Seoul without having to open a brick-and-mortar space herself, while also benefitting a young gallerist.

A combined case of good fortune, good ethics, good friends and now good timing, Haam is riding high at the forefront of the Korean art world’s new wave. Many visitors to Frieze will be learning his name for the first time, but it is unlikely to be the last they will hear it, with sales from the opening days of the fair suggesting that Seoul is here to stay.

“I didn’t have any expectation for Seoul to explode like this. Yes it has great institutions and taxes are low, but I moved here because its my home,” Haam says. He underlines the significance of Frieze’s arrival by likening the Seoul fair to “his generation’s Olympics” (the city hosted the international event in 1988). Capitalising on a newfound international interest in his programme, Haam says he intends to open up further spaces in Seoul, adding that a location abroad is “not off the table”, as long as it serves his artists.

Not that making money isn’t still a key priority. When asked what his end goal for the gallery is, he states plainly: “I want to be rich and for my staff to be rich. I want to show great art and make lots of money from doing it.”