‘My companions in misfortune’: discovery reveals who Van Gogh lived with in the asylum 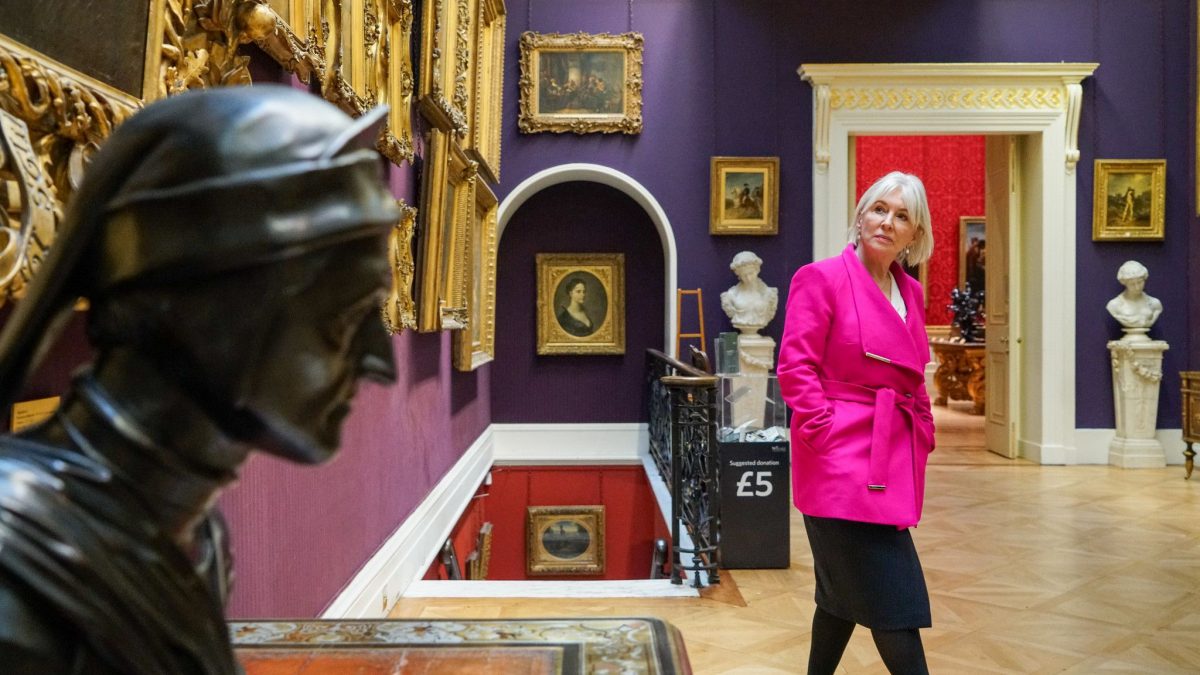 The UK is about to have a new prime minister, the fourth in six years. A new culture secretary would be the seventh in six years. If it’s you, welcome to the job. Much of your brief is dominated by the digital sector and broadcasting. But museums are the fun bit. Here are the top three challenges you’ll face.

The UK’s culture secretary conveyor belt: who will be next?

First, keeping the lights on. Museums use a lot of energy. The National Gallery spends more than £1m a year on it. Energy bills are forecast to quadruple, but museums haven’t yet recovered from Covid—visitor numbers are still at least a third down—and will struggle to pay. So you’ll need to persuade the Treasury to fund another museum bailout. It won’t need to be as large as the Covid bailout. Oliver Dowden can tell you who to call.

Second, to avoid further bailouts, you’ll need to address that decline in visitor numbers. Many of our national museums relied on overseas visitors to keep the numbers up. Sometimes they made up as many as 70% of total visitors. You will know, but cannot say, that post-Brexit travel difficulties mean many won’t come back. So museums will need to focus again on domestic audiences.

They’ll be reluctant. British museums are the last great unreformed public sector, and you’ll need to change the way they think about their audiences. End the “build it and they will come” mentality and stop them building new extensions and bigger entrances. The audiences our major museums have neglected—the poor, the disabled, those who live outside London and the South East, the ethnically diverse (the latter make up just 8% of museum visitors, despite being 17% of the population)—probably won’t spend £100 on a return ticket to London just to see a new front door.

Here’s the silver lining: fixing this fits perfectly with the Levelling Up agenda. One thing you’ll first notice is that all but two of the 15 ‘national’ museums you fund directly are in London. They not only get most of the money, but they also have the best art, more in fact than they know what to do with.

Yet elsewhere, locally funded museums are faced with unprecedented cutbacks and even closure. Local authorities are running out of money. Your government colleagues could give local museums more money of course or make cultural provision a local authority statutory requirement (like library provision). But let’s not pretend they will.

You, however, can compel our national museums to share their art and expertise across the nation, and to connect with British audiences as they never have before. I don’t mean just one or two pictures on a glorified tour, but thousands of works on long-term loan to museums, heritage sites, schools, hospitals and care homes. Do this, and in a year, you can do more to fix Britain’s cultural and educational inequalities than any other cabinet minister. (You’ll need to ignore those who talk about strict, expensive environmental conditions for displaying art. Old paintings are tougher than they say.)

Finally, restitution. You’ll soon be asked to sign export licences for the first Benin Bronzes to be returned by a British museum to Nigeria. There will be more. But while some museums can restitute art, others, like the V&A and the British Museum, cannot. So, you’ll need to change the law to resolve this. It only needs a statutory instrument, not primary legislation. Yes, it will mean giving the green light to returning the Parthenon Marbles. But that time has come.

These days, culture secretaries get just over a year in the job. Make the most of it.