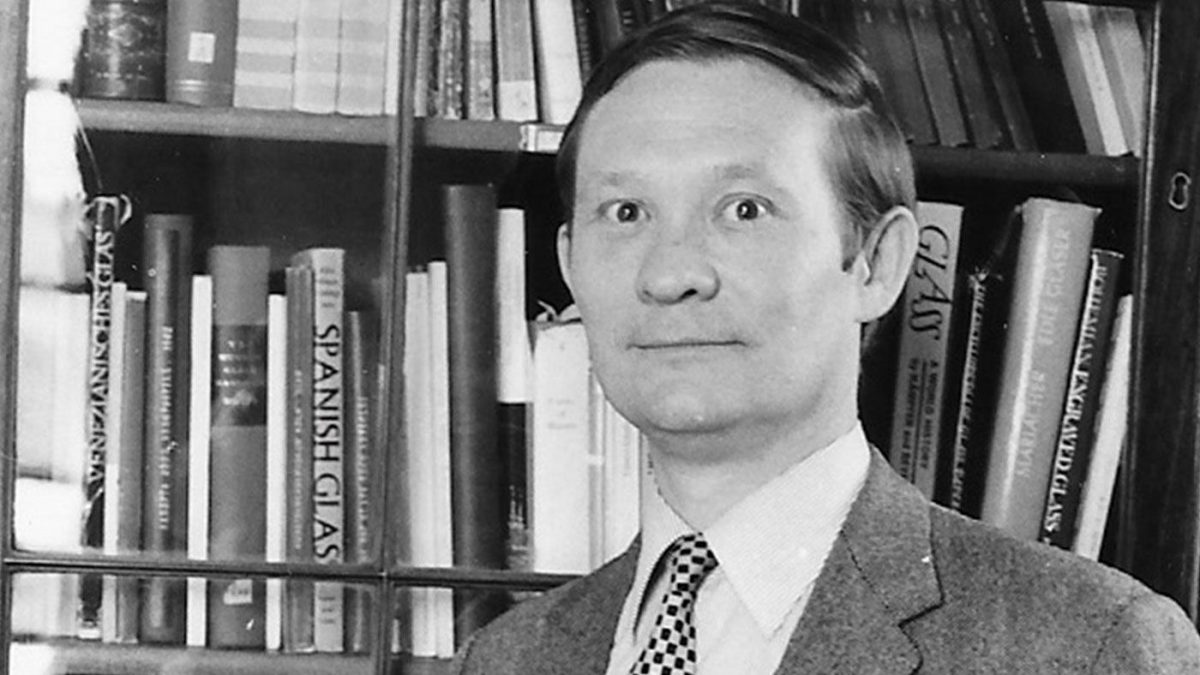 Michael Archer moved in 1963 from Birmingham City Museum and Art Gallery, then a nursery of national talent—Richard Ormond, later director of the National Maritime Museum, was a contemporary and a friend—to become an assistant keeper in the department of ceramics at the Victoria and Albert Museum (V&A), in London. Archer was joining an elite. The department keeper, Robert Charleston, was regarded as the pre-eminent authority on glass (and was soon to edit World Ceramics: An Illustrated History, 1968). The deputy keeper, John Ayers, who died in 2021 having published his three-volume catalogue of Chinese and Japanese Works of Art (2016) in the Royal Collection in his nineties, would in 1970 become the first head of the newly created Far Eastern department. The other assistant keeper, John Mallet, was establishing his authority on European porcelain and Italian maiolica, which was recognised when his 2007 Xanto exhibition at the Wallace Collection won the The Art Newspaper/AXA award for the outstanding exhibition catalogue of that year. It fell to Archer to take responsibility for the collections of English and Dutch Delftware and of stained glass, although, like all his colleagues, he had (and had to have) a good grasp of all his department’s manifold collections.

These were not flamboyant personalities, although Archer was a sociable, witty and engaging companion, qualities valuable when he edited the V&A’s still-lamented quarterly Bulletin (1965-68), modelled on the Rijksmuseum’s Bulletin, which happily survives. However, the study and enrichment of the V&A’s ceramics and glass depended not on showmanship but on long-term dedication and expertise, and the will and acumen to grasp or create opportunities. Thus in 1973 Archer filled a gaping lacuna by buying two spectacular panels of Portuguese tiles painted around 1740 for a fountain in the Quinta dos Azulejos garden in Lisbon. An even more remarkable coup was the purchase in 1982 of a panel of French Renaissance stained glass of exquisite quality, which was originally made in around 1550 for the Constable of France, Anne de Montmorency, at the Château d’Écouen, near Paris, and may have passed through William Beckford’s hands before being installed by the stained-glass artist Thomas Willement at Davington Priory, Kent. A particular area of Archer’s expertise was English stained glass of the 17th century, typified by studies of Richard Butler, Abraham van Linge and William Price. A great expansion of the V&A’s collection of Victorian stained glass stands as another memorial to his persistence.

The study and enrichment of the V&A’s ceramics and glass depended not on showmanship but on long-term dedication and expertise, and the will and acumen to grasp or create opportunities

However the major string to Archer’s bow was English Delftware, that is tin-glazed earthenware. His majestic 1997 catalogue of the V&A’s prodigious collection, which he had helped to build, is a work of irreplaceable authority and even in his retirement he continued to contribute, notably through his Delftware in the Fitzwilliam Museum (2013), a re-cataloguing of that aspect of Dr Glaisher’s collection, with no fewer than 588 entries. Irish Delftware was a special enthusiasm and as early as 1966 Michael published on the Glasgow Delftfield pottery, founded in 1748. Naturally enough he was also expert on Dutch Delftware, an interest which found a focus in the great display assembled by Queen Mary II at Hampton Court in the 1690s.

A keeper at the V&A was expected to engage with the wider curatorial and scholarly community, not simply through official advice on exports and exemption from capital tax, but also through voluntary service. Stained glass alone led Archer, an honorary vice-president of the British Society of Master Glass Painters, to be a trustee of the Ely Stained Glass Museum and of the York Glaziers’ Trust, and to chair both the Canterbury Cathedral stained-glass advisory committee and the stained-glass conservation committee of the Council for the Care of Churches.

Stained glass involved an even wider dimension in his work as editorial supervisor and national representative on the Corpus Vitrearum Medii Aevi, the great international project to create a scholarly record of all surviving Medieval stained glass. And from stained glass Archer moved to broader ecclesiastical responsibilities, serving on both the Advisory Board for Redundant Churches and the Cathedrals Fabric Commission, and as chairman of the Canterbury Cathedral Fabric Advisory Committee. There may be a temptation to regard such multiple committees as mere talking shops. In fact, steady engagement—memory and experience are often underrated—in difficult decisions, frequently hampered by limited resources, is the means by which heritage is preserved.

A childhood in India

Both Archer’s parents were art historians. His father, W.G. (Bill) Archer (1907-79) had developed a love of Indian art while serving in the Indian Civil Service in Bihar province, bordering Nepal. After independence in 1947 he returned to England and served for a decade as keeper of the Indian section of the V&A, specialising in court painting and the East India Company style. His wife, Mildred Bell (1911-2005), joined him in India, where Michael was born. From 1954 she was curator of prints and drawings at the India Office Library in London, where she catalogued the East India Company’s enormous collection of paintings. Both parents, committed socialists, published extensively on Indian art, particularly painting, and also, in the case of Mildred, on English responses to India: her last book, India Served and Observed (1994), was a joint autobiography.

Michael was educated by an English governess at home in Dumka and at the Woodstock School in the hill station of Mussoorie, before being sent to England to board at the age of nine at the Dragon School, Oxford; he became a day boy there when his parents returned from India in 1948 and lived in the city. After attending Winchester College, he did national service in the Rifle Brigade and then the Intelligence Corps, serving in Suez and Northern Ireland from 1955 to 1957. He studied history at New College, Oxford, serving as secretary of the Oxford University Art Society and art editor of Oxford Opinion. Before starting his curatorial career in Birmingham, Archer had worked as a management trainee at the London-based wallpaper manufacturer Sanderson, where he organised exhibitions from the company’s archive.

A champion of Constable Country

His wife, Lucy Erith, whom he married in 1961, is an architectural historian, the author of the definitive monograph of her father, Raymond Erith, Architect (1985). In 1963 they moved into their permanent home, Great House, in Dedham, which was Raymond Erith’s first significant commission, built for his parents-in-law in 1937-38, an elegant variation on themes by John Soane, at once austere, welcoming and practical. It was inevitable that Michael Archer, who loved walking in the English landscape, should become involved in campaigns to protect Constable Country and indeed he was for more than 50 years on the committee of the Dedham Vale Society. Other local commitments were trusteeships of the Munnings Art Museum and of the Constable Trust, which helps art acquisitions and conservation in East Anglia. In 2012 the trust supported the purchase of an Edward Bawden watercolour by the Fry Art Gallery in Saffron Walden, which celebrates the work of artists associated with north-west Essex, including Bawden, Eric Ravilious, John Aldridge and Michael Rothenstein. It was a fitting demonstration of their joint sympathy for this moment in English taste, which is enjoying a revival, that in 2015 both Michael and Lucy Archer contributed to the catalogue of a delightful Fry Gallery exhibition, The Art of Acquisition: Great Bardfield Artists’ Houses.

This brief account has celebrated the distinguished contributions of a V&A curator whose career commenced six decades ago. After beginning as assistant keeper of ceramics, he was successively deputy keeper and acting keeper before being appointed senior research fellow in the new research department in 1989, retiring in 1996. His long career was recognised by his being appointed OBE, as both his parents had been before him. Having joined an elite, he certainly proved himself a worthy recruit.