Brazil turns 200—and its National Museum rises from the ashes 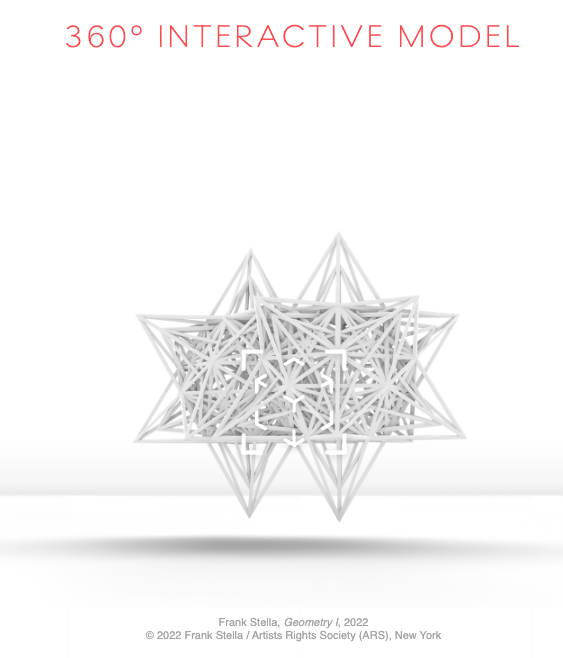 I have to admit that when I first heard that Frank Stella was dropping an NFT my first feeling was that of dread. As a perpetual student of painting—and an American one at that—I learned much from Stella’s direct and physical dealings with material, form and surface. There are few, if any, living artists whose work has dealt so purely with what it means to be a painter. However, in my opinion, this exploration has been at its most important when his work left little to reveal its oil-on-canvas origins. I hate that part of myself that would like to keep Stella in a box as a pure “painter”, a box that he has never really belonged in. Breaking the frame and then the plane, Stella has always been as steadfast in his mission of progression as he was with the lines in his early work.

My second thought was: “I wonder if he is nervous.” Nervous? I am projecting. Stella has made many creative departures in his long career. He is no stranger to disappointing those who have vested interests in things staying the same. He has suffered and survived pantheons of pans by critics. If he cared when, in 1977, the critics of the day called him a traitor to Minimalism, he was certainly over it by 2015 when Jerry Saltz said a lot his work “looks like God-awful space junk”.

It could still be said that, at 86 years old, Stella only has something to lose by venturing into NFTs. Yet, Stella’s motivations for minting (the term used when an artist makes an NFT) could be the solidification of his legacy as a painter’s painter.

To be a painter’s painter is to be an artist admired deeply by those who also create, to be important or influential to other painters. Often marked by an obsession with materials and craft, other painters marvel: “how do you do that?” Until you’ve actually tried to make a replica of a Stella painting (something I do not recommend if you are prone to despair) they can look easy to execute. Owing to fluidity concerns and the mechanics of getting just the right amount of paint on the brush, they are nearly impossible to make. But this isn’t the only reason Stella is a painter’s painter. He has been actively involved in campaigning to make artist resale rights a de facto condition.

As much as Stella has cared for material, physical form and surface, he has cared for the rights of his fellow artists. For decades he has been lecturing and lobbying for the cause of resale rights. NFTs are attempting to make this a reality. By throwing his enormous weight behind the NFT form is, for Stella, an endorsement of the mechanics of resale that he has long worked for. In this sense, Stella isn’t dropping NFTs because it’s necessarily the safe or fashionable thing to do: he seems to be doing it for artists in the the hope of living in a fairer art world. While the resale rights contracts for artists that are often built into NFTs are far from perfect or clear cut, they still represent a significant step forwards.

Starting in the 1980s, Stella used computer aided drafting software (CAD) to model his works. His NFTs come from this source work and, in essence, require no significant changes to his practice or reconsideration of his oeuvre.

It used to be a common joke that Stella’s career could, and maybe should, have been played out in reverse: he began with pieces of purity and simplicity and has spent his latter years exploring less linear ideas. His venture into NFTs—and what they mean for his fellow artists—disproves this definitively.