‘We are stepping out and owning the space’: Santa Fe Indian Market’s centennial comes at a pivotal moment for Indigenous artists 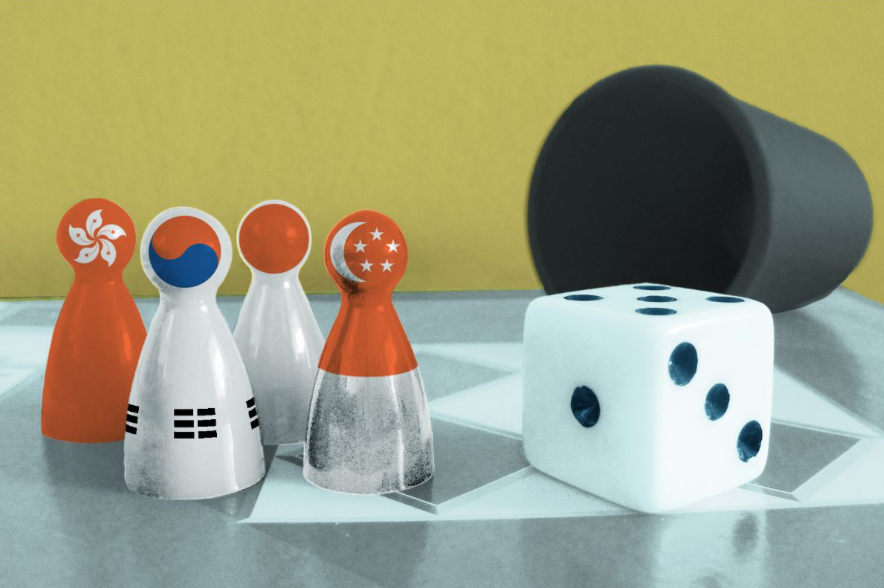 Seoul, Singapore, Tokyo, Shanghai, Hong Kong, Taipei? A bitter battle is engaged as the various cities vie to become the new art market hub for Asia. While Hong Kong remains, for the moment, reasonably secure in its position with the lion’s share of the market, thrusting newcomers are snapping at its heels.

Obviously the main contender is Seoul, which Frieze has chosen it for its first Asian outing. And boy, have Western dealers responded: the overwhelming majority of the 119 exhibitors come from Europe and the US and include heavy-hitters such as Gagosian, Hauser and Wirth and Ropac. Just three come from mainland China, with one from Hong Kong.

So is this the canary in the coal mine, the early signs of Hong Kong losing its primacy? Not so fast, says Simon Hornby of Crozier, which is an official shipper for Frieze and is moving multiple shipments of art to Seoul. But he says: “Remember that not a single gallery has left Hong Kong so far: it remains the gateway to China as well as to Seoul and Singapore.”

But then why have the auction houses not established their own salerooms, following the lead of galleries such as Perrotin, Pace, Gladstone, Lehman Maupin and Ropac, who have all opened spaces in Seoul? “Auction houses are less nimble, they need more complicated infrastructure,” says Hornby. However, Christie’s is showing, during Frieze Seoul, a pricey Hockney—highlight of its 20/21st Century evening sale to be held in London in October. Phillips is organising a selling exhibition in the Korean capital: both are firsts for the companies.

Meanwhile, Sotheby’s held its first sale of Modern and contemporary art in Singapore, garnering SG$24.5m (about £15m) and doing well with the French-Vietnamese painter Le Pho and his soft-focus, Impressionistic paintings of flowers and figures.

Then looming on the horizon is Tokyo Gendai—a venture by Magnus Renfrew, Tim Etchells and Sandy Angus, the brains behind Taipei, Sydney Contemporary and Art SG, the much-delayed Singaporean art fair.Tokyo Gendai is due to launch next year, and the hope is that it could finally awake Japan from its decades-long slumber in the art market. But there are still lingering perceptions that doing business in Japan is difficult, even if the authorities are trying to change this by, for instance, relaxing tax rules.

So, which will win? At the moment it’s Seoul, hands down, but this is also because of uncertainties elsewhere. China specialist Philip Dodd says: “’There is always tension running up to the CCP’s National Congress in October. Afterwards things may be easier, and Western artists are still eager to show in China. But with quarantine regulations unpredictably coming and going, China has complications which may not go away soon. Or may. The uncertainty is a major problem.”

Confidence has hardly been bolstered by reports of fish, crab and even a hippo being swabbed for Covid in the mainland.


So then, what about Taipei? Ultimately, it faces the same problems as Hong Kong, as the mainland gradually escalates its rhetoric against the island. “There is no clear path at the moment,” says Hornby. It seems that, for now, Seoul is the winner—but don’t count the others out yet. And it may well be that no overall key hub will emerge, but rather a number of regional centres. The Asian art market—predicted to rise to US$455 billion by 2023—can certainly wear more than a single crown.