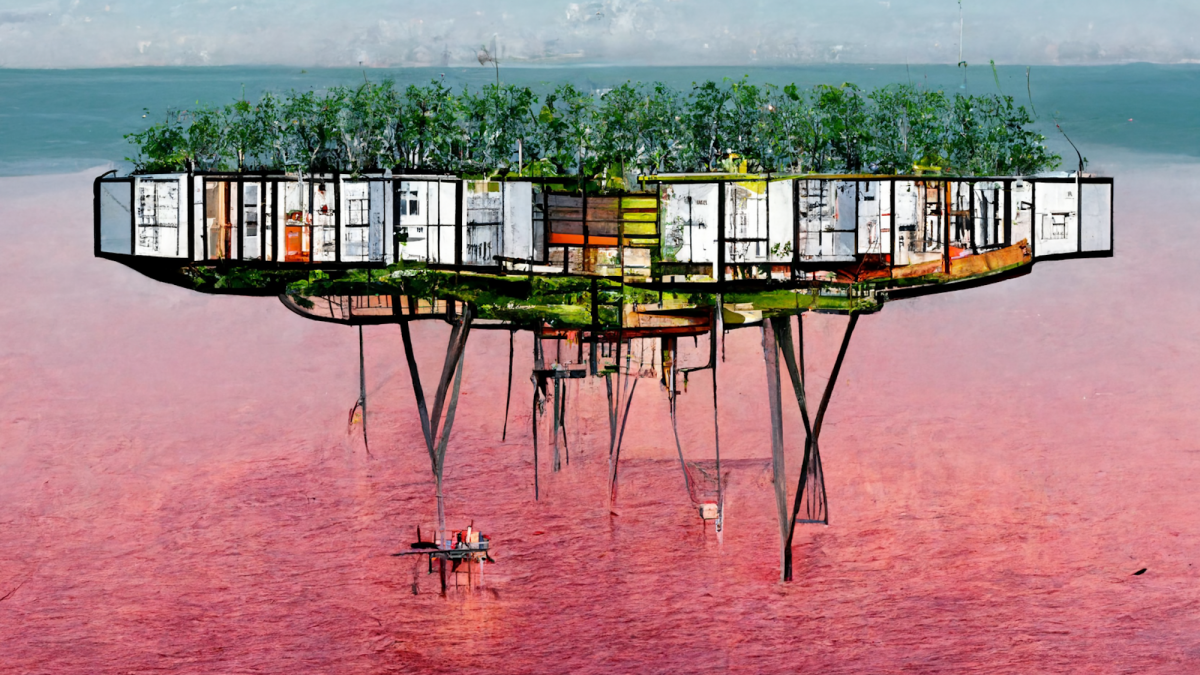 Miami is the only place artist Lee Pivnik will know intergenerationally. With nearly four generations of family history rooted in the southern city, Pivnik finds it hard to imagine “what connection I would be able to find somewhere else”. Yet Pivnik—who left Miami only to attend the Rhode Island School of Design, and then returned —feels anxious about his commitment to the city.

As a “ground zero” for climate change—a plainly evident fact that US vice-president Kamala Harris recently reinforced during a speech in the city—and an epicentre of America’s housing crisis, where rents and home prices are climbing faster than most locals can afford, Pivnik can’t help but feel gaslit by the disconnect.

“You watch the housing market become harder to buy into while it becomes a riskier investment,” he says, wondering whether he can truly make a home here in the long-term.

Symbiotic House, Pivnik’s working title for a research and development project backed by the Knight Foundation, finds the artist experimenting with his own resilience. The project’s intended outcome is to design and construct an artist residency and ecology centre in South Florida that is both resilient and “an act of environmental care”, as he puts it. According to Pivnik, who cites works by artists like Mel Chin and Andrea Zittel as inspiration, Symbiotic House won’t look like the built environment and will be entirely mutualistic.

“It will generate more power than it needs, capture and store rainwater, grow more food than it needs and will leave the space with more habitat,” he says.

Like any experiment, dreaming is at the root of the project. In the first stage of Symbiotic House, Pivnik is experimenting with a new artificial intelligence (AI) visualization tool dubbed MidJourney and calling on a network of friends and followers to imagine their very own climate bunkers.

His initial Instagram prompt asked followers to imagine elements “that are explicitly about Florida, regenerative or organic architecture, climate change/adaptation and biodiversity”, and returned ideas like “an iridescent, opal-speckled terrazzo palace with central courtyard and partially submerged living room that has become overgrown with mossy lichen”, a “Gaudi Cathedral as a barrier reef protecting the Florida coast in a tropical storm” and a “mangrove and coral mermaid house”, among several dozen others. Pivnik then plugs each of the prompts into MidJourney and posts the image it generates on his Instagram account @symbiotic.house. The exercise is intended to help participants turn a grim scenario into a fantastical act of futuring.

For Pivnik, who is neither a trained architect nor terribly experienced in climate resilient practices, the project is an example of what everyday people interested in being part of the environmental solution can do. The AI drawings serve as models he can 3D-map and understand how to build, and the sentiments behind the submissions offers hope that a legion of Miamians want to find a way to live differently.

Pivnik says, “If it can just inspire people to put some rain barrels on the side of their house and start capturing some of their own water from all the rain we get, or add solar panels or grow some food, that’s what we need to see.”