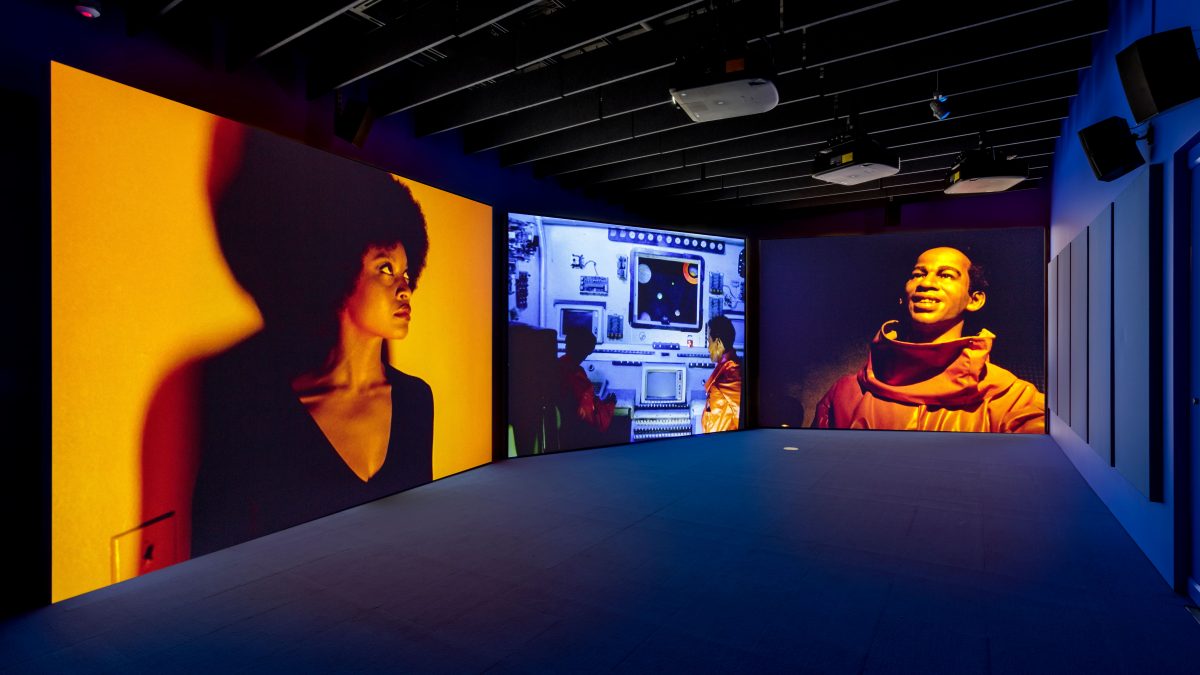 The numerous Black filmmakers, actors and other professionals who silently shaped the early decades of Hollywood are honoured in the overdue exhibition Regeneration: Black Cinema 1898-1971 at the Academy Museum of Motion Pictures in Los Angeles. The exhibition’s scope is as broad as its timeframe, featuring clips, archival footage, film equipment, posters, costumes and props across the Renzo Piano-designed museum’s fourth floor.

Bookending the checklist with 1898 and 1971 offers a crucial window to the emergence and rise of American cinema but also points to a critical moment in Black representation, when Blaxploitation films emerged in the mainstream, according to the exhibition curators Doris Berger and Rhea Combs.

“We realised 1971 was a watershed moment before Hollywood took over and started creating these low budget films for Black audiences,” Combs tells The Art Newspaper. The next year saw the release of two important films of this genre: Melvin Van Peebles’s Sweet Sweetback’s Baadasssss Song and Shaft by Gordon Parks. Given the indelible legacy of his photojournalism, Parks is less well-known as a director, but the late icon is not the only familiar name for art audiences in the exhibition.

From the beginning of their five-year research, the curators knew that to narrate the surge and legacy of Black American cinema the show had to include voices from contemporary artists influenced by the moving image. A flickering symmetric neon work from Glenn Ligon’s America series (2014) opens the exhibition alongside the the exhibition’s oldest footage, Something Good-Negro Kiss (1898), which shows two vaudeville dancers kissing as what is believed to be the first example of Black American intimacy on-screen. A wall-covering linocut paper installation by Kara Walker from 1995 depicts grotesque and gothic silhouettes from the South, delivering an unexpected parallel between film and drawing with its linear film still-like procession.

“Artists, just like film, are a part of the contemporary moment while reflecting on the past or create a vision for the future,” Berger says. The most piercing conversation between contemporary art and film is perhaps Gary Simmons’s steel installation Balcony Seating Only (2017) that replicates the staircase of a segregated movie theatre in Alabama. The artist smeared the original staircase’s “coloured” sign in paint similar to his signature chalkboard font. Filtering history’s bleak moment through art’s poetically immediate hand builds a vivid juxtaposition with the display of the original staircase’s photograph next to Simmons’s interpretation. “A lot of artists are inspired by restoring and recreating the power of the archive,” Combs said.

A section dedicated to Josephine Baker includes silent footage of her iconic dance at Folies Bergère in Paris, just like the main show in this year’s Venice Biennale, The Milk of Dreams. The interdisciplinary parallel proves the poignancy of the curators’ decision to put fine art into a conversation with the seventh art to provide historical context.

Isaac Julien’s three-channel installation Baltimore (2003) offers an intimate slice from his decades-long investigation of video art with cinematic cues. The British artist shot the 11-minute film as an homage to the Blaxploitation genre, featuring Van Peebles himself and a mysterious female protagonist who roam the Maryland city, as well as local art institutions, including the Great Blacks in Wax Museum. As typical of Julien’s emblematic language, the work blends fiction with reality within an all-encompassing setting. The fluctuating repetition and montage throughout the projections, according to the artist, reflects the “zeitgeist by playing with the notion of temporality, similar to our engagement with the screens today”.

“An exhibition dedicated to Black cinema at this scale would not be possible even 10 years ago, when a large portion of the material dedicated to the subject had not been covered yet,” says the museum’s director and president, Jacqueline Stewart.

Combs agrees and also notes the importance of the audience in their endeavour similar to cinema: “From segregation days to the present, there was always the wonder of seeing yourself reflected on screen, and represented.”