A brush with… Adam Pendleton 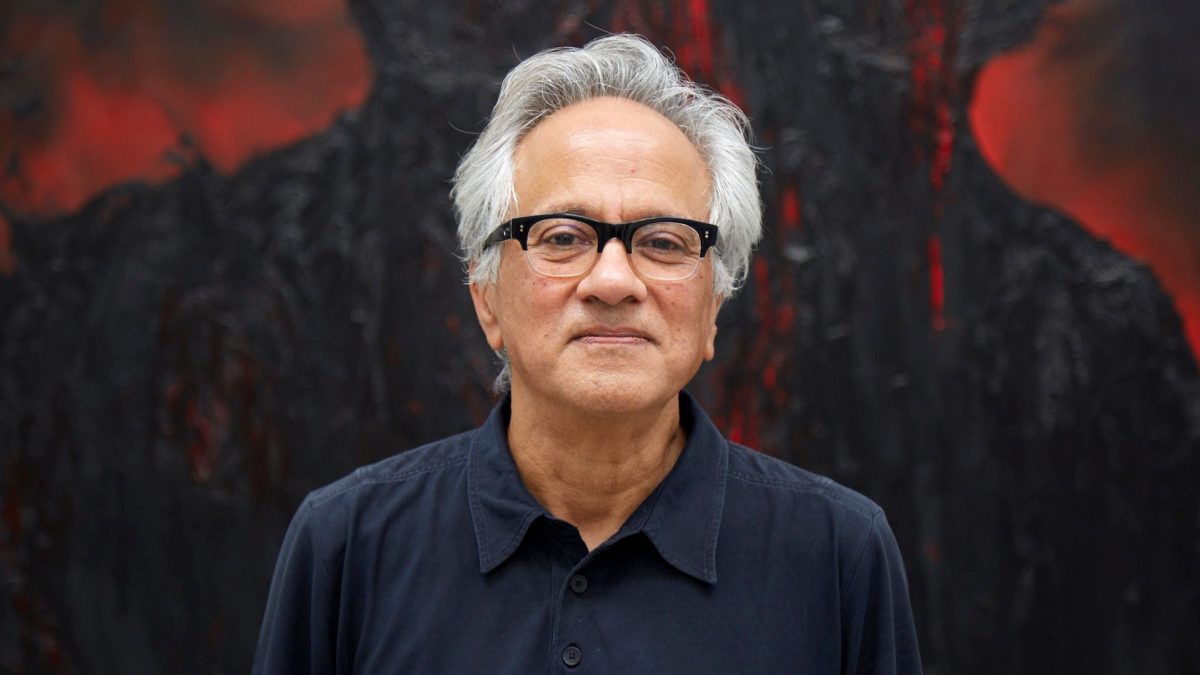 India has now been through eight years of Indian prime minister Modi and the Bharatiya Janata Party’s dominance over politics. Eight short years during which Indian society has been brutally turned into Modi’s vision of a Hindu Raj. This has been ruthlessly forced through with violence and social strife used by Modi’s government on ethnic and religious grounds. Historically, India’s multi-layered diversity has been its strength—especially culturally. But Modi has encouraged deep-set bigotry, mostly anti-Muslim, to be brought into the open.

Indian people are not—and have never been—a unified ethnic or religious group. Modi initiated his divisive campaign when he first came to power by changing all the textbooks in Indian schools to teach a Hindu version of history to the young and impressionable—most of it blatant lies. This is precisely what the Taliban did in Afghanistan. This is Modi’s “Hindu Taliban”. India has almost 200 million Muslims, more than 100 million Indigenous people and 50 million Christians, and many millions of Sikhs. It is no exaggeration to say that these diverse non-Hindu peoples are now second-class citizens in their own land. This can be seen as an extension of the divisive and controlling British colonial practice of class systems.

It would be true to observe that the India that I grew up in was a very different place. My generation was educated in schools that broadly followed the colonial model. Modi‘s generation is the first generation of Indians and Indian politicians to have been fully bred in what we call the Desi idiom, or the Indian idiom, with tuition in Hindi or a regional language and not in English. This justifies, it seems, reactionary nationalism. What it ignores however are the deep structural questions left by colonialism—and there are many.

Indians have as part of our culture, a hierarchical view of society reinforced both by the caste system and by colonial structures of superiority. We have before us the more than 600 million Indians that live in the most heart-breaking concentration-camp-like poverty that many of us fail to see, even though it is right there in front of us daily. The Indian mind has been colonised and still, 75 years after independence, it is unable to put this yolk down. Indian culture reinforces hierarchy. Modi’s vile regime, in spite of its Desi education—or perhaps because of it—sees this as the best way for it to remain in power.

‘Freedom of expression in India is dead’

Indian culture also carries a heavy weight of its colonial legacy. High culture in India today is seen as “Sanscritic”, that is to say with upper caste cultural superiority deeply imbedded and reinforced by the hierarchy inherent in the British colonial legacy. India’s 1.4 billion people mostly live in villages in the countryside. They have a vibrant cultural life that spans food, art, weddings, festivals, and more. This regional invention is at the heart of Indian cultural life. Tragically it continues to be seen as second to the Sanscritic. In every field of culture, the “folk” takes second place. This denies the inventive power of our people. Modi’s Hindu regime uses this hierarchical structure to impose its dominance by asserting Sanscritic superiority in the form of a Hindu hierarchy.

Historically India’s classical music was given its structural form through the Islamic influence of the Muslim Mongols and their heirs, who came into India from the 13th century onwards. Because of the deep anti-Islamic feelings generated by Modi and his fascist compatriots, Indian classical music is now in deep crisis. Muslim classical musicians are cautious—and have to be so—because of the Muslim origins of their inheritance. How can this encourage the flair and inventive creativity that the tradition demands? Gone are the days of the famous musicians Ali Akbar Khan and Vilayat Khan, we are now in a time of tame fear.

The Indian film industry was once full of adventure and daring. It had a singular voice that stood up to Hollywood. Bollywood had a following of millions all over the country and throughout the world. Now, by a combination of Modi’s enforced Hindu nationalism and the drive to large-scale capital foisted by Modi’s billionaire capitalist buddies, invention has deserted Indian cinema. Regional cinema, which was once a vital force, is in crisis too. Film fans are forced to stand and sing the national anthem before every screening. If a film does not enforce Indian nationalism, it is given short shrift or worse. If this not Nazi-style ideological brainwashing I don’t know what is.

The visual arts are similarly in deep crisis in India. When I look at what my fellow artists are doing in the country, I see very little that dares to challenge. It seems that artists are afraid. Self-censorship seems to be the overwhelming attitude. Artists who do anything risky—which includes painting the nude body—are unable to show their work because of the highly reactionary force that is perpetrated by the new mood of Ultranationalism. This takes the form of closing down exhibitions; artists being subjected to false “Me Too” accusations; artists facing financial scrutiny; and, worst of all, being arrested for so called anti-Indian activity.

The artist M.F Hussain (before the current government’s time) had to flee his native India because he—a Muslim—dared to paint Hindu goddesses. He was pursued by Ultranationalist Hindu forces in the government who took out court cases against him. He lived in exile in Dubai and then London. This fear lives on with artists today. I lay this at the feet of the current abhorrent regime and the fear it generates and keeps alive through intimidation. In India today freedom of expression is dead.

Even Indian journalism is under threat at every level. Journalists are being arrested and editors intimidated on a regular basis for “un-Indian” activities or merely for criticising the government and bringing its corruption to light. Seventy-five years after independence we see assertive Hindu nationalism in many forms—the poorest of the poor are forced to buy Indian flags before they can receive the free grain that is their due. We see Modi’s picture on all Covid vaccination certificates, as he pompously claims all credit. All over India there are images of Modi, right hand raised, in the image of the Hindu god Vishnu. Does he think he is bestowing benevolence?

This laughable indoctrination is what we have accepted as our lot. It does not speak well of the spirit that independence should engender in the people of the world’s largest democracy. The Indian spirit is trapped between the inheritance of its divisive, colonial past and this current, hateful regime.