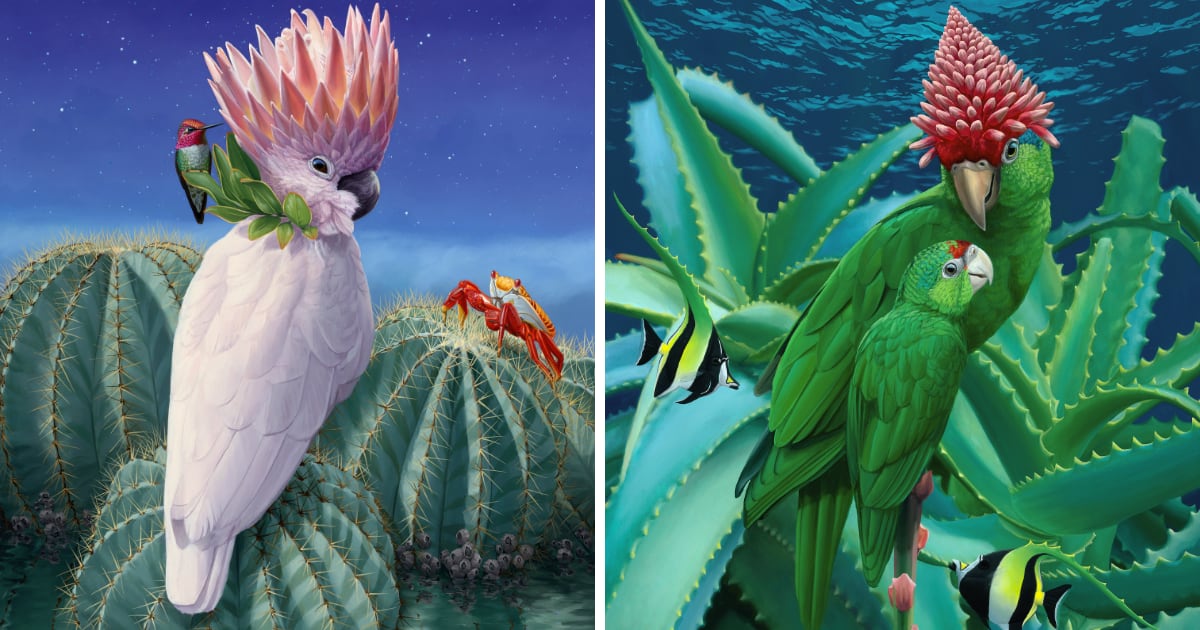 Los Angeles-based artist Jon Ching imagines the fantastic possibilities of melding Earth’s flora and fauna, rendering bizarre creatures with mushroom feathers and striped tulip fins. His latest oil paintings, which are on view this fall in Habitat at Beinart Gallery, extend this interest in hybridity by blending aquatic, aerial, and terrestrial organisms and their environments.

Marine ecosystems appear in many of the pieces, alongside cacti and succulents native to Ching’s home in southern California. In “King Tide,” for example, rising water approaches a cockatoo with plant-like plumage, and “Acclimate” depicts two green parrots perched on aloe growing below the surface. Each work envisions how different ecologies could converge and references nature’s resilience, the climate crisis, and the growing necessity of adapting to a changing world.

Ching’s solo show Habitat runs from September 11 to October 2 in Melbourne. Prints and stickers are available in his shop, and you can follow his latest works on Instagram.