A brush with… Zadie Xa 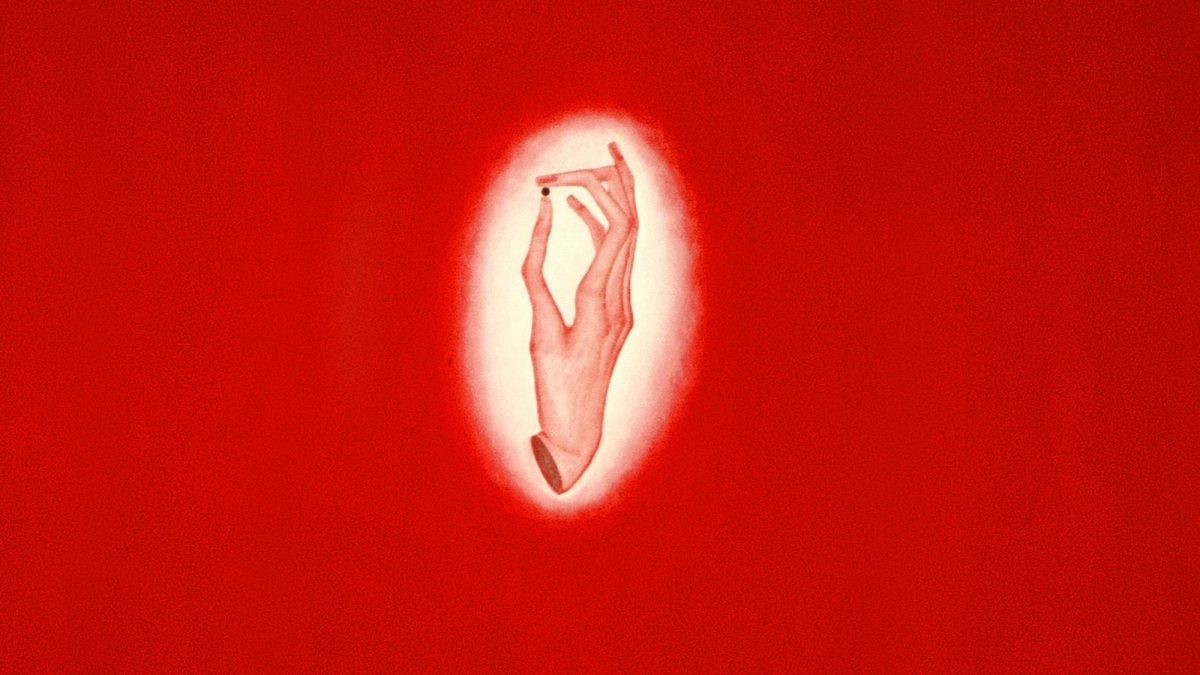 In Audra Skuodas’s 2000 painting Grasping Infinity, a single hand, slender and bony, hovers in a white oval against a crimson expanse. The focal point is a small dark dot that floats between thumb and forefinger—infinity handled as an atom-like entity or a black hole.

Skuodas, a prolific artist who spent most of her life in Oberlin, Ohio, was drawn to the mysteries of the universe beyond the visible. In drawings and paintings that use sensuous colours, from deep reds and yellows to dusty pastels, she envisioned micro- and macrocosms of unseen phenomena that wove together spirituality and science. While at times figurative—hands are a recurring motif—her works often veer toward abstraction, arranging dots, ovals, spirals and linear patterns into gently hypnotic compositions. They share a desire to understand the oneness of the cosmos and how energies within and beyond one’s self are intertwined.

“Her work was a constant quest for a deeper truth,” Cadence Pearson Lane, Skuodas’s daughter, says. “What is this thing beneath everything else, what is the orchestration of the spheres, the harmony in the universe? Her work has been an evolution, and each subsequent period got her closer and closer to that truth.”

Skuodas, who died in 2019 at the age of 78, was firmly established within the Cleveland art scene in her lifetime, but she now seems poised for a wider breakthrough. This year, several of her large-scale paintings are presented in the second Front International, across venues in Cleveland, Akron and Oberlin, where her studio remains preserved and managed by her children. These works, which include Grasping Infinity, are standouts at the triennial. They provide a glimpse of the breadth of her subjects and fascinations, and make it clear that this is an artist who was overlooked by many in the art world.

“Our response was, ‘Why don’t more people know about this work?’ It is so singular and exceptional and deserves more attention and study,” curator Murtaza Vali, who selected several Skuodas paintings for a show at the Akron Art Museum, says. “There was this feminist quality, but also this kind of New Age spirituality that came through with these pulsating grids or fields. There’s a hum of life, almost, to them.”

Skuodas was born in Lithuania in 1940, during the Second World War, and as a child spent six years living in a displaced persons camp in Germany. In 1949, she and her family immigrated to the United States, settling in DeKalb, Illinois. Pearson Lane recalls her mother describing herself as “a displaced amnesiac alien” who never felt like she belonged; she also suffered lingering emotional pain from a car accident in her teenage years that resulted in memory loss. “She felt like she had undergone a lot of trauma, but she doesn’t remember her trauma,” Pearson Lane says. “Her art was her healing. It was her lifeline, her everything.”

Skuodas herself has described her art-making as a form of tough soul-searching. “Basically I really don’t know what I’m dealing with,” she said in a 1984 interview with the journal Lituanus. “I feel it deep inside me, but I don’t know. That’s why I work. It’s like each painting is trying to reach toward some sort of evocation or communication or explication. It’s like an opening up, and it’s probably a lot of things that trouble me.”

In 1958, Skuodas began studying art at Northern Illinois University, where she also received her MA in 1964. The following year, she married John Pearson, a Yorkshire-born painter, who soon received a job teaching at the University of New Mexico. There, the couple made a home in an unsightly apartment, redecorating it with flea-market finds that Skuodas painted with wild colours and otherworldly figures. “Everything she touched she had to transform and always transformed with flamboyance,” Pearson Lane says. “She saw magic in everything. She would get inspired by the most random things.”

Skuodas always experimented with various materials such as beads, sequins and flashy fabrics, producing hard and soft sculptures, quilts, jewellery and more. But she was known most for her paintings and drawings, which in her early years leaned into Surrealism. These were strange landscapes with metaphysical dimensions—“rooms that open onto sea and sky”, as the painter Douglas Max Utter describes in an essay in Skuodas’s 2013 catalogue, or “the interior of a tent in a desert landscape, or proscenium-like spaces, where bold shadows lap at the edges of inscrutable scenarios”.

In 1972, after stints at Nova Scotia College of Art and Design and the Cleveland Institute of Art, Pearson accepted a teaching job at Oberlin. Skuodas, busy raising two children in the small college town, didn’t worry about promoting her art, although her works were drawing attention, mostly from galleries around Ohio but also in Illinois and New York. “There was a lot of hype around her, and she chose not to go with that,” Pearson Lane says. “She made the choice to be a mother. But she never stopped creating.”

Pearson always supported Skuodas, but it was his career that took off, with his work appearing in international solo shows.“She was seen as his wife even though she was an artist in her own right,” Pearson Lane says.

Over time, Skuodas’s dreamlike grounds became increasingly geometric and flat, with naturalistic figures taking centre stage. In the 1990s she headed in a more abstract and minimal direction, painting free-floating forms in undefinable spaces. The figures still appeared, but they grew more contorted and phantasmic—representing, Skuodas has said, “the violation of universal soul or the brutalization of Mother Earth”.

Although prominent critics from New York visited Skuodas’s studio, she remained a regional name. “They’d say that this work is the best work they’d seen in decades, but her work couldn’t sell in New York because x, y, z was what was selling at that time,” Pearson Lane says.Skuodas’s work may not have sold in part due to the overt and reverent references to religion in some paintings, from crucifixes to cryptic portraits of Jesus. While raised Catholic, she was not committed to organised religion. Rather, she was drawn to the messages of Biblical stories and the symbolism behind religious imagery. “She was someone with a total belief in a higher power,” Pearson Lane says. “She believed in the teachings of Jesus, but she also believed in the teachings of Buddha, of Madame Blavatsky and all these spiritual seekers. What were those prophets telling us? What was the wisdom, what was beneath the words?”

One of Skuodas’s favourite shapes was the oval. In some works, these are clear depictions of Christian stigmatas; in others, the mandorla-like form alludes to female anatomy. “She called them wounds,” Vali says. “She used it in different ways—as a unit within a grid, but also as a reference, presumably to feminist imagery.” In The Seed the Synthesis Growth the Analysis (2010), an extraordinary 5ft by 6ft painting of an apple’s cross section over cadmium yellow, the oval appears as the sensuous, innermost cavity, the loculus containing the seeds. Waving lines delineate the surrounding layers of flesh so the core seems to open, perhaps offering something forbidden in the fruit.

Skuodas made some of her best work in her later years. Inspired by physics, astronomy, and spirituality, she became increasingly focused on how pattern and colour can harmonise to evoke tension and energy, and produced gridlike compositions and planes of dots arrayed in intricate designs.

She was also gaining recognition as one of the most prominent artists in the Cleveland area. In 2005 and 2006, Moti Hasson Gallery held her first solo exhibitions in New York, one of which was reviewed by Art in America. In 2010, Skuodas won the prestigious Cleveland Arts Prize Lifetime Achievement Award for Visual Arts, and the following year, the Cleveland Museum of Art acquired its first work by Skuodas. The Cleveland Artists Foundation at the Beck Center in Lakewood, a suburb of Cleveland, mounted a small retrospective in 2013.

Since their mother’s death in 2019, Pearson Lane and her brother, Jason Pearson, have begun to archive the holdings of her studio in Oberlin. Working with Front curators to bring her message to a wider audience was a critical step in keeping her legacy alive, but only an initial one. “We’d like to find a curator interested in doing a full retrospective of her,” Pearson Lane says. “As her children, we feel like her voice needs to be heard because she was seeking to help people see a deeper truth in their lives. Now is her moment.”