Paintings made by Sicilian prisoners and the poetry of Maxine Kumin: Megan Rooney on her greatest influences 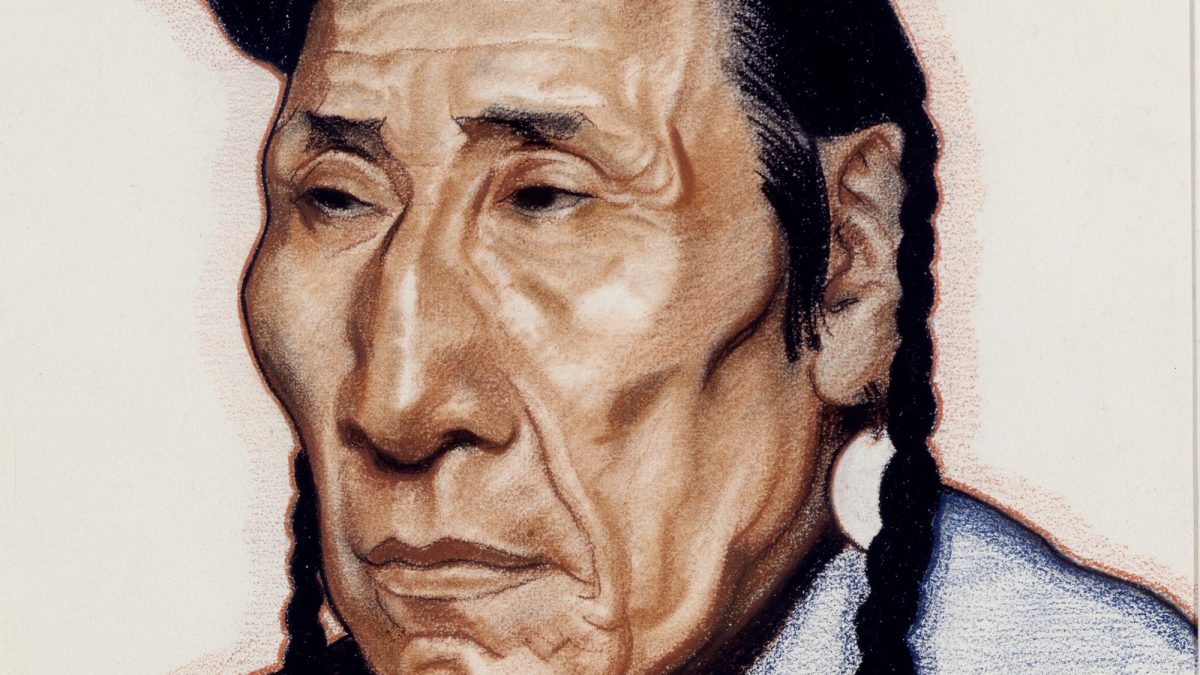 An exhibition at the New-York Historical Society surveys the work of the influential yet little-known German-born American artist, graphic designer and interior designer Winold Reiss (1886-1953). Titled The Art of Winold Reiss: An Immigrant Modernist, the show features 150 works—many being exhibited for the first time—including paintings, drawings, posters, furniture, preparatory sketches and more.

As a young man, Reiss enrolled at the Munich Academy to study under Franz von Stuck, whose other pupils included Paul Klee, Wasily Kandinsky and Josef Albers. In 1913, aged 26, he immigrated to America and settled in New York. “He comes here because he wants to bring Modern art to America,” says Marilyn Satin Kushner, who co-curated the show with Debra Schmidt Bach. “He has his fingers in everything. He sees the importance of painting and sculpture but also of graphic design, poster design and even woodworking.”

The first of the exhibition’s four galleries focuses on Reiss’ early work. It encompasses bold and colourful paintings brought over from Germany, as well as graphic works, posters and two wooden dining chairs. The work Decorative Bird Panel (1911-16)—a bright and swirling design in tempera on paper—exemplifies this early period, while a poster from 1916 advertising a charity bazaar for the widows of fallen First World War soldiers embodies his knack for bold graphic designs.

The second gallery features Reiss’s strongest and arguably most relevant work. In 1925, Reiss was tapped by publisher Paul Kellogg to illustrate an issue of the sociopolitical magazine Survey Graphic. Titled Harlem: Mecca of the New Negro, the issue was guest edited by the writer and philosopher Alain Locke, and also featured writings by civil rights activist W.E.B Du Bois and feminist scholar Elise Johnson McDougald.

Some of the Black intellectuals Reiss was commissioned to paint pushed back against the idea of a white, German immigrant being chosen to portray them, but concerns were assuaged when Locke vouched for the artist. “Locke understood that Reiss, more than any artist he knew, was able to get to the soul of these people,” Kushner explains. The works are shown here for the first time since 1925, when they were exhibited at the New York Public Library branch on 135th Street.

The adjacent wall features portraits including a famous depiction of the poet Langston Hughes; the Japanese-American artist Isamu Noguchi; and a work on paper of an Indigenous man known as Turtle (one of 10 works Reiss created depicting him). After reading the immensely popular Western novels of German author Karl May, meeting and painting Indigenous people became one of the artist’s main focuses, with over 250 such works known to be in his oeuvre. He made several trips to the Blackfeet Reservation in Montana to depict members of the tribe; this body of work remains Reiss’s most commercially successful, though just one example of it is featured in the exhibition.

In the third gallery there are preparatory sketches, metalwork and ephemera representating Reiss’s commercial work for hotels, restaurants and homes across New York City. Notable pieces include preliminary interior designs and sketches for the popular chain of Longchamps restaurants spanning 1923-1952, as well as menus and matchbooks for the Crillon restaurant dated 1919-1926. These artefacts are further evidence of the breadth of Reiss’s skillset, with colourful and swooping shapes, graphics and typefaces that exemplify quintessential Modernist principals. Nearly all of the commercial endeavours referenced in the third gallery no longer exist; mockups and ephemera are all that remain.

The exhibition’s fourth and final gallery delves into some of Reiss’s influences. It is anchored by a large-scale painting salvaged from one of the Longchamps restaurants, designed around the theme of “the future”. Rendered in gilt paint, the 1936 painting of an airplane, train and car set against a vibrant cityscape recalls Italian Futurism, and shows the artist’s imagined interpretation of life in the 21st century. Other highlights include a pair of works emulating German Expressionism and an action-packed Harlem dance scene from 1925, attesting to his deep love of jazz.

The survey of Reiss’s work raises the question of why such a prolific and influential artist is largely unknown today. While he enjoyed commercial success and was accepted in artist circles, as an immigrant from a country that Americans fought against in both the First World War and Second World War, Kushner posits that Reiss felt ostracised from mainstream society at a time of widespread anti-German sentiment. The feeling of being an outsider drew him to depict minorities and groups on the fringes of mainstream US society, including African Americans, Native Americans and Asian Americans.

Racism and prejudice also meant there were few outlets and venues to publish or show the resulting artworks. Meanwhile, Reiss’s commercial work for restaurants and hotels was mostly unveiled with little fanfare and often destroyed or painted over as tastes changed. Bringing these works together now may help to remedy Reiss’s longtime obscurity.