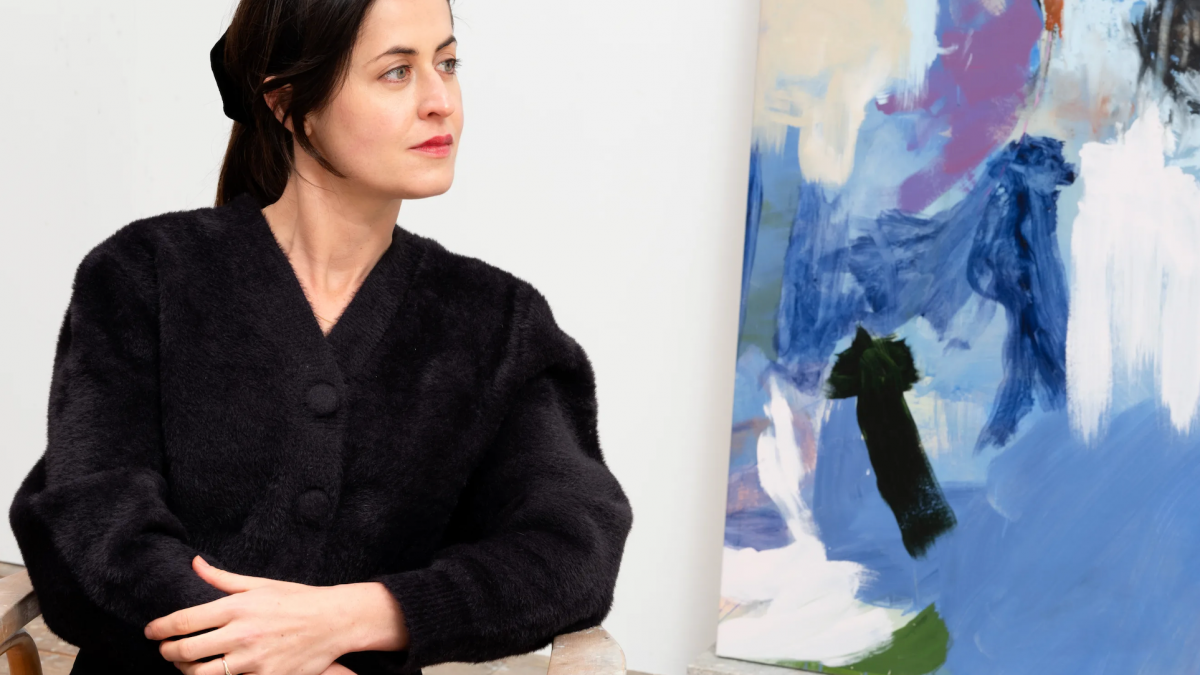 The Art Newspaper: If you could live with just one work of art, what would it be?

Megan Rooney: Alice Neel does something to me, always, that is unforgettable, irreplaceable and indescribable. Her work is absolutely transformative. So I would pick this great Alice Neel early watercolour: she’s pictured herself on the loo, she’s having a wee, and her lover at the time, John Rothschild, is also naked, peeing into the sink. They’ve just made love. She’s depicted herself quite sexily. The painting captures this perfect, imperfect moment of two people that have shared an experience of being together. And she feels great: she’s got her arms above her head and her head tilted back. I would love to live with that painting.

Which cultural experience changed the way you see the world?

I spend a lot of time in Sicily. I had been told by a friend of mine to visit the cells of prisoners held during the Spanish Inquisition [at the Museo dell’Inquisizione in Palermo] because these wall paintings had been unearthed in the cells. So I went to Palermo after I had done a residency on an island [off Sicily] called Favignana and visited these murals. There was a cell where female prisoners were held for trials and then the rest were male cells. In the female cells the paintings had been made with human fluids and the clay from the floor, mixed with different spices and powders, and they were incredibly colourful, while the male ones were all black and white. They were horrific, because the women were being tortured and they could hear other people being tortured, but they had this impulse to make these incredibly touching depictions of each other on these walls. That was something I won’t soon forget.


Which writers or poets do you return to the most?

I always mention Maxine Kumin because she doesn’t get enough face time. She was poet laureate [to the US Library of Congress] and she came to writing at a very late age in her life. She was almost 40 when she began writing through an adult learning class, where she met [the poet] Robert Frost in New Hampshire. She started writing poems about her life: about farm life, about her children, about the nature surrounding her. She wrote some of the most touching, inexplicably sad poetry that’s ever been written. I definitely read her every day.


What music or other audio do you listen to while you’re working?

I don’t really listen to music when I’m working anymore. I used to a lot and then I would listen to a variety of things: a lot of Alice Coltrane, a lot of Max Richter doing Vivaldi, and a lot of rubbish, especially when I was madly painting. But, as of late, I’ve stopped doing that. I feel like if you listen and jam too much into your head, you can’t find the rhythm in the work. And I’m always trying to negotiate my body on the surface. I like to hear if I’m approaching with grace or with fury or with confusion—you can tell a lot by your breath and by the sound of your body’s own movement, how you’re going to hit the surface. So I started listening more to my paintings.


What is art for?

Art gives me a place to be, to hang out. I’m incredibly grateful for this space. I use it as my way of whittling the world down, to make it more manageable, more real, to me. Ironically, it becomes more real to me through the making of it: it’s not a proximity to reality, it is my version of reality. The great feeling in the Alice Neel painting is that fantasy of life, what it might have been or what it might have looked like; art gives you a licence to let all the things you have—and don’t have—exist somewhere.

• Listen to the full podcast interview with Megan Rooney. And read a review of her exhibition at the Fondation Louis Vuitton, Paris

• Megan Rooney is in the group shows Fugues in Colour, Fondation Louis Vuitton, Paris, until 29 August, and Saturation, Thaddaeus Ropac, Paris, until 24 September