Influencers and antiques? How a new generation is transforming the market 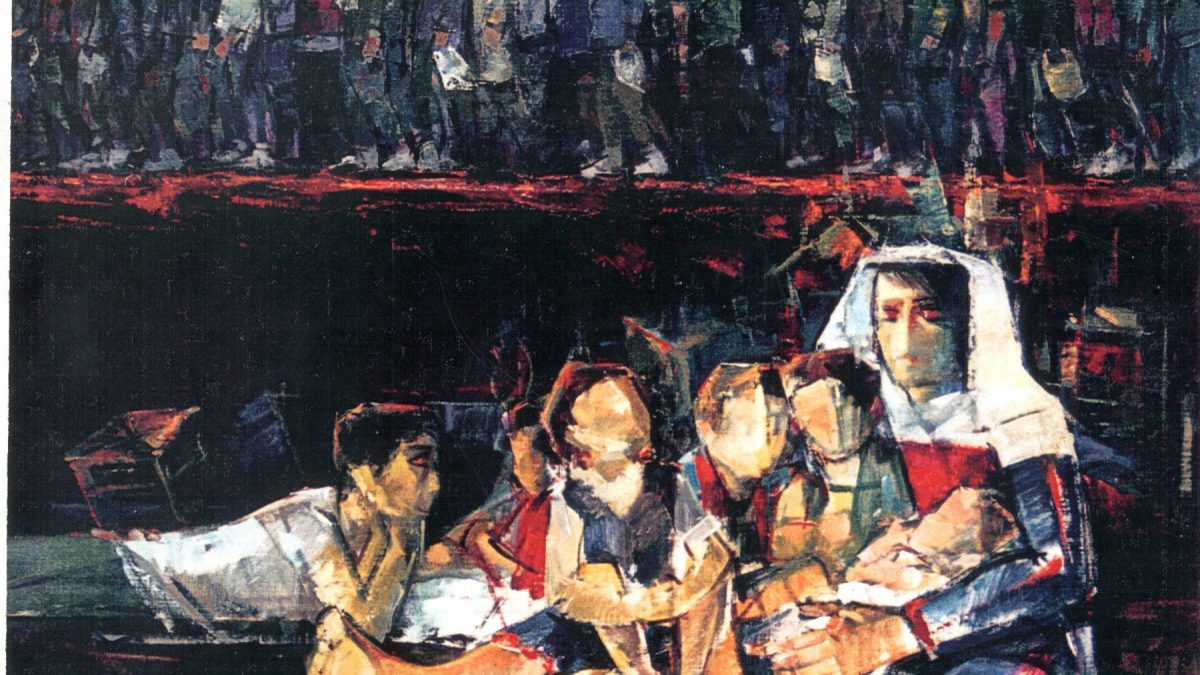 A new online encyclopaedia has been launched in Beirut, providing a unique insight into Palestinian art and visual culture.

The platform Interactive Encyclopedia of the Palestine Question was launched by the Institute for Palestine Studies in Beirut and the Palestinian Museum in Birzeit in June. Its launch was timed for the 74th anniversary of the Palestinian Nakba—the Arabic word for “catastrophe” used by Palestinians to describe the mass exodus from the region after Israel was founded in 1948—and the 55th commemoration of the 1967 Arab–Israeli war.

Covering major events from the end of the Ottoman era to the present, the resource includes comprehensive chapters on art, ranging from icon paintings of the 18th century through to embroidery, photography and multimedia.

Camille Mansour, the project’s editor in chief, says the encyclopaedia’s aim is “to present Palestinians as they are—purposeful actors, and not just victims, who build with both successes and setbacks their political, social, and cultural institutions inside and outside Palestine”.

The encyclopaedia includes more than 800,000 entries, both in English and Arabic. The sections on culture provide a unique and detailed overview of the history of Palestinian art and how this history relates to the social and political realities of the Palestinian state.

The art segment is split into four chapters, each of which document four distinct periods in the history of Palestinian visual culture. It starts with Beginners (1795–1955), a chapter that explores how icon painting was developed as “one of the country’s earliest traditions of picture making” and then “aborted when Palestinian society was uprooted in 1948”.

This is followed by Pathfinders (1955–65), a chapter that details how “a new art was forged by pioneers, most of whom grew up as refugees”. The encyclopaedia then moves on to Explorers (1965–95), which includes often heavily censored art that was created in exile and under occupation by artists such as Sliman Mansur and Taysir Barakat. It ends with Present Tense: New Directions (1995-2016), which documents a shift towards internationalised multimedia and conceptual art led by women artists like Mona Hatoum and Emily Jacir.

A key section of the encyclopaedia focusses on Palestinian embroidery—added to UNESCO’s Intangible Cultural Heritage list last December—which links Palestine’s cultural heritage to the experience of its people, particualarly after the Nakba. “Economic hardship and lack of access to the old, traditional market sources for cloth and threads meant that few new dresses were made in the late 1940s and 1950,” the entry reads, noting that, out of the subsequent 1960s refugee camps, a new art form emerged.

The “New Dress” appearance was the first step toward the transformation of embroidery from a vernacular that expressed village origins and social status to a symbol of Palestinian national identity, the entry details. The dresses acted as “a reflection of the cultural exchange occurring in the refugee camps”.

The most politicised manifestation of the New Dress was the “Intifada Dress”, made and worn during the popular uprising of the late 1980s and early 1990s, during which “women defied the Israeli ban on publicly displaying the Palestinian flag by embellishing new dresses with cross-stitched maps of Palestine, the acronym ‘PLO’, the word ‘Palestine’ in English and Arabic and even flags using thread in the four colours—red, green, white and black—of the Palestinian flag”.

Other chapters focus on the presence of contemporary Palestinian photography. “Palestine was one of the first places outside Europe to which photography spread: it arrived in 1839, the same year that French artist Louis Daguerre announced its invention,” an entry reads. In addition, a section on poster art documents the Palestinian usage of graphic design—from The British Mandate through to Tunis and beyond.