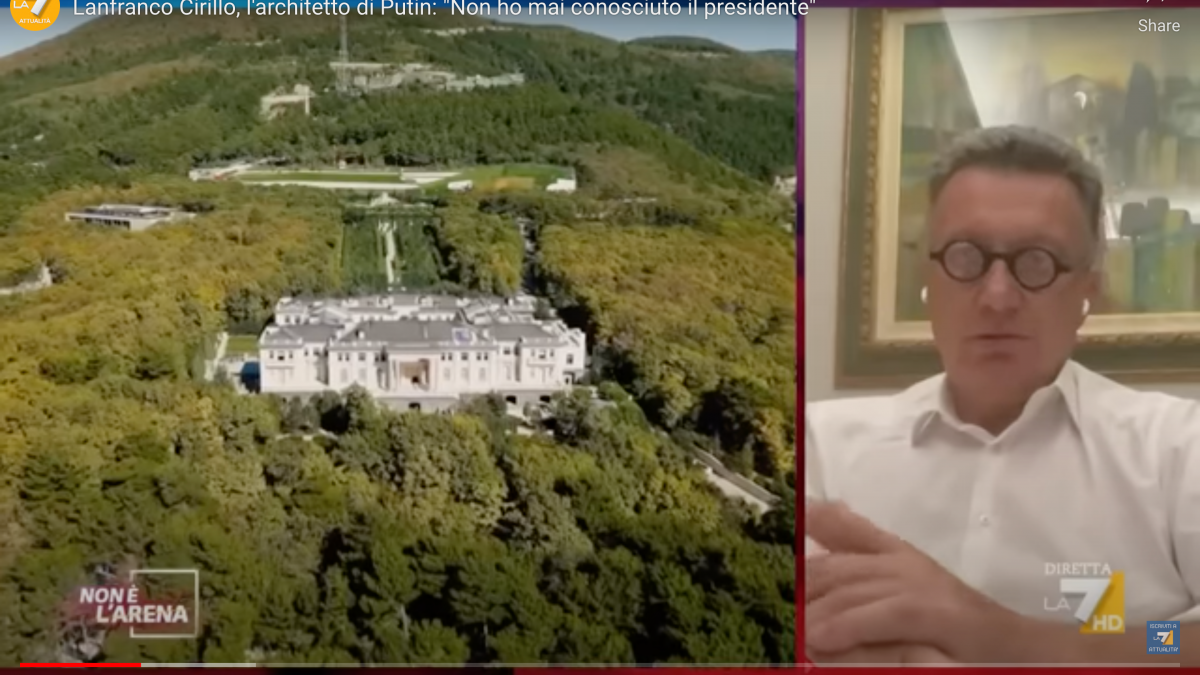 Italian police have seized the assets—including works of art—of Lanfranco Cirillo, the designer of a mysterious 18,000 sq. m mansion on the Black Sea that many believe was built for the Russian President Vladimir Putin. Cirillo is under investigation for tax crimes.

According to the Reuters news agency, the assets—art, cash and jewels reportedly worth around $144m—were taken from a “well known professional” in Brescia, northern Italy by the Guardia di Finanza law enforcement agency. Sources confirmed to Reuters that the individual is Cirillo.

The Italian newspaper Il Corrieredella Sera reports that around 150 works were seized by artists such as Modigliani and Picasso. Marco Tolla of the Guardia di Finanza would not confirm the report but tells The Art Newspaper: “According to usual practice, if the court issues a guilty verdict [pending a trial] that is deemed to be conclusive, the works of art will be confiscated by the state and ultimately entrusted to Italian museums.”

Cirillo’s lawyer, Stefano Lojacono, says in a statement: “The architect, who is in Moscow, is very disappointed [that] the fact that he bought some prestigious properties and works of art in Italy—and provided for his wife and daughter—are now being used to argue that he faked his move abroad.” He adds that Cirillo was not guilty of any wrongdoing regarding Italian taxes. Lojacono could not be reached for further comment.

Earlier this year, we reported that Cirillo is being investigated by the Italian authorities for allegedly failing to pay a €50m tax bill. Officials raided the 63-year-old Italian architect’s own villa in Roncadelle near Brescia in February, where they discovered and confiscated a treasure trove of works by artists including Pablo Picasso, Paul Cézanne, Wassily Kandinsky, Giorgio de Chirico and Lucio Fontana.

Around 100 agents from the Guardia di Finanza searched the villa, that is owned by Cirillo’s wife, as part of an ongoing investigation into alleged money laundering and tax evasion from 2013-19, Giornale di Brescia reported. Officers confiscated a dozen “highly valuable” paintings after it transpired that they had not been registered with the authorities as required by Italian law. Cirillo’s private helicopter was also seized.

Tolla says that the previous seizure and this latest confiscation are part of the same case, adding that the investigation started “a few months ago” when police became aware of “irregularities” relating to Cirillo’s helicopter, sparking a broader investigation. The latest seizure is “preventative” rather than conclusive and the items may be returned depending on the final verdict in any court case, he says.

Born in Treviso, Cirillo relocated to Russia via Kuwait in the 1990s, where he struck up relationships with powerful businessmen including the Jordanian-Russian entrepreneur Ziyad Manasir. Since then, the architect has claimed in recent interviews, that he has realised projects for 43 Russian billionaires, as well as companies including Gazprom and Novatek. Cirillo was awarded honorary citizenship by Putin in 2014. His lawyers argue that the architect generated his income during a six-year period in Russia, and is not due to pay taxes in Italy, Giornale di Brescia reported.

Putin has denied any connection to the Black Sea palace Cirillo designed, with Alexander Ponomarenko and Arkady Rotenberg—two wealthy allies—claiming ownership from 2011 and 2021 respectively.