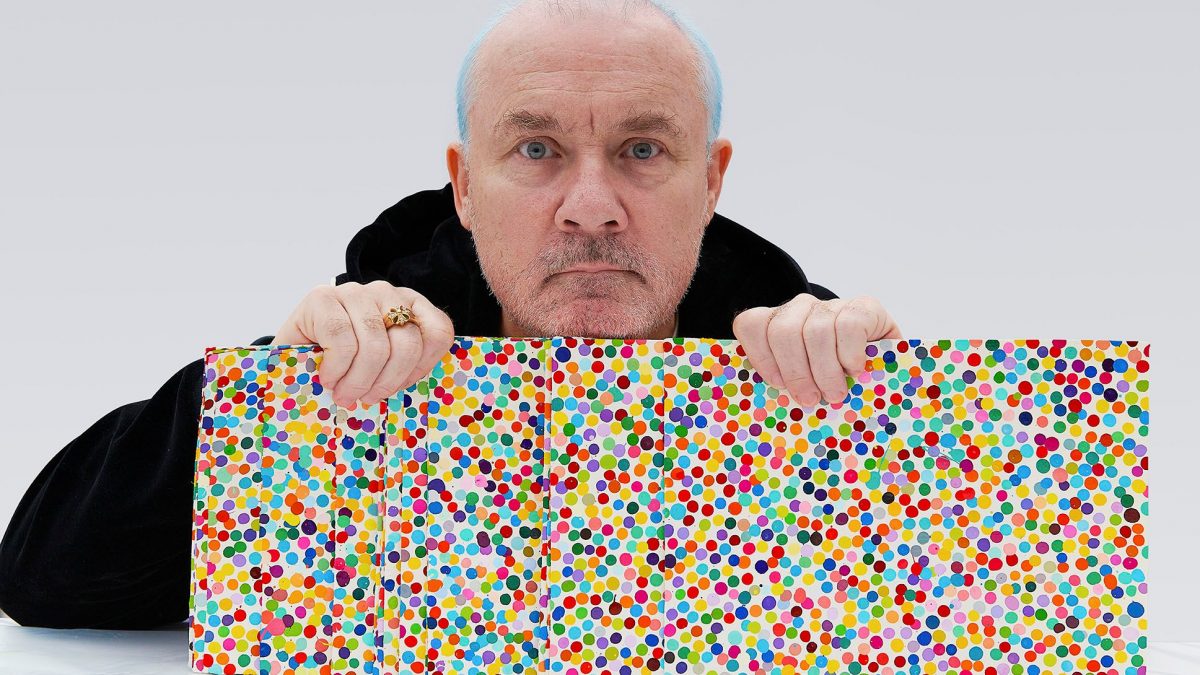 If, like us, you find NFTs baffling, fear not. They also have Damien Hirst’s head in a spin.

One year ago, the artist launched a project in which the buyers of 10,000 NFTs were forced to choose between keeping the digital token (priced at $2,000 each) or swapping it for a corresponding work on paper. Now the jury is in: 5,149 people have traded their NFT for an enamel dot painting, meaning 4,851 NFTs remain in existence. The physical works that were not claimed will now be burned by the artist.

Revealing that he kept 1,000 NFTs for himself, Hirst has confessed on Twitter that he has “been all over the f****** shop with my decision making, trying to work out what I should do”.

In the beginning, Hirst says he was adamant that he would “chose all physical”, or “most physical”. Then he flip-flopped to thinking he would go half and half. “Then I felt I had to keep all my 1,000 as NFTs and… then all paper again and round and round I’ve gone, head in a spin.”

Despite the onset of “crypto winter”, but perhaps unsurprisingly given that The Currency project is backed by the technology company Heni, Hirst ultimately stuck to NFTs. He says: “I decided I need to show my 100% support and confidence in the NFT world (even though it means I will have to destroy the corresponding 1,000 physical artworks). Eeeeeek! I still don’t know what I’m doing.”

Heaping praise on the NFT community, Hirst adds: “I have been in the physical art world a long time and I expect people to have agendas and shit, and I’ve seen a lot of bollox and I’m amazed at how this community breeds support and seems to care about shit.”

And by caring about “shit”, we assume, in this context at least, he means cold hard cash.