As the Commonwealth Games open, Birmingham’s museum sector contends with the legacy of colonialism

The eight best art books coming soon: from women street artists to the life and work of Hilma af Klint 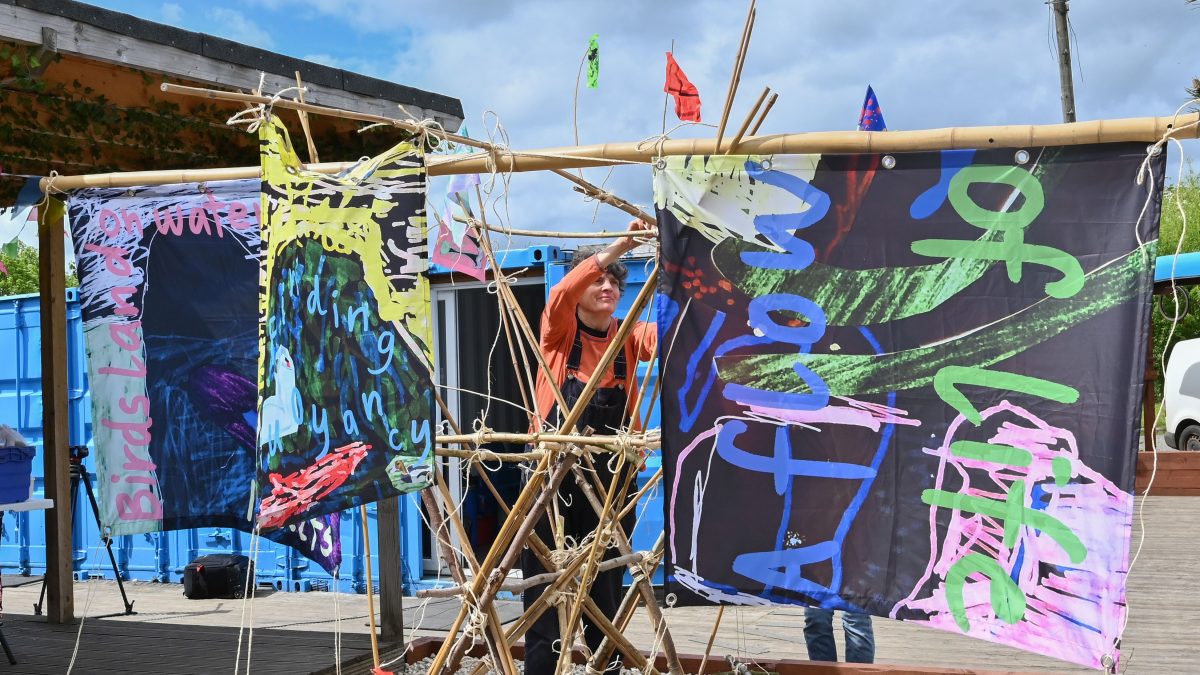 Céline Condorelli has had a good week. Not only has it been announced that she’ll be the next artist in residence at the National Gallery in London, but her first major UK survey is in full swing at Edinburgh’s Talbot Rice Gallery. The French-Italian artist interrogates ideas of transformation and transition and the way we use and navigate space. After Work (until 1 October) features key works and installations, all adapted to suit their new setting. More Permanent than Snow (2019) is well-positioned on a windowsill, the abstract sculptures in conversation with the window frame and the grooves of the stone wall opposite. Host (2019), a curtained-off space in which films about climate change were originally shown, may be empty, but in the heat of summer the glass dome above is a reminder of rising temperatures.

After Work is one of more than 35 exhibitions on display across the city as part of the 18th edition of the Edinburgh Art Festival (until 28 August). With anatomical art, Raphael reimagined in VR, feminist readings of the city, community gatherings, and eco art activists, there’s something to suit all tastes (inevitably there’s some less successful art, but the breadth of offerings means it’s easy to ignore). At Fruitmarket, Daniel Silver’s Looking (until 25 September) presents a colourful cast of clay sculptures that are at once figurative and abstract; some resemble reclining female nudes and dancing party people, others dribbled sandcastles and dried gum. During my visit, a little girl in flowery dungarees delighted in replicating the poses, popping her hip and extending her arms.

The atmosphere is more subdued at Stills Centre for Photography, which presents the first display of Ishiuchi Miyako’s work in Scotland (until 8 October). If you only have time to catch a couple of shows, make sure this is one of them. The gallery draws upon three of the Japanese photographer’s most celebrated bodies of work, among them Mother’s (2000-05), an intimate series of photos she took of her mother’s belongings in the wake of her death. Poignant images show thinning whips of dark hair tangled up in a brush, scarred skin, and a tube of lipstick, its golden top smeared red. Captured against light and dark backdrops, sheer slips are delicate and ethereal. Tucked away in a corner are sets of false teeth.

A similar sense of memory and time’s passage runs through Will Maclean: Points of Departure(until 2 October) at City Art Centre. Perhaps best-known for his wall constructions, the Scottish artist also makes drawings, prints, sculptures, video art and installations, all of which are rooted in the history of the Scottish Highlands. Maclean’s passion for the local landscape shines through in the care and attention he affords to found objects, among them a framed and glazed collection of seabird’s eggs. Glass display cases contain items that carry with them the tales and associations of their original existence. Collages, photos and diagrams are a visual record of nautical navigation techniques and fishing practices.

Marking the 200th anniversary of the opening of the Union Canal, this year’s commissions programme is inspired by the theme of “The Wave of Translation”—a scientific phenomenon discovered by an engineer in Edinburgh in the early 19th century. At Printmakers (until 18 September) and alongside the canal, the Montreal-based artist Nadia Myre explores notions of migration and storytelling across print, performance and sound. Over at the French Institute for Scotland—home to Platform programme (until 28 August) that displays the work of four early-career artists—Saoirse Amira Anis’s Holding Barzakh (2022) also crosses cultures. Comprising film, textiles and remnants of the artist’s production process (she calls them ‘detritus’), the installation is oddly soothing. You can take a seat and watch her hands create natural dyes by plucking, squeezing and straining edible ingredients traditionally used in Morocco and Scotland.

From today’s rising stars to the French avant-garde, A Taste for Impressionism: Modern French Art from Millet to Matisse(until 13 November) at the Scottish National Gallery charts the history of the movement from the Barbizon painters, who sketched in oils in the Forest of Fontainebleau, up to the emergence of the Nabis and other bold and brilliant groups. This absorbing exhibition tells the story of how the National Galleries of Scotland cleverly built up a collection of Modern French art. With an annual acquisitions budget of £1,000, they relied on generous benefactors. A section dedicated to “Affordable Impressionism” displays charming works on paper, among them a velvety seated nude drawn with creamy conté crayon by Georges Seurat and a candid drypoint of a young woman bathing by Suzanne Valadon.

The exhibition ends with Henri Matisse’s Jazz (1947), an unbound book of vibrant prints purchased by the National Galleries of Scotland in 1981. The pages unfold around a room of their own, full of life and verve. Look closely and you’ll start to see glimpses of Daniel Silver’s clay figures‚there, in Matisse’s impression of Icarus. Against a starry sky, the silhouette throws shapes, busting and grooving like he’s out on the town—or perhaps at an art festival.