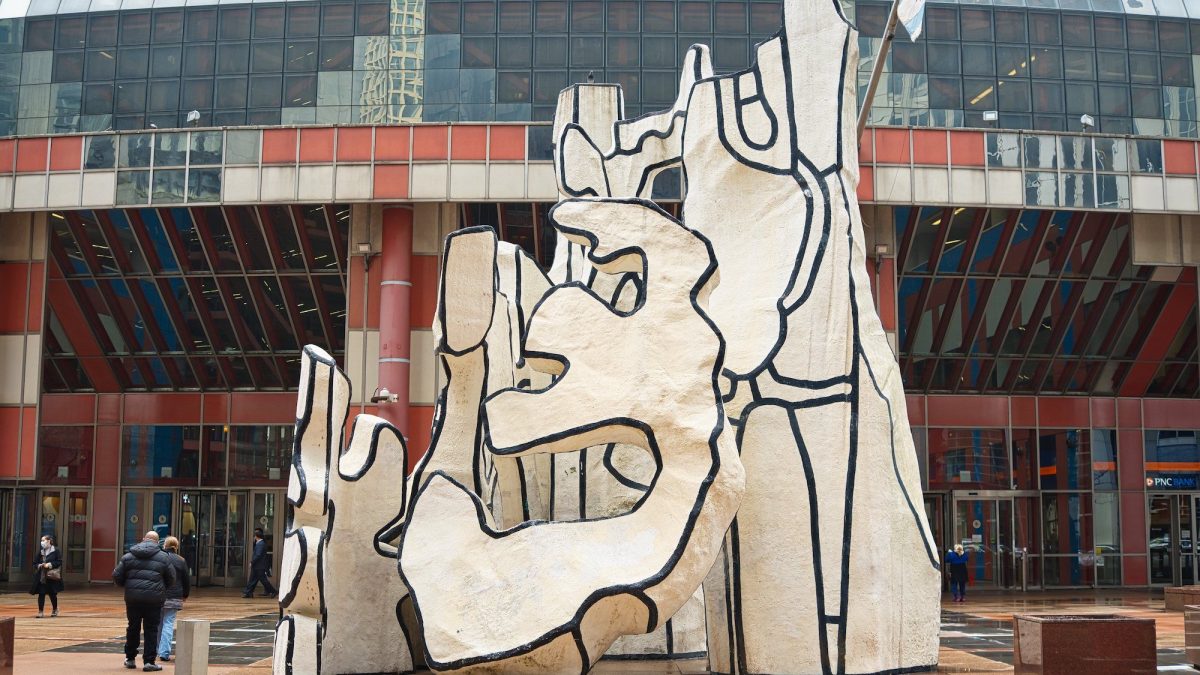 Jean Dubuffet’s 29 ft-tall sculpture Monument with Standing Beast(1984), a fixture outside Chicago’s James R. Thompson Center since before architect Helmut Jahn’s famous postmodernist building was even completed in 1985, will soon be standing elsewhere.

After the state of Illinois sells the Thompson Center to Google—via a consortium of developers who will retrofit the iconic building to the tech giant’s specifications—it will relocate the ten-ton Dubuffet sculpture about three blocks south to 115 South LaSalle Street, a former bank building the state recently purchased to replace the office space it is losing at the Thompson Center.

Monument with Standing Beast is perhaps the best-known of the French avant-garde artist’s three large-scale public sculptures in the US (the others are in New York and Houston). Made up of four shapes representing an animal, a tree, an architectural form and a portal, it was based on the artist’s Hourloupe drawing series of the 1960s. Ruth Horwich, an art collector and co-founder of Chicago’s Museum of Contemporary Art, donated the hulking fibreglass sculpture in honour of her late husband Leonard Horwich.

A spokesperson for the Illinois Department of Central Management Services did not give the Chicago Sun-Times any details as to the timing of the sculpture’s relocation. The pedestrian plaza outside its new home on LaSalle Street is certainly less grandiose than the dramatically curving expanse it has occupied for the better part of four decades outside the Thompson Center. As School of the Art Institute of Chicago professor Rolf Achilles told the Sun-Times, “The Dubuffet deserves better than standing in the shade.”

Still, given its unofficial nickname—”Snoopy in a blender”—some Chicagoans may be glad to see the sculpture moved to a less prominent site.