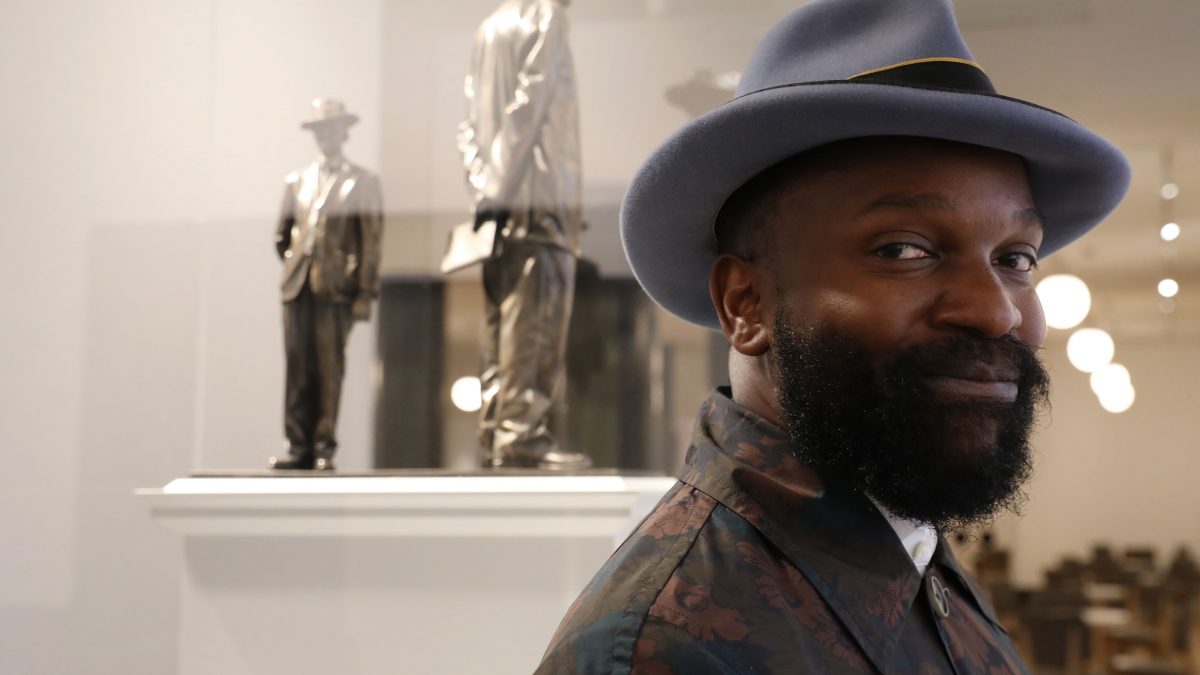 The Jive Talker or How to Get a British Passport, Samson Kambalu, September Publishing, 336pp, £12.99, pb

The artist and academic Samson Kambalu is having a moment, winning the commission to occupy the Fourth Plinth with his Antelope sculpture due to be unveiled next month in Trafalgar Square, London. The piece recreates in bronze a 1914 photograph of the pan-Africanist John Chilembwe and the European missionary John Chorley. This updated memoir, including a new 5,000-word introduction, traces Kambalu’s childhood in “Malawi’s music-filled towns”, the son of a “heavy-drinking intellectual father and a mini-skirted, convent-educated mother”. Kambalu’s works include Holy Ball (2000), a football wrapped in pages of the Bible which was kicked about at various venues including the University of Malawi’s Chancellor College.

Katy Hessel casts her net over art history, presenting an alternate history of art that eliminates the patriarchy (Hessel is a leading light in the gender disparity field, launching an Instagram account in 2015 that has celebrated “women artists on a daily basis”). In an Instagram post, Hessel outlines how the “book aims to retell art history with pioneering non-male artists who spearheaded movements and redefined the canon”. The book begins in the 1500s and ends in the 2020s, exploring and introducing “myriad styles and movements, interweaving women, their work and stories within”. Artists featured include the Renaissance painter Sofonisba Anguissola (1535-1625) and the US folk artist Harriet Powers (1837-1910).

The Brazilian artist Marina Amaral brings celebrated women from the 19th and 20th centuries to life in this overview of female experience in modern history. Historian Dan Jones assesses the impact of famous figures including the Mexican artist Frida Kahlo, the English social reformer Florence Nightingale and the activist Emmeline Pankhurst, with visual input from Amaral who describes herself as a “digital colourist”. In a statement on her website, the artist describes her technique as “breathing life into the past”, involving “careful historical research to determine the colours of the objects pictured”. Amaral has chosen 200 black-and-white photographs taken between 1850 and 1960 and colourised them, providing a vivid backdrop to Jones’ analyses.

The 19th-century US artist Winslow Homer has been overlooked to a degree in the UK so a forthcoming exhibition at the National Gallery in London (10 September-8 January 2023) shines a welcome spotlight on the Massachusetts-born painter who explored relevant contemporary topics such as race, nature and the environment. The accompanying catalogue highlights Homer’s extensive panoply of themes and geographical settings, from the American civil war and the battle between life and death to the physical vastness of landscapes in Florida, the Caribbean and the Bahamas. “Presenting a selection of masterpieces spanning his entire career, this book also addresses the complex social and political issues of Homer’s era and how the artist sought to engage with them,” say a statement from the publisher.