As the Commonwealth Games open, Birmingham’s museum sector contends with the legacy of colonialism 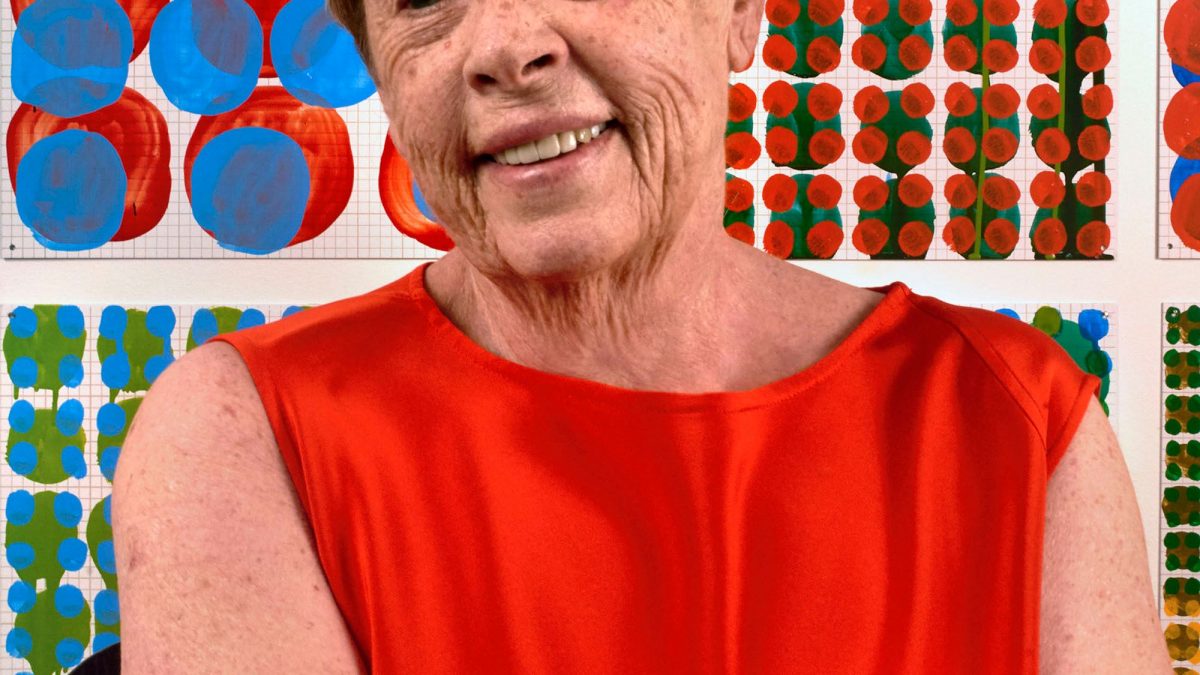 Jennifer Bartlett, an icon of the New York art world in the 1970s and 80s, died on 25 July at her home in Amagansett on Long Island. She was 81 years old. Her death was confirmed by the galleries Paula Cooper and Marianne Boesky, which both represent her. Bartlett was best known for her meticulous, large-scale works that spanned painting, printmaking and sculpture, combining the gridded serialism of Conceptual and Minimalist art with a bright, painterly expressionism that moved between figuration and abstraction.

Bartlett, born Jennifer Losch in 1941, grew up in Long Beach, California. She received her BA from Mills College in Oakland, California in 1963 before enrolling in the Yale School of Art’s MFA programme, where she came into contact with such titans as Richard Serra, Jack Tworkov, James Rosenquist and Claes Oldenburg, among others. The exploratory spirit of the age transformed her approach to art-making, leading her from the Arshile Gorky-inspired drawings of her early years to a more materially inventive, formally ambitious approach. Bartlett would later sum up her time at Yale to her friend and fellow artist Elizabeth Murray in a 2005 interview for BOMB magazine: “I’d walked into my life.” In 1964, she married Ed Bartlett and took his last name. In 1965, she received her MFA from Yale and began renting a studio in New York City, making art in her free time while commuting to New Haven to teach at the University of Connecticut.

During those first years out of school, Bartlett was possessed by an experimental energy and interest in materiality. She would make trips to the industrial supply stores on Canal Street to buy rubber plugs, rope and plastic tiles, subjecting them to various processes such as burning, freezing and smashing. These experiments, along with her interest in the process-based works of artists like Serra, Carl Andre and Mel Bochner, would eventually lead Bartlett toward the creation of her most seminal and well-known work, the massive, multi-paneled Rhapsody, which debuted in 1976 at Paula Cooper Gallery to widespread acclaim and astonishment.

Rhapsody is a work startling in its size and relative simplicity. It is made up of 987 enamel-covered steel plates, measuring one square foot each, which are arranged in a grid measuring nearly eight feet high and stretching over more than 150 feet of wall space. The plates vary in their individual compositions: some contain pared-down depictions of trees and houses and ocean waves, some are full of multi-colored hash marks or dots, other plates only cohere into a recognizable form when seen from a distance, allowing multiple coloured squares to become one large image. The work is an experience in the fertile ground between variability and uniformity, and heralded new possibilities in its unabashed embrace of both conceptual seriality and large-scale figurative painting.

Bartlett would continue in this gridded mode for much of her career, whether in the architecturally-focused polyptychs of her Addresses series (1976-78) or the lined compositions of her wonderfully moody plate paintings In the Garden (1979-83). In 1972, she divorced Ed Bartlett, and began teaching at the School of Visual Arts, where she would remain on faculty for five years.

The grid never left Bartlett, but as the years went on, her subject matter began to shift more toward the unstructured motion of nature. In her 1994-95 series of canvases dubbed 24 Hours, straight lines and picnic cloth patterning run up against lush depictions of ferns and swimming goldfish. She also began to experiment with three-dimensional sculptural elements, as seen in installations like Sea Wall (1985), which featured constructed rowboats and houses in front of a painting depicting the same subjects, as well as Fire/Three Cones (1989), which features a similar doubling between painting and sculpture. She continued to explore the interplay between linear structures and deeply-felt figuration through her later career, as seen in the foreboding compositional geometry and occasional jagged neon lines of her 2012 Hospital pastels.