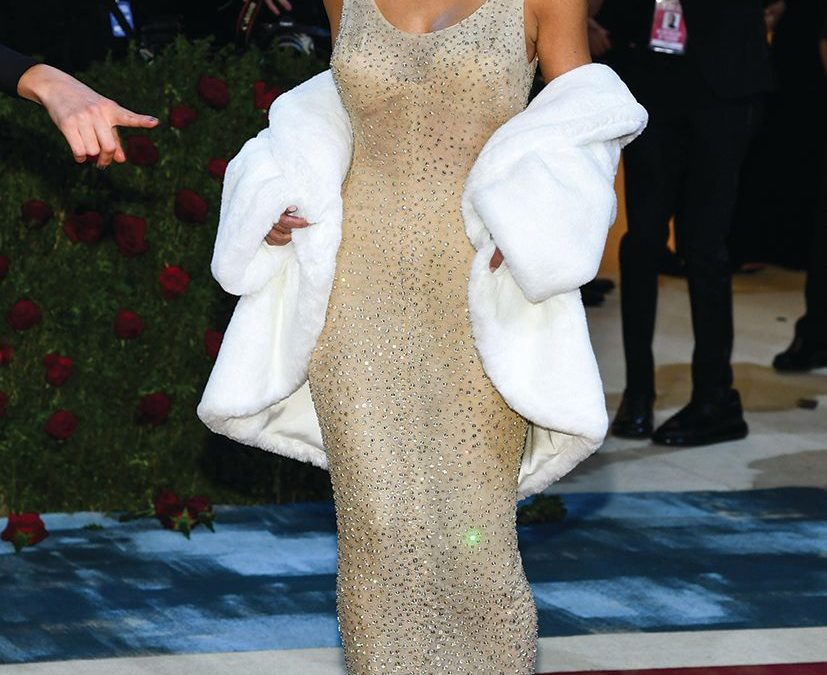 As a woman accidentally tripped and fell onto a work by Alberto Sánchez at Madrid’s Museo Reina Sofia last month, images of Marilyn Monroe’s “happy birthday Mr President” gown allegedly being damaged after being worn by Kim Kardashian were madly circulating online, and news broke of a man smashing up $5m-worth of artefacts in a museum in Dallas.

Aside from the obvious question—is nothing sacred anymore?—such incidents have prompted fresh questions over what rights creative professionals and artists have over the safeguarding of their work (including how it is treated, displayed and stored) once it has left them.

When the artist still owns the work in question, the situation is relatively straightforward. Rights under common law will ensure that “if someone is entrusted with a work, as bailee that person is under a duty to take reasonable care of the goods”, says Fred Clark, an associate at the law firm Boodle Hatfield. He adds: “If the work has been consigned, it may be that the artist can claim [against any loss or damage] via the terms of the contract, which might say the gallery or dealer will take care of the work until it is sold, or there could be an insurance policy to claim on.”

Certainly, the eighth anniversary of the original fire at Glasgow School of Art and the more recent “tidy up” at the Royal College of Art, in 2021, which saw students work damaged, act as reminders of the vulnerability of works of art.

In instances where ownership or possession of the work has moved on from the artist, matters are more complex.

Intellectual property law generally provides creators with a “right of integrity” that is, the right not to have a work subjected to derogatory treatment, regardless of who owns it.

“This right arises where the treatment amounts to distortion or mutilation of a work or is otherwise prejudicial to the honour or reputation of the author. Such a right might be relied upon where there is deliberate damage (for example protesters gluing themselves to works) but [this would be] less likely to assist an artist (or their estate) where loss or damage has been caused through a lack of care in terms of display, storage or security,” says Sarah Barker, a partner at Withers.

In the US, a number of interesting examples have emerged around street art and the protection artists can expect for their works on sites which do not belong to them. Perhaps, most notably, the case of the artists behind the famous 5Pointz graffiti site in New York, who won a combined $6.57m in 2018 after a judge ruled that the destruction of their works for a new property development, under the Visual Artists Rights Act [VARA].

Often the first notification artists receive that there is damage to their work, is when they are contacted to repair them.

“We have seen cases where, for example, an artist has been contacted to repair an artwork, as part of an insurance claim, and has unilaterally ‘withdrawn’ their certificate of authenticity, in respect of the damaged work,” says Adrian Parkhouse, a partner at Farrer & Co. “While the legal validity of such a move is yet to be tested in court, it is clearly an instrument being used by artists to exercise some control over their art long after it has been sold.”

Contracts as a solution?

If the options available to an artist after a work has been sold are fairly minimal, steps can be taken before a work is sold.

“If the artist had included contractual obligations in an agreement to have the work displayed or stored in a particular way—perhaps in a deed of gift to a museum or in a sale agreement with a buyer—then we would want to look at whether the artist might still have a cause of action against the museum or particular buyer if they breached the terms of the contract,” Baker says, though she adds that the artist would still have to prove various matters including personal loss to make a successful claim (tricky, given the artist would have already “parted ways” with the work).

Nevertheless, the exponential growth of the role of blockchain within the market could prove a gamechanger. Early initiatives, such as the Design and Artists Copyright Society’s ‘Bronzechain’ initiative, which creates a digital ledger for physical sculptures, demonstrate the potential.

“With the advent of NFTs, artists now have the ability to secure and control transactions of their artwork through token smart contracts, which allow artists to set rules for how the artwork is transacted in the metaverse, from sale venue to KYC checks to resale royalties” says Nanne Dekking, the chief executive and founder of Artory, a digital registry for art. “NFTs referring to physical works—like those being developed by Artory—can immutably record specifications for how people interact with the physical artwork. These contracts can include specifications for where the work is displayed and conserved, for example, or how often it is appraised and inspected.”