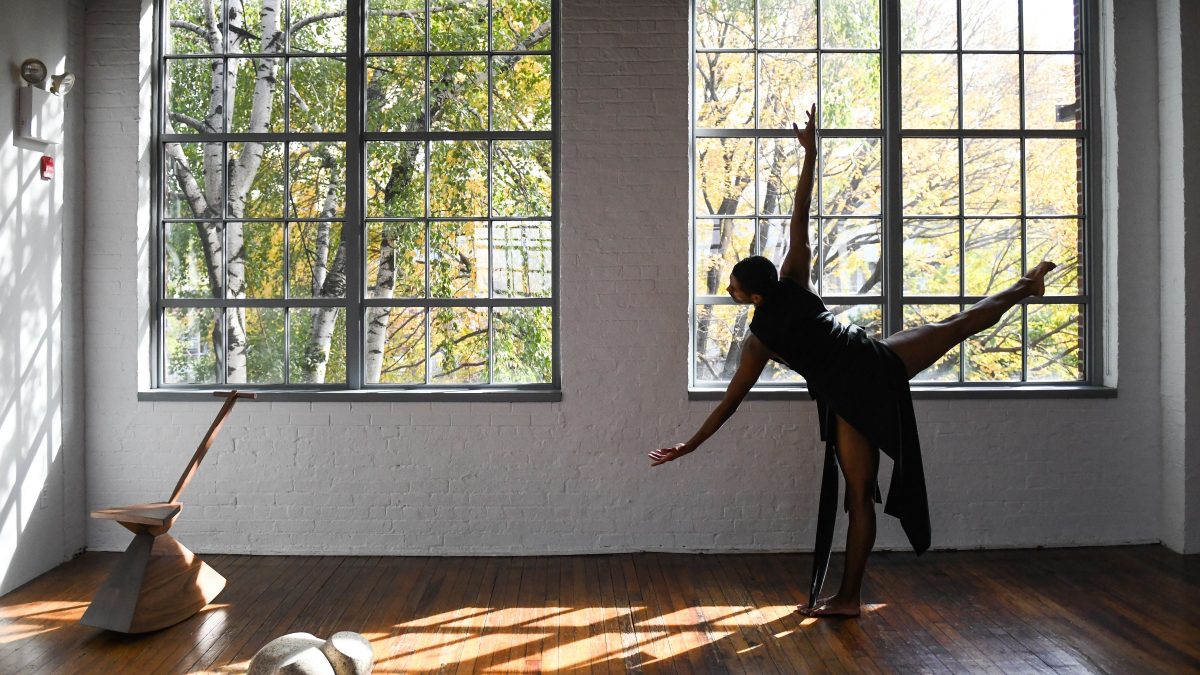 What remains after performances has been a longtime question for artists and institutions alike. Add into the picture an ongoing pandemic’s frequent halts on physical engagement, and connecting ephemeral art large audiences becomes very challenging. The Chicago-based multimedia artist Brendan Fernandes was fortunate enough to complete his exhibition Contract and Release at the Noguchi Museum in Queens on 8 March 2020, a mere week before culture in New York, along with the rest of world, abruptly shut down. Documenting the show’s performative nature felt all the more pressing for the artist, who collaborates with modern dancers to activate his Minimalism- and BDSM-inspired sculptures.

Fernandes recently released his book Re/Form with Milan-based publisher Skira Editore to chronicle his Noguchi Museum project, as well as The Master and Form, which was initially created for the Graham Foundation in Chicago in 2018 and later staged in the 2019 Whitney Biennial.

“As an artist who works in performance, archiving and disseminating the work through the book format is very important,” Fernandes told The Art Newspaper during the title’s recent launch at the Noguchi Museum, amidst the Japanese-American master’s hefty sculptures in wood and bronze.

Long after leaving ballet slippers and leotards behind, the artist still abides by ballet’s infamous discipline in his art. Fernandes has recently opened the two-person exhibition Choreopolitics at the Massachusetts Museum of Contemporary Art with movement artist Nibia Pastrana Santiago. “We are both interested in dance as a form of protest and a space for social change,” says Fernandes, who is showing a video work about the mass shooting at the Orlando gay club Pulse in 2016.

In September, Fernandes will stage a three-day performance series at the Munch Museum in Oslo, followed by the unveiling of a mural that he created for the University of Buffalo’s Capen Hall with the expression “together we are” along with pink-hued bursting abstractions that mimic movement. Later in the fall, his prints As One III, VII, & IX (2017) will be on view in the National Gallery of Canada’s group exhibition Movement: Expressive Bodies in Art. The institution recently acquired the series.

Before the year ends, Fernandes will exhibit his first glass sculptures in the form of perfume bottles as part of curator Brian Gorman’s beauty bar-inspired installation in downtown New York and will head to Denmark for a sound composition with police sirens for the Danish National Radio.

The first half of 2023 will coincide with another project, at Philadelphia’s Barnes Foundation, where he will intervene into a display of works by folk artist and sculptor William Edmondson with modern dance. There is more printed media on the horizon, too. Fernandes is putting the final touches on Inaction, a catalog survey of his namesake installation and performance, and a film titled Free Fall for Camera, which were together exhibited at the Wesleyan University in Connecticut and later the Richmond Art Gallery in British Columbia. The publication will combine essays, photography, a dance score and architectural drawings, in addition interviews with the artist and the participanting dancers.

“Being a dancer means devotion to the craft, and my work ethic today as an artist comes from my former experience as a ballet dancer,” he says. “I am a restless creature who needs to re-invent and find a purpose.”