Climate activists glue themselves to Botticelli masterpiece in Italy

Interview: Sho Shibuya Discusses Ritual, His Impulse Toward Minimalism, and His Love for Ubiquitous Objects 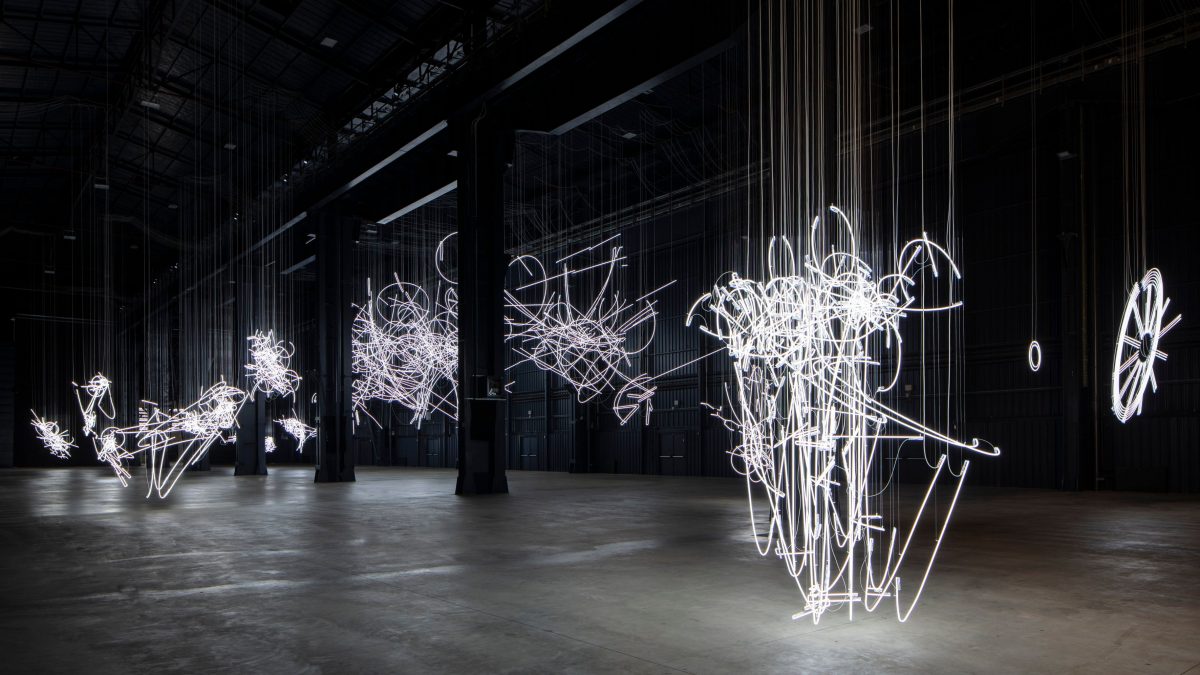 The influential Welsh artist Cerith Wyn Evans will present his largest UK show to date at Mostyn gallery in Llandudno, north Wales, later this year (8 October-5 February 2023). “Cerith has never had an exhibition in Mostyn, and we’re the largest and foremost contemporary art space in Wales,” says the director of Mostyn, Alfredo Cramerotti.

“I always felt it was important to ‘fix’ this lacuna, and we had many conversations over the years about how and when to do it. It’s quite amazing to witness Cerith’s approach to place-responsiveness, to space-making, to perception-inducing, to life in general,” he adds.

Wyn Evans first emerged as a key figure in the 1980s alternative scene in London, where he collaborated with the likes of dancer and choreographer Michael Clark, cult performer Leigh Bowery and the Neo Naturist group, while also making his own experimental films and videos. Since the 1990s, he has built a reputation for site-specific sculptural works that often use light and deal with notions of time, language and perception, specialising in neon assemblages.

In 2017, he unveiled a major new work involving nearly 2km of white neon in Tate Britain’s Duveen Galleries (Forms in Space… by Light in Time) telling The Art Newspaper: “Growing up in Wales, in the shade, art was my only escape. I’d read [Patrick Heron’s] Changing Forms of Art by the time I was 11 and I used to get Llanelli library to import [the journals] Studio International and Flash Art for me; this stuff was my lifeline.”

The large-scale exhibition at Mostyn includes new and recent pieces such as Aspen Drift (2021) while another installation will consist of 7m-high light columns emerging from the floor. “Visitors will encounter an array of sensations and perceptions related to his iconic neon works, obviously; but also expanding the range of perception to include and embrace moving image, sound, vibration and optical outputs. In a sense, the audiences will be completely immersed in a sort of dream-like and multisensorial environment across five galleries,” says Cramerotti. As a bilingual institution of visual arts, all captions will be written in Welsh and English.

Cramerotti says that the curatorial approach will unfold through “controlled randomness”. Asked to elaborate, he says: “It’s about letting go of some control, but not entirely. In a sense, the randomness of the approach is a whole act articulated in two movements: one is by the artist, setting up a scenario and an environment if which to lose oneself, without a prescribed path or narrative to follow; the other is by the viewer, embracing the fact that not everything is determined in advance, and that perception and sensation can occur in ways not prefigured and not expected either.”

In 2018, Amgueddfa Cymru-National Museum Wales in Cardiff showed a major neon sculpture by Wyn Evans—Radiant fold (…the Illuminating Gas) (2017-18)—which draws upon Marcel Duchamp’s work The Bride Stripped Bare by Her Bachelors, Even (1915-23). The piece was donated to the museum through the Contemporary Art Society (CAS) charity. Caroline Douglas, CAS’s director, said: “Cerith Wyn Evans has established an important international reputation over the last 30 years but he still maintains a strong emotional connection to Wales.”