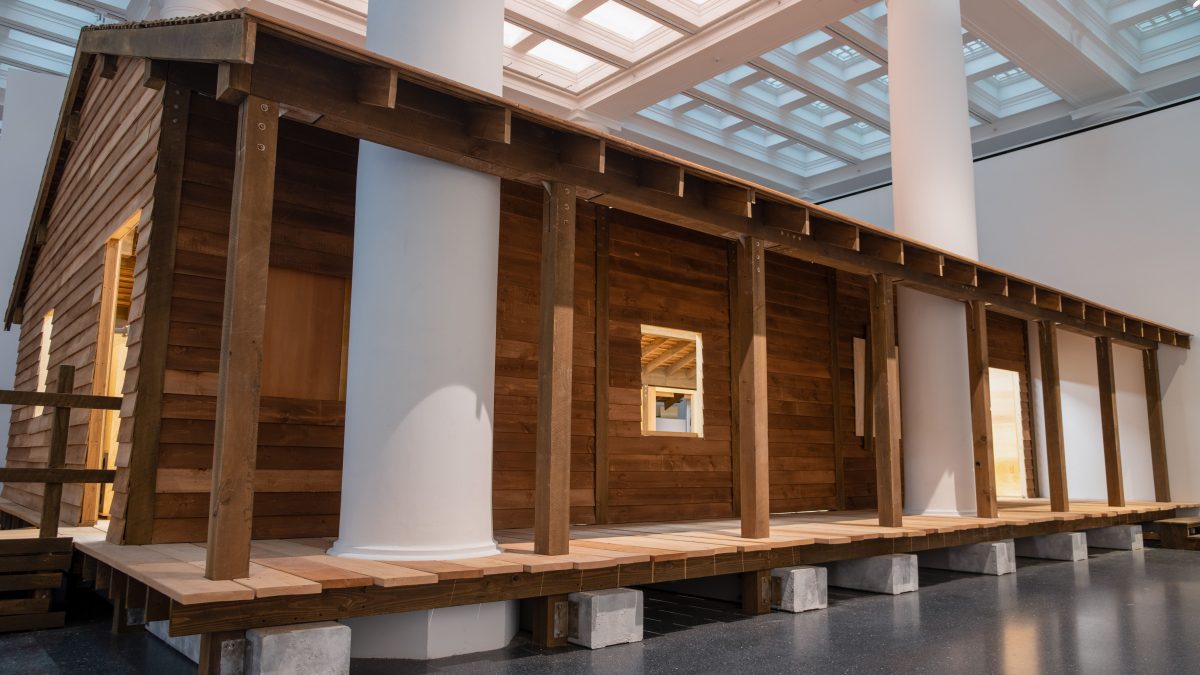 Antwaun Sargent first noticed the appeal of DJ, designer, and artist Virgil Abloh back in June 2015 when the multihyphenate played the 50th anniversary celebration of Yoko Ono’s Morning Peace at the Museum of Modern Art in New York. “He played the Kanye song [Black Skinhead] that goes, ‘Four in the morning, and I’m zoning,’” Sargent says. “It was four in the morning, and you had all these kids and I’ve never seen a museum before—let alone at 4am—with all these kids jumping on couches, and that made me take note and wonder, ‘Who is this guy?’”

That “guy” had earned degrees in engineering from the University of Wisconsin at Madison and in architecture at the Illinois Institute of Technology, and then started out as Kanye West’s assistant in the early aughts before becoming his creative director. Abloh would go on to start two labels, Pyrex Vision and Off-White, attracting millions of followers on his way to being hired as the first Black artistic director at Louis Vuitton.

Fast forward to 2019, when Brooklyn Museum director Anne Pasternak and Abloh called Sargent to meet about the possibility of curating the New York iteration of Virgil Abloh: Figures of Speech. Sargent, a critic and curator who was named a director at Gagosian in 2020, took his time deciding if the project was the right fit. It made sense for many reasons. Like Abloh, Sargent championed Black creatives. Like Abloh, who was born and raised in Illinois, Sargent has roots in Chicago. Abloh’s RSVP Gallery, which sold clothes and art objects among other things, opened in a neighbourhood close to where Sargent grew up. “I would go—obviously I was in high school so I couldn’t afford anything—but I would go and just be like, ‘Wow, like look at these [things],’” Sargent says. He eventually signed on to curate the exhibition.

Figures of Speechoriginally opened in June 2019—just months before Abloh would learn of his terminal cancer diagnosis—at the Museum of Contemproary Art in Chicago, where Abloh worked on the retrospective with curator Michael Darling. The exhibition traveled to the High Museum of Art in Atlanta, the Institute of Contemporary Art in Boston and the Fire Station in Doha, Qatar, before opening at the Brooklyn Museum on 1 July (until 29 January 2023), around seven months after Abloh’s death (and nearly two years after it was initially slated to open).

“It just keeps coming back to being able to see an artist’s journey unfold from childhood to the global stage,” says Sargent. The visual narrative told within Figures of Speech is a survey of the artist’s career from his formative years up until his November 2021 death at age 41 from a rare form of heart cancer.

Sargent initially had the idea to touch on themes of Blackness and commerce through an exhibition staged as a retail experience, but instead he chose a selection of objects that included a sketchbook from the late 1990s filled with graffiti, architectural models from when Abloh attended the Illinois Institute of Technology for his Masters in architecture and a book called Black Cannon made with artist Arthur Jafa and architect and writer Mahfuz Sultan. Abloh only created three editions of the book—for himself and each of his collaborators. It was about creation, not commerce. “He could have sold it,” Sargent says. “He could have made a trillion dollars and a trillion copies. That’s not what he was.” (For the Hypebeast set and those eager to get merch from the show, there is a shop full of T-shirts and catalogues at the end of the exhibition. )

Given Abloh’s vast oeuvre—ranging from collaborations with brands like Vitra, Nike, Maybach, Byredo and Paris- and Dubai-based juice bar ​​Wild & The Moon to projects with Rem Koolhaas, Takashi Murakami and West, his brands like Off-White and the defunct Pyrex Vision to his work as artistic director of Louis Vuitton’s menswear—curating Figures of Speech was no small task. The Brooklyn Museum exhibition only features a fraction of Abloh’s work: about 127 pieces, including the press plate made with Riccardo Tisci in 2011 for West and Jay-Z’s Watch the Throne album, looks from Pyrex Vision, Off-White and Louis Vuitton, a 2018 artwork made in collaboration with Takashi Murakami, and a 2017 portrait of Abloh by Juergen Teller for System magazine. But Sargent says the relatively minimal selection was very deliberate. “It was really about making people focus,” he says, adding that at the outset of the project Abloh wanted to showcase just 15 to 20 objects.

Abloh and Sargent’s primary mode of communication when planning the show was WhatsApp. “​​I don’t think I’ve ever exchanged an email,” says Sargent. “We were on WhatsApp and he would draw on WhatsApp messages and I had to figure out how to send PDFs by WhatsApp. He was totally committed to WhatsApp. In some ways it actually allowed us to have even more conversation.”

The biggest challenge of curating Figures of Speech, Sargent says, was editing Abloh’s ideas down. The pair centered the exhibition around prototypes, like those Abloh designed for The Ten (a collection reimagining Nike’s most iconic sneaker styles) and a striped Off-White gown designed for Beyoncé’s 2018 Vogue cover shoot that didn’t make it into the issue. “He just had so many ideas—to have that many ideas, you have to figure out how you’re going to address that,” Sargent says.

One new idea is Social Sculpture, an addition to the exhibition created specifically for the Brooklyn Museum presentation. Composed of a wood house designed in collaboration with Abloh’s design studio Alaska Alaska, Abloh intended for it to be a platform for Black creatives. “‘I’m gonna create some space for myself in the museum, but I also want to create space for young designers and creators to come take space,’” Sargent recalls Abloh saying.

The last time Abloh and Sargent exchanged WhatsApp messages was about a week before the designer’s death to discuss the final details of Figures of Speech. “It became the final checklist for the exhibition,” Sargent says.

He made sure Figures of Speech told Abloh’s story, that of a child of Ghanaian immigrants from the suburbs of Illinois who dared to dream big, growing into a legendary creative who collaborated with brands and personalities he admired across the rarefied worlds of art, fashion, music, design, architecture and more while building community and inspiring the next generation to do the same. “He would have been totally, totally fucking proud,” Sargent says, “because this is his community.”