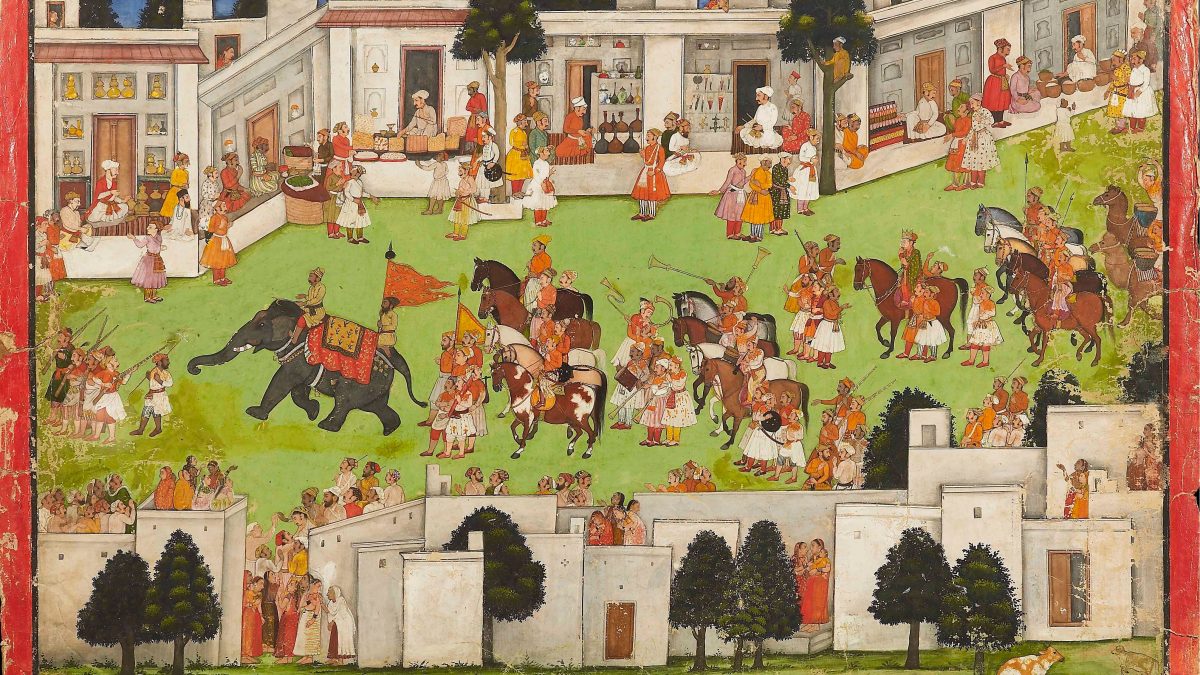 The Metropolitan Museum of Art has acquired 80 Indian paintings and drawings from the collection of the late artist Howard Hodgkin. The celebrated British artist had hoped that his full collection, comprising 122 works spanning from the 16th to 19th centuries, would be acquired by the Ashmolean Museum in Oxford, but the museum rejected the offer last year amid concerns that some of the works could have been illegally trafficked out of India.

The 38 works in the collection that do not have verifiable provenance will continue to be owned by the Howard Hodgkin Indian Collection Trust but will be on long-term loan to the Met. The full collection will be included in an exhibition slated to open in 2024, per Hodgkin’s wish that the collection be kept together after his death.

In a statement to The Art Newspaper, a spokeswoman for the Met confirms that the museum acquired only pieces that had a clear provenance, and that the museum is “thrilled at both of these developments—to have purchased a number of works from the broader collection, and to be able to present the entire collection of the public in 2024”.

Hodgkin died in 2017, aged 84. He traveled to India extensively for five decades beginning in 1964, and often rendered his impressions of the landscapes, cities and people he encountered in his paintings. Some of these works were featured in the posthumous exhibition Howard Hodgkin: Painting India at the Hepworth Wakefield in 2017. In 1992, the artist was commissioned to create a mural for the British Council building in New Delhi.

Hodgkin is believed to have amassed his collection through international dealers in London, New York and Hong Kong. He is said to have offered the Ashmolean a bargain deal for the collection, but the museum received pushback from its trustees when it was revealed that just around 40% of the collection carried clear provenance.

Some highlights of the acquisition include portraits of Mughal, Rajput and Pahari rulers; mythological and devotional subjects; hunting scenes; studies of nature and wildlife; and Mughal manuscript pages. The Met, which holds various examples of Hodgkin’s work as well as Indian artworks that had once passed through Hodgkin’s hands, has also received the artist’s painting Small Indian Sky (1990) which will be on view alongside the collection in the 2024 exhibition.