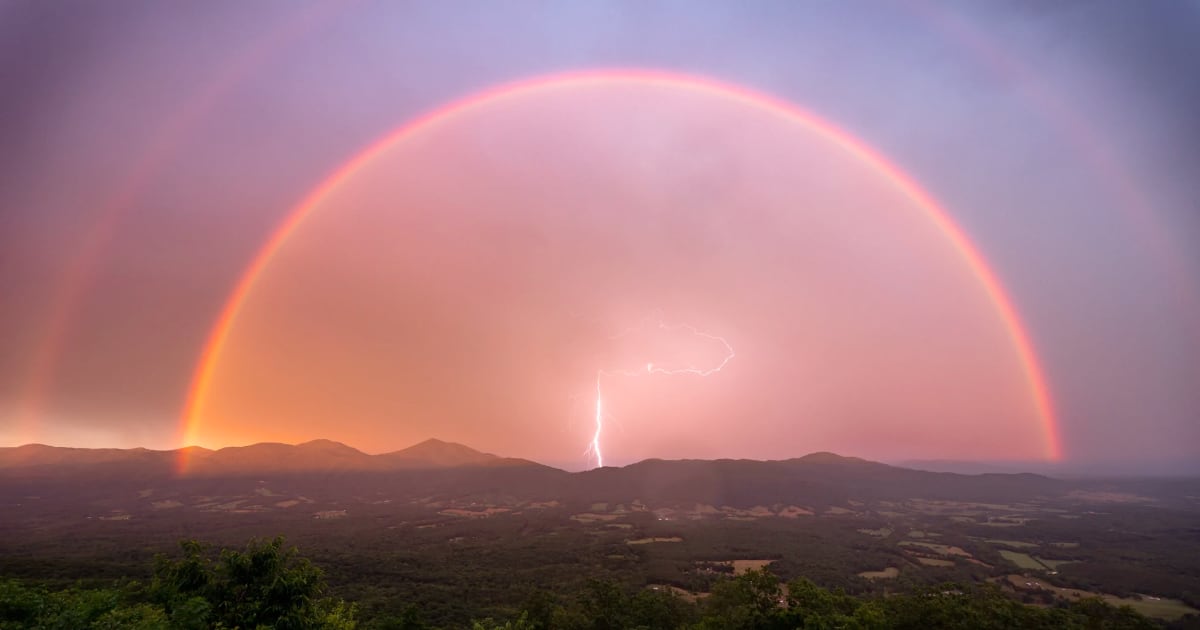 During what he thought would be a routine storm-chasing expedition in Virginia last week, photographer Jason Rinehart visited an overlook within the Blue Ridge Mountains. He was hoping to capture the ominous shelf cloud leading that night’s torrent but instead found himself witnessing an unusually lucky sight: as the rain broke during twilight, a double rainbow emerged over the horizon, an already stunning phenomenon made more serendipitous when it was punctured by a bright lightning bolt in the distance. Rinehart captured the perfectly timed moment in a striking photo, which is now part of his extensive archive of landscapes and long-exposure light paintings that you can find on Instagram. (via PetaPixel)

Transient: An Extraordinary Short Film That Captures Lightning at 1,000 Frames per Second A Double Rainbow Over Chicago Photographic Images That Weave Moments in Time by Jason Chen

Lightning Scribbles Across the Sky in Dramatic Footage of Extreme Storms Around the U.S.