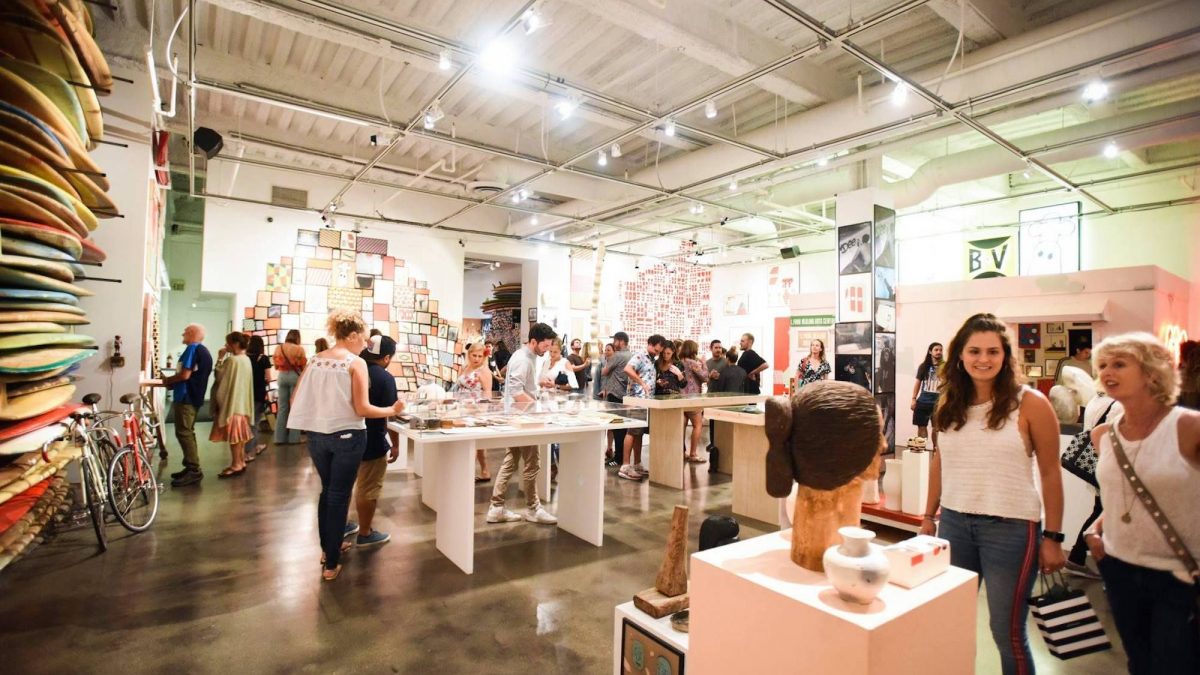 The Museum of Contemporary Art Santa Barbara (MCASB), a small but stalwart fixture in Southern California’s art scene since it opened in 1976, will close for good on 28 August following years of financial hardship that were made untenable by the Covid-19 pandemic.

“Despite our best efforts to expand our donor base within the region, we have been unable to reach the fundraising goals necessary to maintain operations, and it is the board’s intention to act responsibly at this time to honour the institution’s legacy,” board president Laura Macker Johnston said in a statement quoted by the Santa Barbara Independent.

The museum, founded as a roving pop-up venture by local artists as the Santa Barbara Contemporary Arts Forum, moved into its first permanent space in 1980 in the city’s historic Balboa Building. In 1990 it moved down the block into its current location in the Pasa Nuevo shopping centre (one of the conditions for the mall’s construction was that it had to include a visual arts venue) and in 2013 it changed its name to the Museum of Contemporary Art, expanding its programming to include educational initiatives and securing accreditation from the American Alliance of Museums, according to local news site Noozhawk.

Despite its growing ambitions and formalised operations, the MCASB had struggled in recent years to balance its finances. In 2018 it was forced to cancel its main fundraising gala amid a criminal investigation into one of the contractors operating the event, depriving the museum of a potential seven-figure windfall. Records reviewed by the Independent show it lost more than $712,000 in 2016, around $504,000 in 2017, more than $1.2m in 2019 and $1.7m in 2020 as the pandemic hit.

“I am devastated by the closure of the MCASB,” Shana Moulton, an artist who has been involved with the museum since 2012 and had a solo show there last year, told Noozhawk. “It’s rare that general art museums, even if they have some contemporary programming, are able to provide this kind of platform and community engagement with contemporary art.”

Over the years, the MCASB presented many ambitious and timely shows, including a solo project by Genevieve Gaignard in 2020, Cecily Brown’s first exhibition at a West Coast museum in 2018 and a commissioned video installation by artist duo assume vivid astro focus in 2016. It had also participated in the Getty’s Pacific Standard Time initiative and hosted MFA exhibitions of students from the University of California, Santa Barbara’s art school.

“Having a Museum of Contemporary Art in Santa Barbara was a point of pride for everyone involved in the city’s arts ecosystem,” Nathan Vonk, the owner of nearby gallery Sullivan Goss, told the Independent. “Hopefully, this sad news will remind the community how fragile some of our most beloved arts institutions are without more public and private financial support.”

The museum is reportedly in talks to find partners who will continue its marquee educational programmes, Emerging Leaders in the Arts and Teen Arts Collective. As of press time, the museum had not responded to a request for further information.