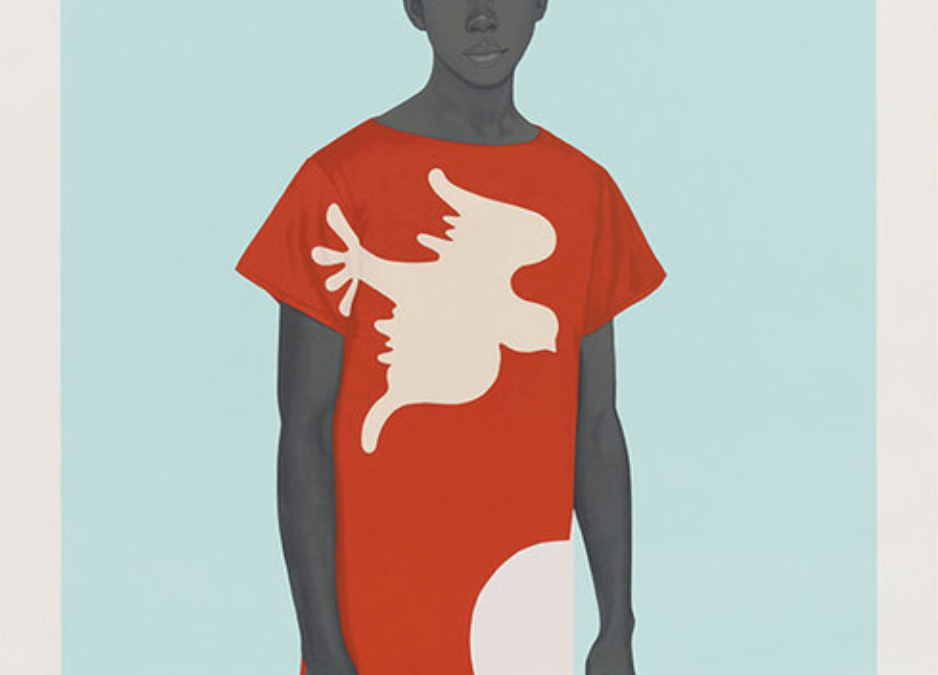 A new exhibition displaying work made in collaboration with the mental health charity, Hospital Rooms is coming to Hauser & Wirth’s Savile Row location this summer. Hospital Rooms: Like There Is Hope And I Can Dream of Another World (19 August-14 September) will feature works by artists Mark Titchner, Harold Offeh and Michelle Williams Gamaker and includes Titchner’s new 15m-long painting from which the exhibition takes its name. From 7 September, further works—by Amy Sherald, Pipilloti Rist and others—will also be exhibited at the gallery to be sold at a live fundraising auction on 14 September.

Hospital Rooms’s first project was in 2016 in the Phoenix Unit, a rehabilitation unit for people with a diagnosis of schizophrenia in south-west London. Artists such as Gavin Turk and Nick Knight and art collective Assemble were commissioned to help transform the clinical walls of Springfield University Hospital in a model that has propelled the organisation across the country, and even internationally.

One recent project took place at Torbay Hospital in Devon. In 2015, Torbay was described as “the most deprived local authority area in the South West region”. For the artist Tanoa Sasraku who grew up in nearby Plymouth, taking part was an opportunity for community engagement in her home region. Incorporating the red cliffs of Devon into her work and workshops, she was clear about the hospital environment’s role in preparing service-users for “re-entry into the world” and the opportunity for art—with its ability to transcend and reimagine experiences—to help this.

In Lagos, Nigeria, the artist Nnegi Omuku, the cultural strategist Ebisan Akisanya and the art consultant Hana Omilani are exporting the Hospital Rooms model to help deal with the city’s mental health crisis. As part of their project with Lagos University Teaching Hospital’s psychiatric ward, they are working with the artists Deborah Segun, Olumide Onadipe and Kwadwo Asiedu to commission art and teach patients and healthcare workers new creative skills. The group is optimistic about the model’s ability to have an impact in Nigeria where hospital funding is often dire—and state funding for mental health services almost non-existent. Art, Omuku says, helps to give those using and working in the psychiatric wards a sense of dignity and functions as a form of “escapism”. Whilst the current project is in its early planning stages, they are already in talks with the hospital to transform three other spaces.

However, not everyone is so optimistic about the efficacy of art-focused mental health interventions. At a talk last week at Hauser & Wirth—the last of a three-part series celebrating Hospital Rooms “landmark partnership” with the mega-gallery to raise £1m over the next three years—audience members wondered if by “beautifying coercive spaces” such as hospital psychiatric wards (which still allow for involuntary commitment in the UK), organisations such as Hospital Rooms were in fact glossing over inadequate mental health care and lauding flawed spaces.

To Shaw however, the beauty of the project lies in its ability to commission challenging work—not in the cosmetic redecoration of “pastels” and “recovery trees” that hospital trusts are often enamoured with. According to Shaw, this keeps Hospital Rooms resistant to the idea of “utopia” and instead, as the title of Titchner’s work suggests, allows them to focus on empowering mental health service users to “dream of another world”.

Titchner’s painting will be installed at the Rivers Centre, a new mental health unit at Hellesdon Hospital in Norwich, in 2024.