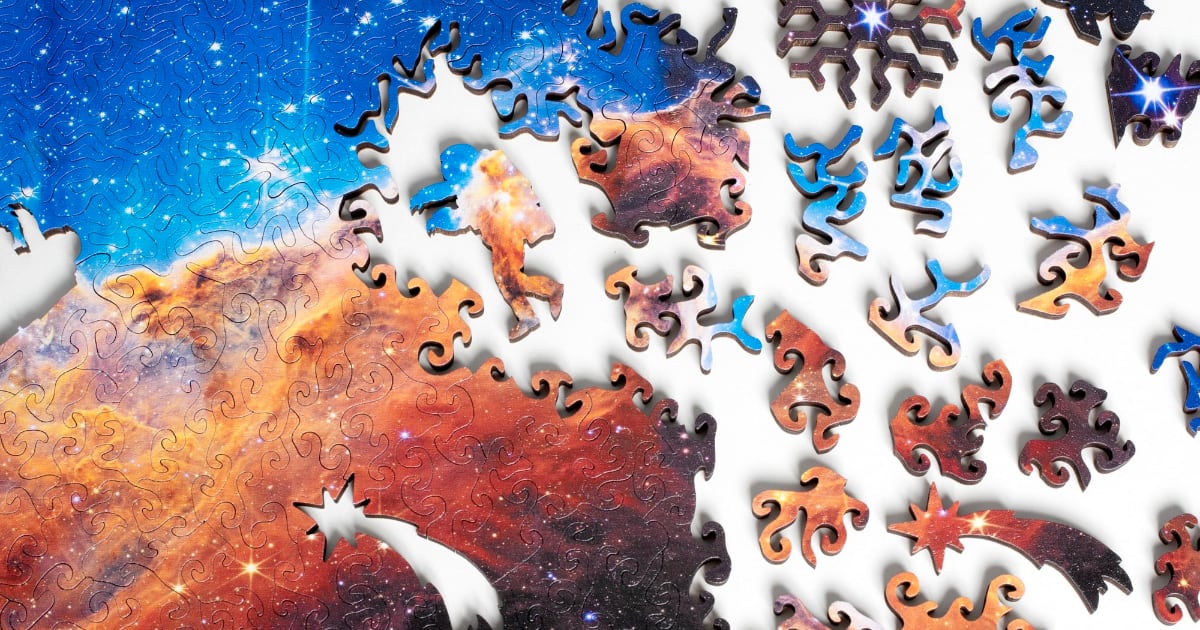 This week, the first images from NASA’s James Webb Space Telescope amazed and daunted us with their inordinately deep looks at the cosmos, particularly the shot of the glimmering star-forming region known as the “Cosmic Cliffs” of the Carina Nebula. The team over at the Catskills-based studio Nervous System translated this galactic masterpiece into a new, similarly expansive infinity puzzle intended to be tiled continuously, with no predetermined shape, start, or end. Similar to its other designs, this iteration includes four whimsy cuts in the shape of an astronaut, a shooting star, a satellite, and the gold mirrors of the groundbreaking telescope itself. Try your hand at puzzling together distant galaxies by picking up the 264-piece jigsaw from the Nervous System shop. An ‘Infinite’ Galaxy Puzzle That Can Be Built in Any Direction