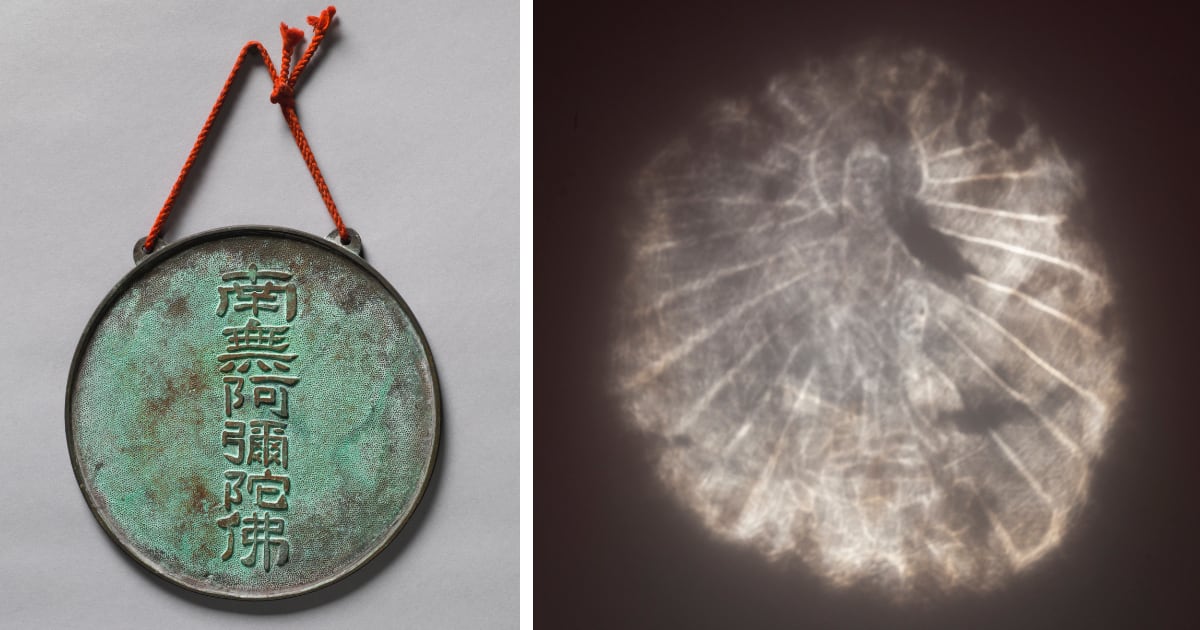 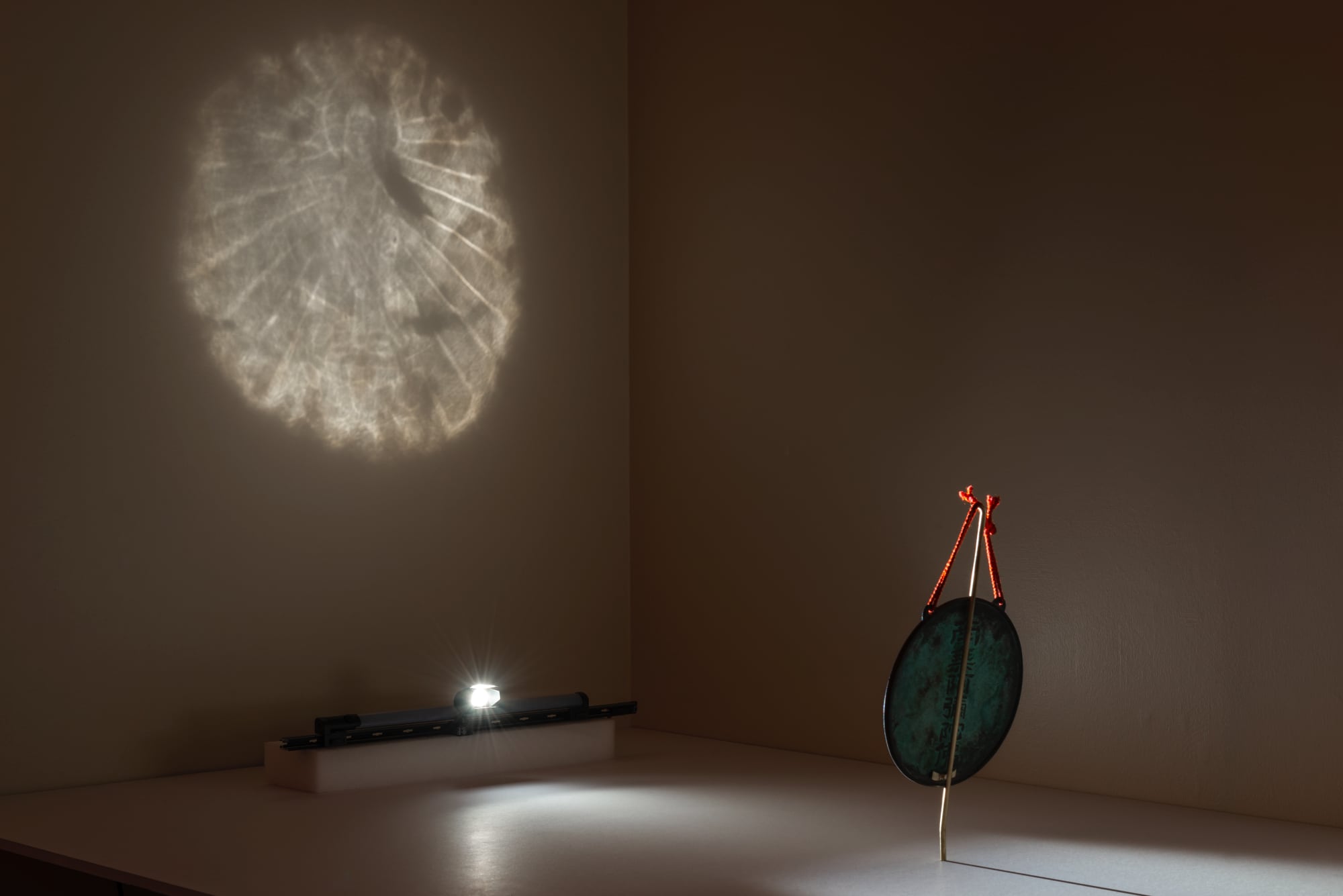 Prior to the ubiquity of the glass mirrors we use today, people often peered into polished bronze for a low-fi glimpse of their reflection. These objects often featured cast three-dimensional symbols or renderings on the side opposite the convex reflective surface, but another particularly artful subset also contained an added dimension of mystery.

While plumbing the archives at the Cincinnati Art Museum, curator Hou-mei Sung uncovered what appeared to be an ordinary patinaed mirror printed with the name of Amitābha Buddha. After closer inspection, though, she realized that the small bronze piece would reveal a hidden image of the spiritual figure enshrined in rays when illuminated.

Dubbed a “Magic Mirror,” the extremely rare work is part of a small collection of light-penetrating objects that date back to the Han dynasty (202 BCE to 220 CE)—only a few similar Buddhist pieces from China and Japan are thought to exist and are currently housed at the Shanghai Museum, Tokyo National Museum, and Metropolitan Museum of Art. Sung’s discovery is presumed to be the oldest uncovered, and although it’s still unclear exactly how ancient artisans created the pieces, it was likely a religious decoration hung in a temple or the home of a wealthy family.

If you’re in Cincinnati, you can see the mirror and its secret image starting July 23. Related posts on Colossal about lightmirrorsreligion

‘Black Art: In the Absence of Light,’ a New Documentary, Celebrates the Rich Legacy of Black Art