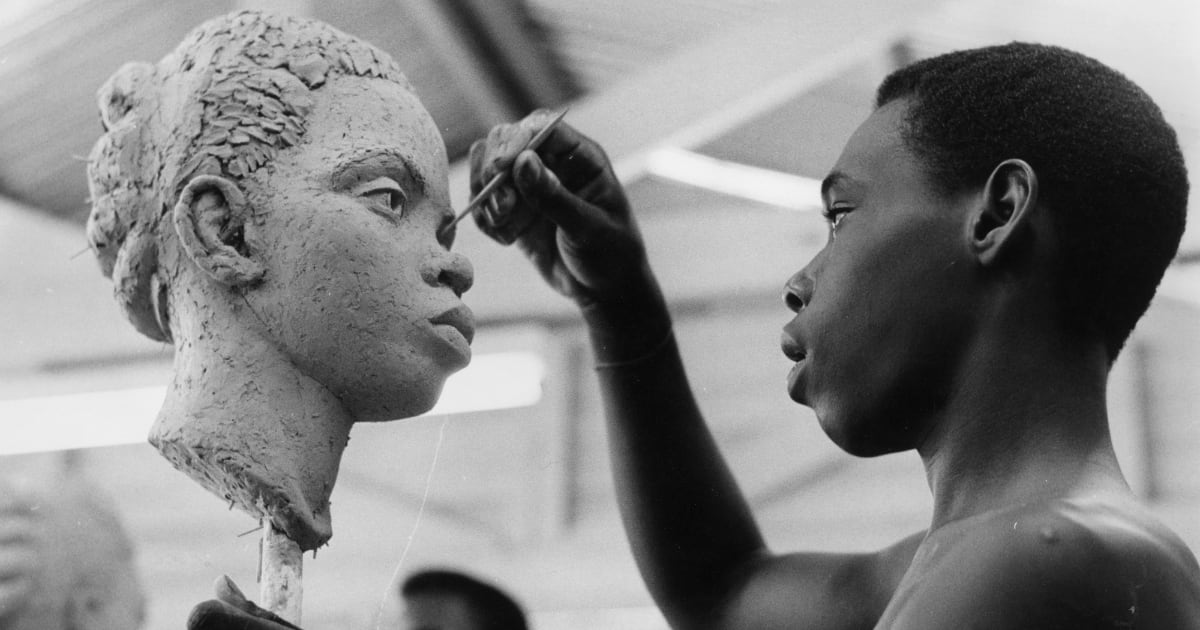 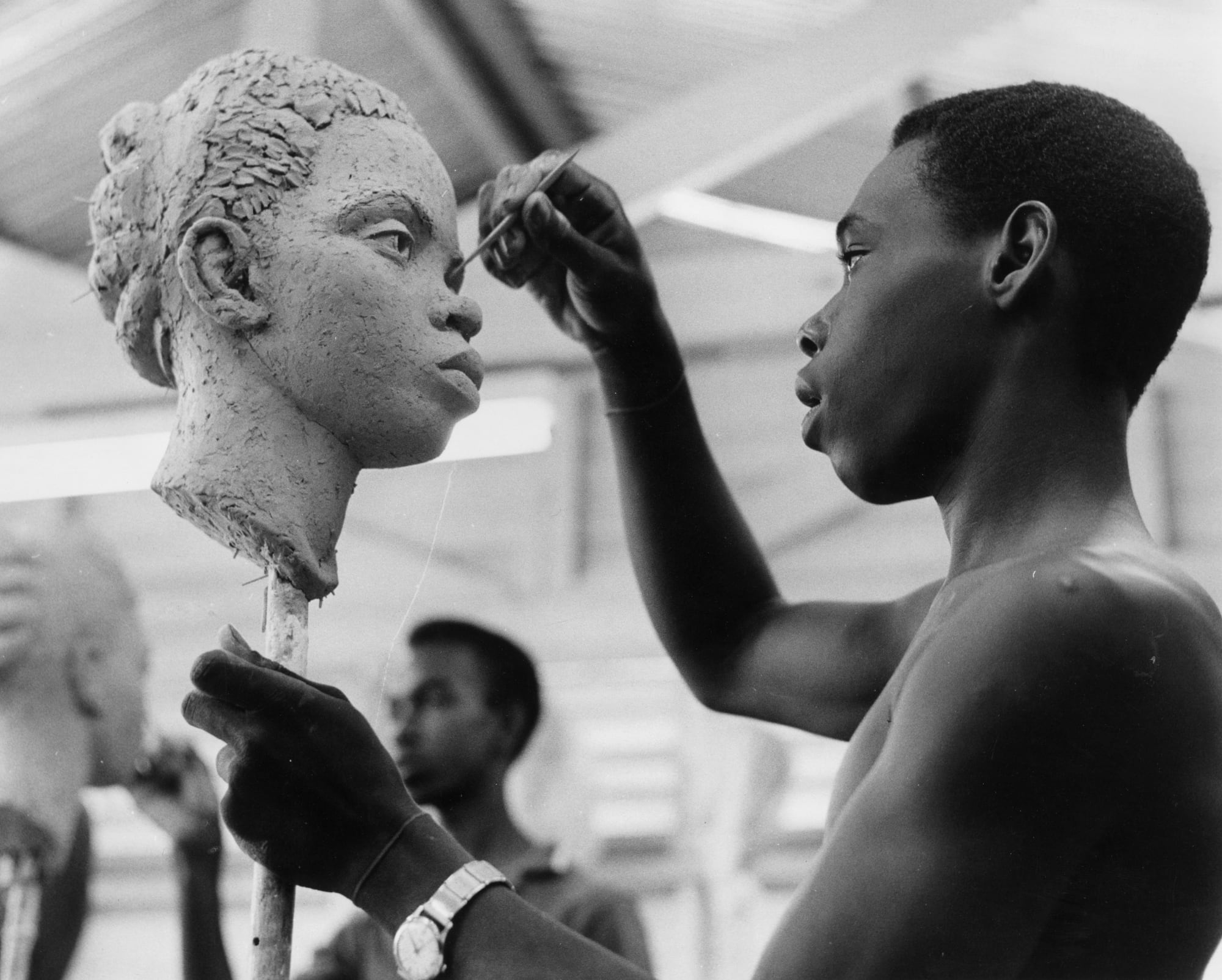 August 7, 1962, a student at the Jamaican School Of Arts And Crafts models a bust of a woman in clay. Photo by Central Press/Getty Images

From a black-and-white portrait of a reclined James Baldwin to a candid shot of a father and daughter on a Harlem park bench, a new archive from Getty grants open access to thousands of images devoted to Black history and culture. The massive collection—which was developed with historians and educators Dr. Deborah Willis, Jina DuVernay, Dr. Tukufu Zuberi, Dr. Mark Sealy MBE, and Renée Mussai—comprises 30,000 photographs taken in the U.S. and U.K. that are available for free non-commercial, educational use. Applications for access are open now.

Organized by decade from the 1800s to the 2020s, the Black History & Culture Collection offers a broad, varied look at the people, events, and undeniably influential movements that continue to shape life today. The collection is further searchable by type and subject matter, which encompasses everything from art and entertainment to politics and sports. You can find a curated selection of images from the multimedia platform Black Archives, which partnered with Getty to shine light on specific moments from the collection. (via Peta Pixel) A group of girls in dresses and ballet slippers watch a girl perform dance movements as a woman accompanies her on an upright piano, 1920s or 1930s. Photo by FPG/Getty Images Writer Ta-Nehisi Coates testifies during a hearing on slavery reparations held by the House Judiciary Subcommittee on the Constitution, Civil Rights, and Civil Liberties on June 19, 2019, in Washington, D.C. The subcommittee debated the H.R. 40 bill, which proposes a commission be formed to study and develop reparation proposals for African-Americans. Photo by Zach Gibson/Getty Images 1919 in New York. A parade in silent protest (anti-lynching) in Harlem. Photo by Bettmann/Getty Images American singer and actress Eartha Kitt (1927 to 2008, right) as a member of the Katherine Dunham Company, circa 1945. With her are other members of the dance troupe, Lawaune Ingram, Lucille Ellis, and Richardena Jackson. Photo by FPG/Archive Photos/Getty Images A photograph of author James Baldwin smoking a cigarette. Photo by Bettmann/UPI/Getty Images A mural of two hands holding up a dove symbolizing peace, possibly in the United States, circa 1960. The mural is signed by various artists and the words ‘Para Todas’ ‘For All’ are visible in Spanish and English. Photo by Frederic Lewis/Archive Photos/Getty Images Botanist George Washington Carver donated $33,000 in cash to the Tuskegee Institute to establish a fund to carry on the agricultural and chemical work he began. Photo by Bettmann/UPI/Getty Images

Related posts on Colossal about activismblack and white

The Black and White Anthropomorphic Illustrations of David Álvarez