Bernd and Hilla Becher, photography giants of the Düsseldorf School, emerge from the shadows in New York show 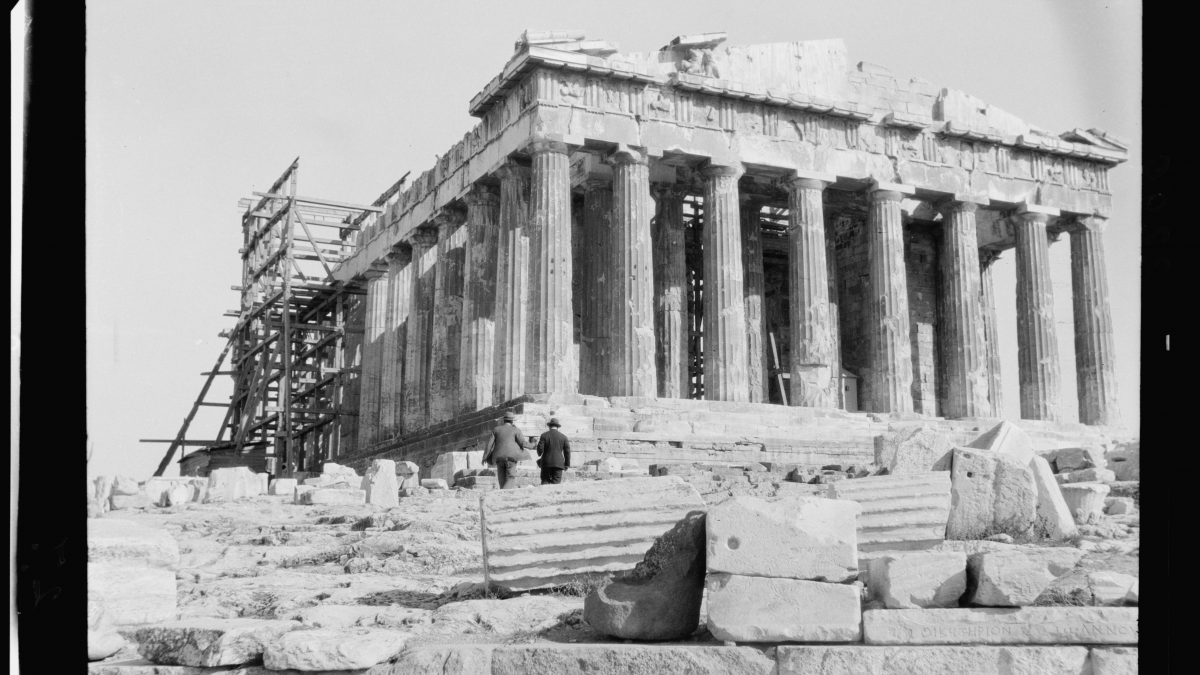 It was with some surprise that I read Andrew Wallace-Hadrill declare in an article that he didn’t know what story the Elgin Marbles could possibly tell in London. Their presence in the British Museum (BM) is the result of a life-defining enterprise, plus more than two centuries of resolute care by their dedicated stewards. If, instead, we follow [the academic] Susan M. Pierce’s example, striving to understand “the nature of our relation to the objects which come from the past”, we will discover that there is actually plenty worth telling behind such effort and determination.

The Elgin Marbles excited the imagination of poets, painters and sculptors from the very moment the sculptures set foot in Britain. Without them, how different would the production of Keats, Byron, Shelley, Flaxman, Rossi, and Westmacott have been! How much poorer would London itself look, without the visible products of this inspiration. The broken and rugged materiality of those “marble men and maidens overwrought” (Keats) brought about the end of the long love affair with the rigid ideal beauty of classicism, moving the dial of the aesthetic compass towards the sublimity of nature.

This tectonic shift brought us the amazing rediscovery of what the classical world really was: the celebrated certainties of the antiquarians crumbled, challenged by Greek originals that required a more structured approach, a new science of antiquity. One could say that European scientific archaeology was born there and then.

Moreover, the relics from Athens, Phigaleia and Aegina, once transferred to their new homes in London, Paris and Munich, became the inextinguishable fuel of the newborn philhellenism. And it was that fire, that indignation at the fact that the very cradle of our civilisation could lie neglected and ignorant of its own greatness, that sparked a crescendo of publications, fundraisers, international help and, ultimately, human sacrifice on the altar of the liberty of the Greeks.

But all this epic is, for the supporters of repatriation, not only worthless but a history of barbarism. In their narrative, Lord Elgin is once again, as he was in Byron’s day, the rapacious archetype of those Scoti who came to complete quod non fecerunt Gothi: destruction and pillage. And it is this stain that they seek to erase from the record, cleansing the history of the Acropolis following on the path set by Leo von Klenze, the German architect who inspired the removal from the sacred rock of everything that did not conform to his ideal of classical Athenian greatness. Then followed the reconstruction, a project still ongoing, well beyond the 1964 Venice Charter, which ensures that no memory of the Christians, Franks, Turks and Venetians may be elicited from the ruins.

This effort to rewind the course of history, to amend the “mistakes” of the past, runs counter to the academic effort to truly understand what the Parthenon once was. While archaeologists and classicists try to shake off an athenocentric perspective on the Greek world that is no more than a historiographical construct produced by a biased selection of the written sources that survived the Middle Ages, repatriationists and the Greek government want us to look at the Parthenon as the epitome of an entire civilisation. While they attack the BM as a tool of imperialist oppression, they conveniently omit to inform the public about the ruthless imperialism that produced the wealth used to build the Periklean programme. And the fact that in Elgin’s times the majority in Greece didn’t really care about the fate of the Parthenon gets conveniently forgotten behind the tale of a Greece with “no voice”.

Not having a case, the repatriationists have now grown tired of contesting the legal ownership of the sculptures. Never mind the legal case, they argue, there is a moral one. Justice itself is apparently requiring the disjecta membra of the temple on the Acropolis to be reunited if not on the building, at least close by.

And yet, how moral can it be to keep accusing Elgin of having “stolen” the marbles without a shred of evidence of such a crime (let alone a verdict) and plenty of testimonies to the contrary? How moral can it be to brush aside all that doesn’t fit the narrative, to hide the weaknesses and the missteps of the Greeks of the time, replacing it with the shiny propaganda of the War of Independence?

How moral can it be to attack Jonathan Williams, the deputy director of the BM, for asserting the documented (and logical) truth that “much of the frieze was in fact removed from the rubble around the Parthenon”?

Let’s choose, following Aristotle, historical truth over an emotive friendship. Let’s immerse ourselves in the amazing stories—our stories—that the Elgin Marbles can only tell us in Bloomsbury. Declaring that they are only “stones of no value” to us and sending them to Athens would only feed the beast of ideology and nationalist myth.

• Mario Trabucco della Torretta is a classical archaeologist trained in Sicily and Athens. He has published studies about Athenian sculpture and classical and Hellenistic architecture