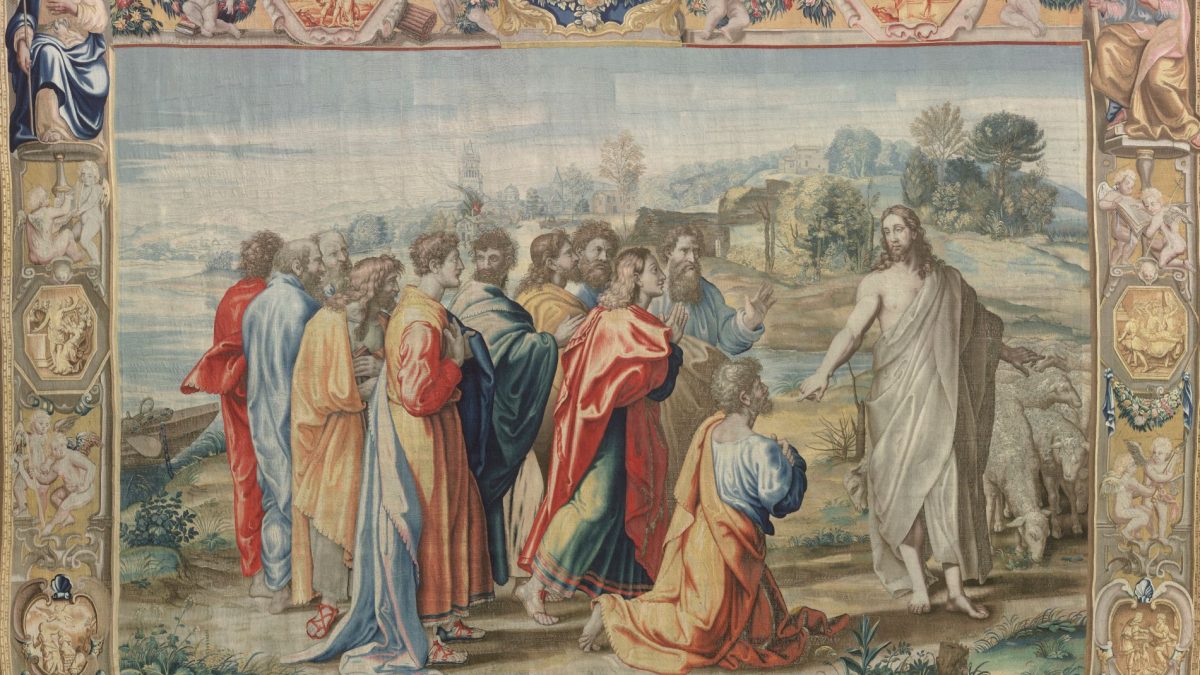 An exhibition of six historic tapestries of biblical scenes designed by Raphael—comprising some of the same designs that were used to create the 12 tapestries for the Sistine Chapel in the Vatican—will be shown in the US for the first time at the Columbus Museum of Art (CMA) in Ohio in the exhibition Raphael—The Power of Renaissance Imagery: The Dresden Tapestries and their Impact (15 July-30 October).

The tapestries have traveled from the German institution Gemäldegalerie Alte Meister (GAM) in Dresden, where the show opened in 2020 as part of the global celebration of the 500th anniversary of Raphael’s death.

Raphael was commissioned by Pope Leo X in 1515 to create several large-format cartoons for the Sistine Chapel tapestries, now held in the collection of the Vatican Museums. The preparatory drawings, held by the Victoria and Albert Museum in London, were purchased in Genoa in 1623 by the future King Charles I of England, who sent the designs to the then-eminent British workshop Mortlake near London.

The so-called floor-to-ceiling “Dresden tapestries”, which depict scenes in the lives of the Catholic saints Peter and Paul, were woven at Mortlake in the 17th century for the British royal collection, and were then brought to Germany in the 18th century by Augustus the Strong.

The exhibition deals with what transpired during that time through a timeline conveyed through paintings, sculptures and prints of figures involved in the history of the works, and also contextualises the tapestries’ lasting influence with a series of works by Renaissance and Baroque masters such as Albrecht Dürer, Nicolas Poussin, Peter Paul Rubens and other 19th-century artists.

“What is interesting for us as Americans is the effect that the Raphael tapestries had on American colonial painters, or what we could call Anglo-American artists, particularly artists like John Singleton Copley and Benjamin West, who are represented in the show,” David Stark, the chief curator of the CMA, tells The Art Newspaper.

“The medium has also been overlooked and marginalised and supplanted by painting for centuries,” Stark says. “Whereas, these tapestries were designed in the Renaissance, and would have been considered on par with other fine art media. There’s still a wow factor just in terms of the sheer scale and the monumentality of these works.”

The exhibition aims to underscore the “dawn of the idea of prints”, according to Stark. “We live in a digital age where the replication and communication and transmission of images is so ubiquitous, but it’s interesting to note that the tapestries were as influential as they were because of their transmission through the medium of prints, whether through engravings, etchings and so forth.”

Several pieces in the exhibition have been loaned from US museums, including the Metropolitan Museum of Art in New York and the Hood Museum in New Hampshire.

The CMA is the exclusive American venue for the exhibition. The museum has previously organised several significant exhibitions in collaboration with the GAM, including a show devoted to the Italian Renaissance painter Titian in 2018 that included his masterwork Portrait of a Lady in White (around 1561) loaned from the German museum.