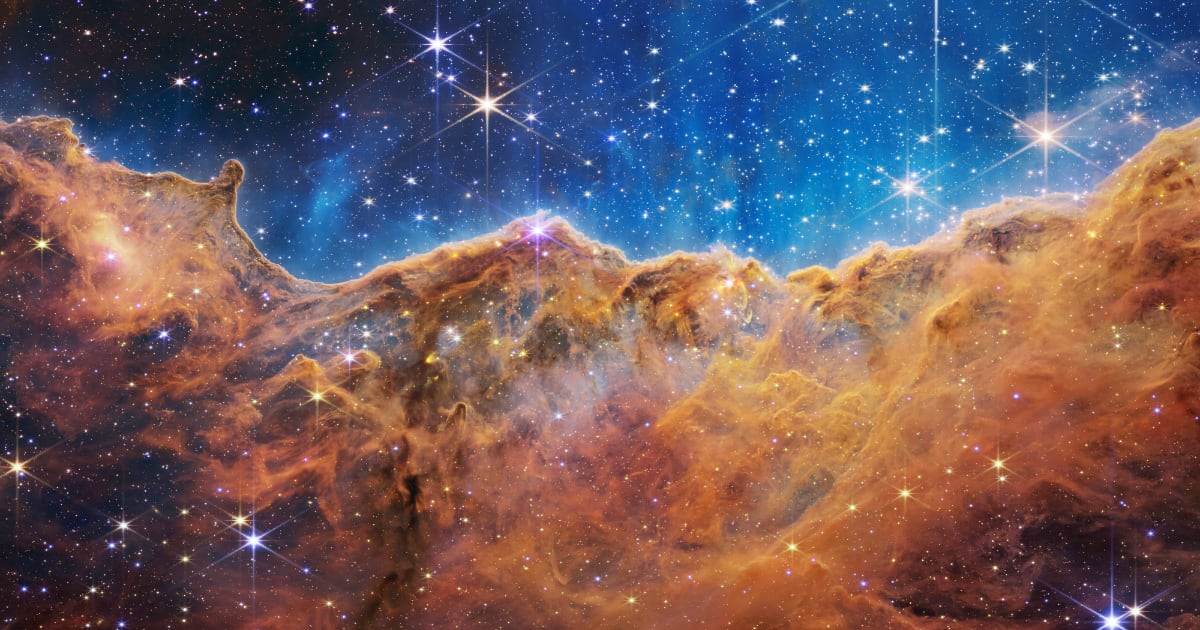 “Cosmic Cliffs” in the Carina Nebula. All images courtesy of NASA, ESA, CSA, and STScI

NASA’s James Webb Space Telescope unveiled its first-ever collection of high-resolution color images capturing an exceptional amount of detail about the universe. The instrument reaches deeper into the cosmos than any before.

Launched in December, Webb is the world’s largest and most powerful observer with the ability to view cosmic bodies like the atmospheres of exoplanets, or those outside our solar system, and some of the first galaxies to emerge following the Big Bang 13.5 billion years ago. The telescope is equipped with a host of near-infrared tools that will help visualize galactic phenomena and celestial bodies that are otherwise invisible to the human eye. Webb is capable of getting four times closer to the cosmological event than the Hubble Space Telescope, which helps scientists better understand how the universe has evolved since.

Preparation for the mission began in the 1990s, and the 6.7-ton telescope is currently focused on documenting planetary evolution and spectroscopic data about their chemical makeup, which involves targeting five cosmic objects: the gassy planet WASP-96 b that’s about 1,150 light-years away, the Southern Ring Nebula, Stephan’s Quintet galaxy, the SMACS 0723 galaxy clusters, and the 7,600 light-years away Carina Nebula with enormous stars that dwarf the sun. The very first images include a stunning composite of SMACS 0723 as it appeared 4.6 billion years ago. Rich with glimmering galaxies, the composite comprises “a patch of sky approximately the size of a grain of sand held at arm’s length by someone on the ground,” administrators said in a statement. There’s also the mesmerizing Southern Ring Nebula, which is comprised of shells of dust and gas released by two dying stars, and Stephen’s Quintet, five glowing galaxies captured in Webb’s largest composite to date, reaching a size that would span approximately one-fifth of the moon’s diameter.

Perhaps the most stunning image from the first release of visuals is that of the star-forming region in the Carina Nebula, which shows what researchers refer to as “cosmic cliffs,” or what appears to be rugged, mountain-like forms that are actually the edges of immense gaseous activity. The tallest pinnacles of that celestial body are about seven light-years high.

Webb was designed to spend the next decade in space, however, a successful launch preserved substantial fuel, and NASA now anticipates a trove of insights about the universe for the next twenty years. Follow its movements with NASA’s tracker, Where is Webb? 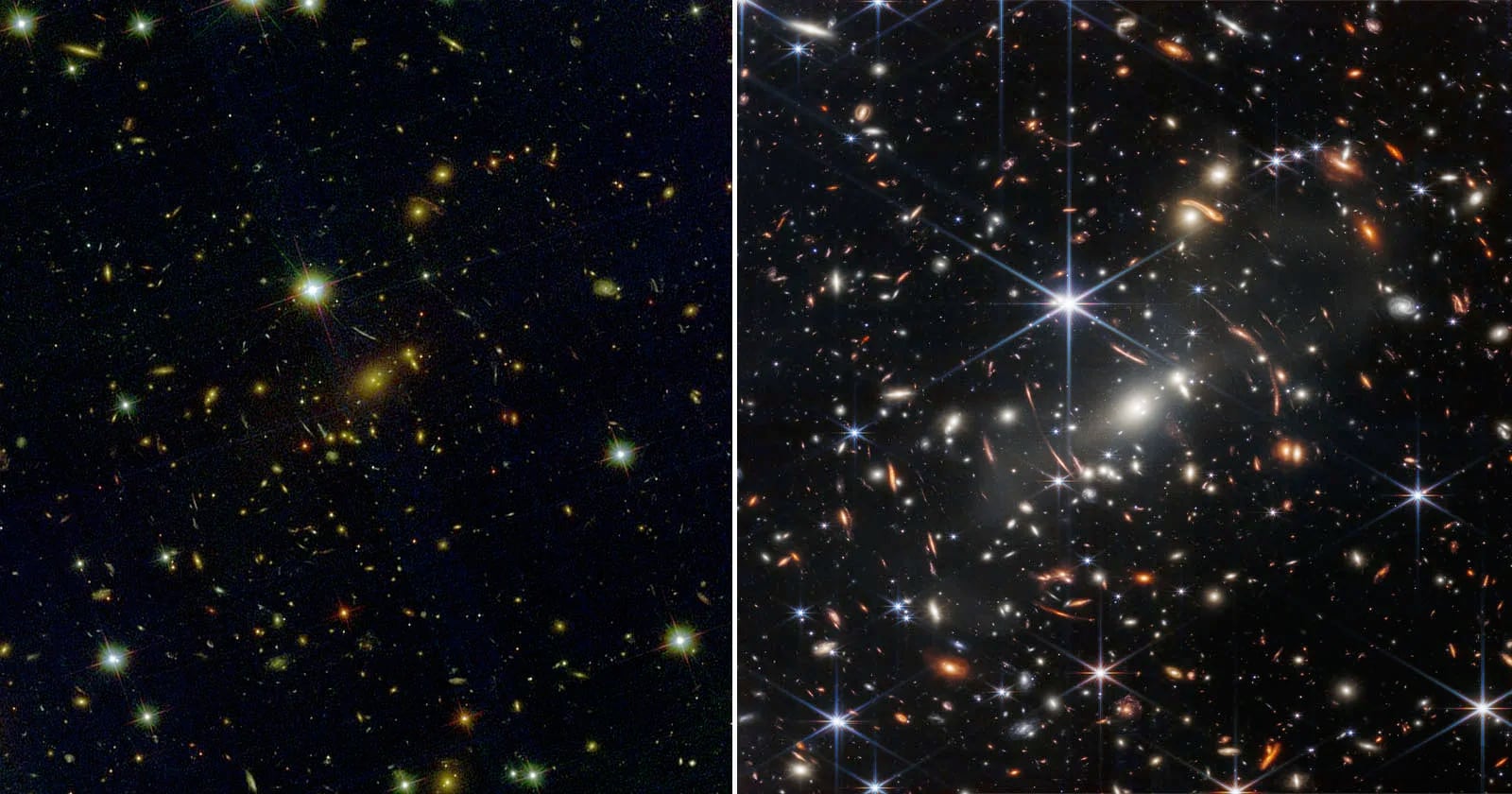 Related posts on Colossal about astronomyNASAspacetelescopes NASA Releases Trove of Over 8,000 HD Photos from the Apollo Moon Missions