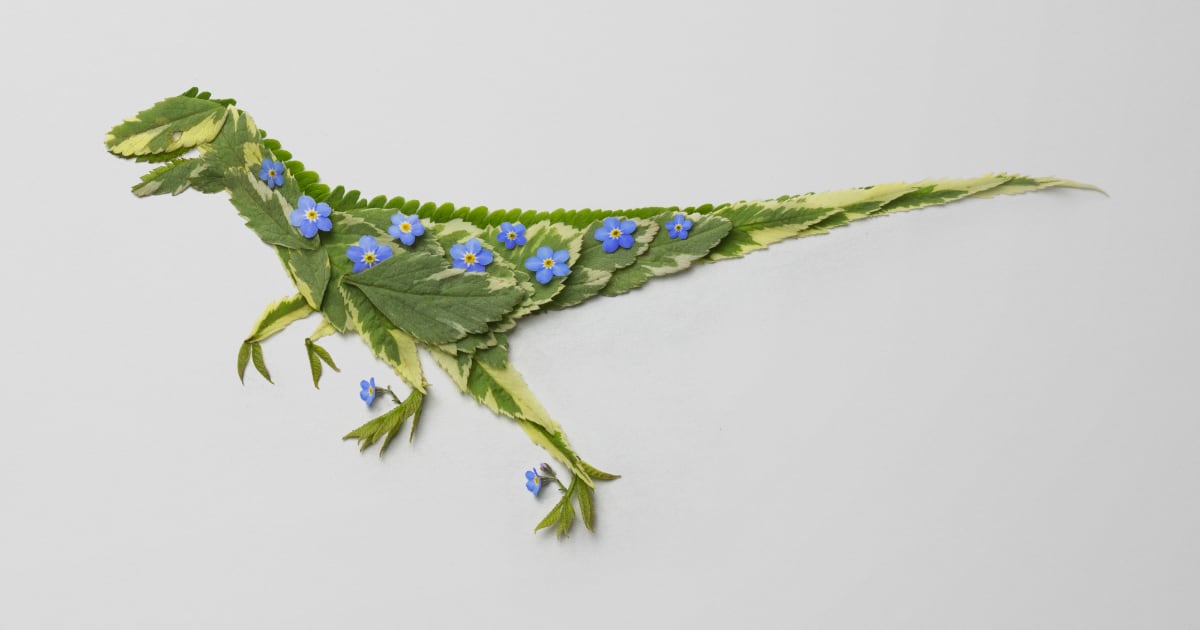 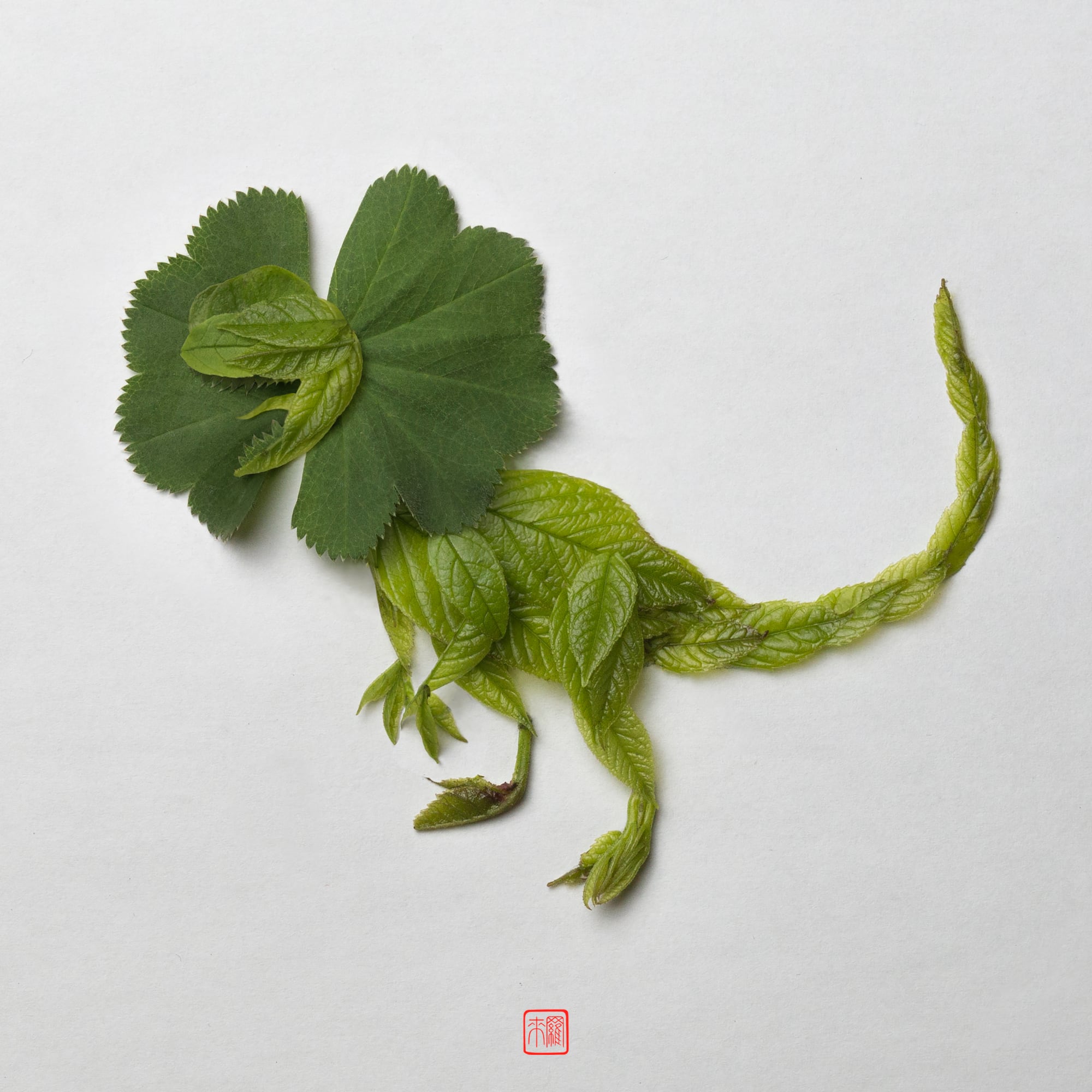 In his ongoing Jurassic Nature series, Japanese artist Raku Inoue layers sprigs of kiwi vines, white spruce, and boxelder maple into miniature sculptural dinosaurs. The ribbed, veiny textures of the leaves mimic the reptilian skin of some of the most recognizable characters from the 1993 classic. Minimal in form and lush in construction, the creatures include a dandelion-headed b, v laced with forget-me-nots.

Inoue is adding a few more dinosaurs to the series, so keep an eye on his Instagram for updates. You can also find prints of a variety of his botanical creatures in his shop. (via Lustik) 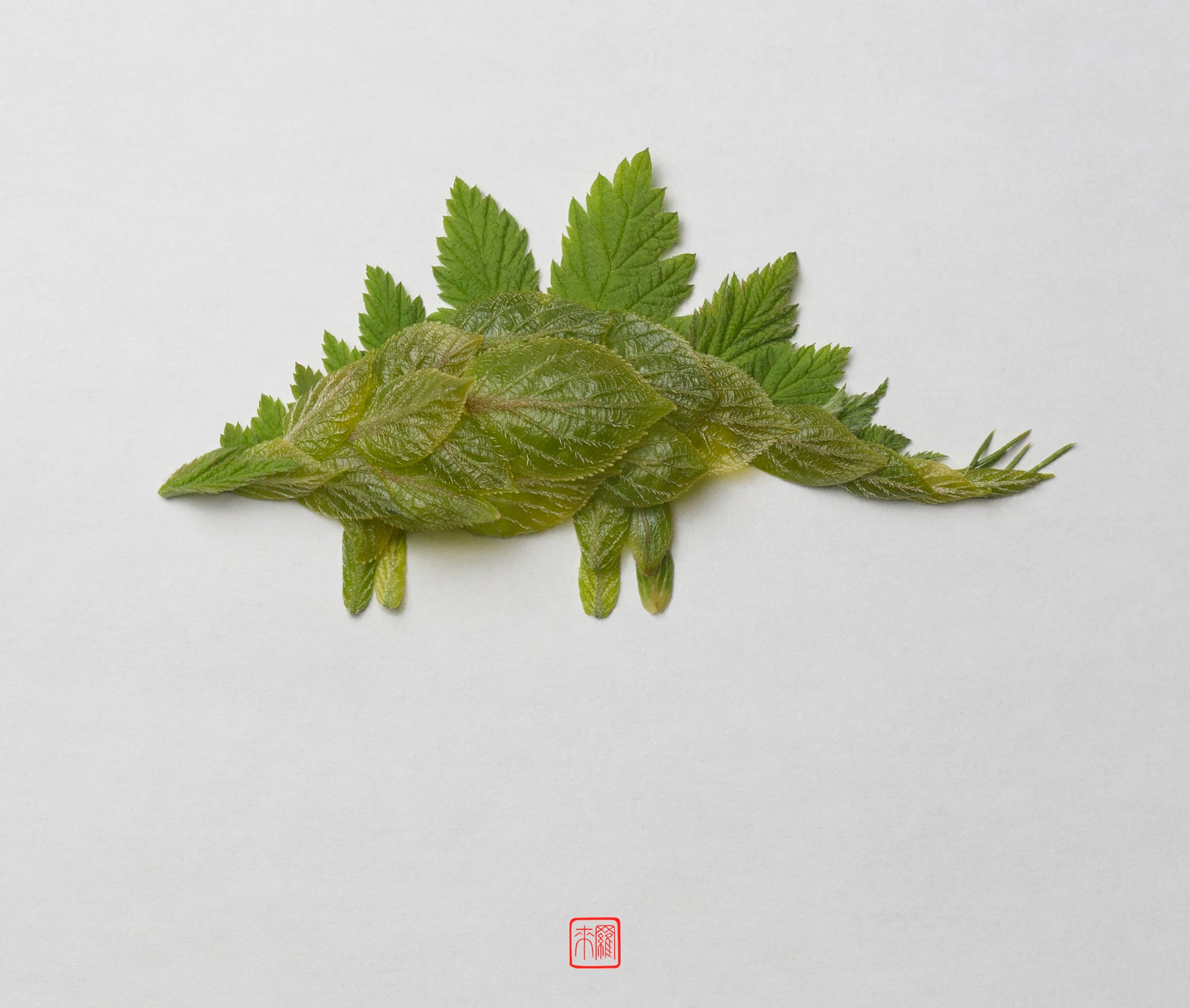 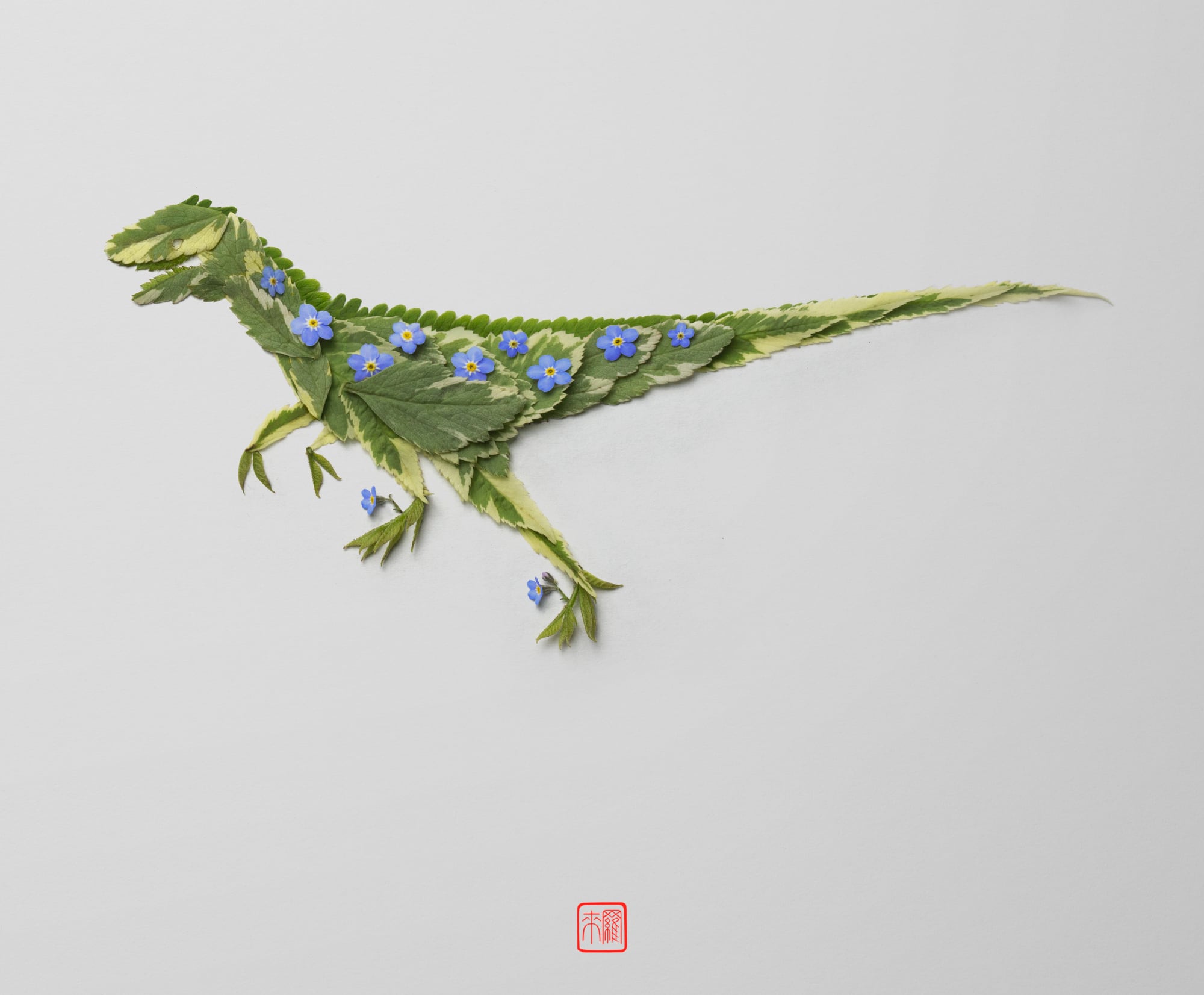 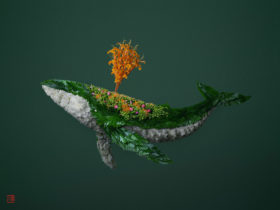