‘A fig for your barriers of wire’: Diego Rivera’s dream of a united America explored in major show 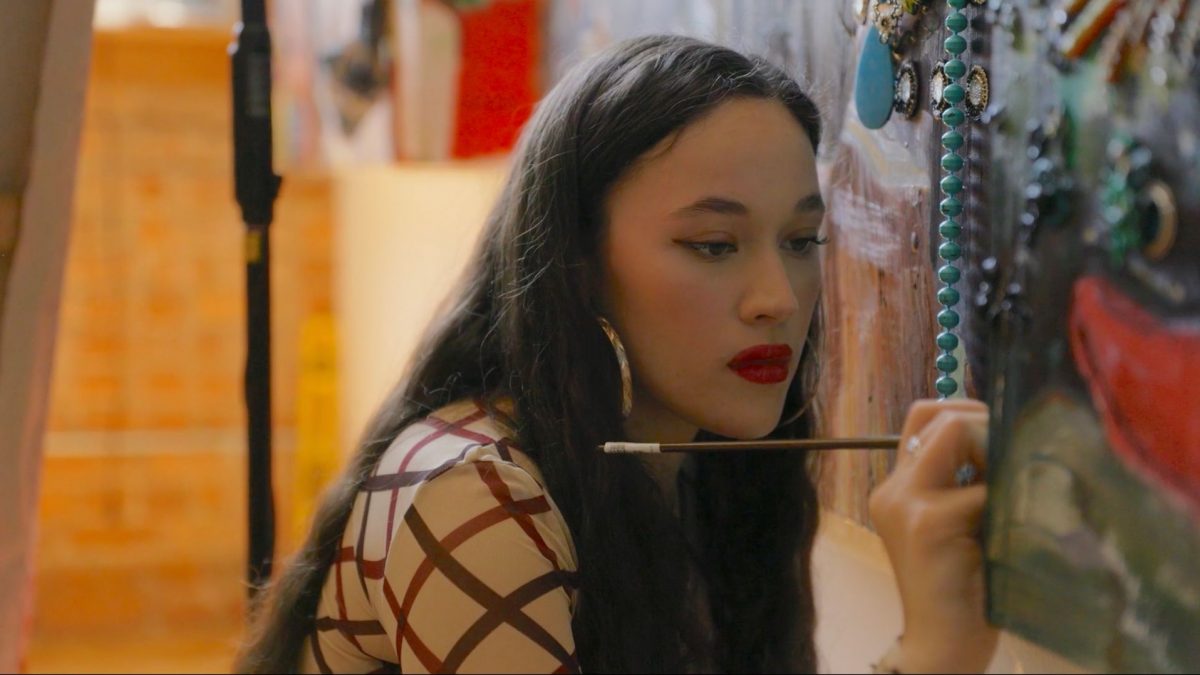 The new documentary The Art of Making It calls attention to some very real and pervasive dichotomies within the art world. Director Kelcey Edwards brings together some of the most recognisable, smart and divisive figures in an industry that can often seem impenetrable to understand, let alone navigate. The film offers hot takes from controversial dealer Stefan Simchowitz, Pulitzer Prize-winning critic Jerry Saltz and the late Dave Hickey, among others. The curator Helen Molesworth offers up astute observations and one-liners that perfectly encapsulate the industry, including at one point describing the now-infamous meme Instagram account @JerryGogosian, as “the top of the fucking pie that lets the steam out of the art world”.

Edwards takes a close inventory of what the art world is made of and the major players within it. The film attempts to consider what it means to ‘make it’ as an emerging artist in the art market today, how old systems are failing and the kind of change that needs to be enacted.It depicts the often-fraught relationships between galleries and artists, the role MFA programmes play in the process of producing a few star artists (and many debt-riddled struggling artists) and some of the more problematic practices people are faced with when collecting art. Overarching themes concern the issue of care—for artists, their works and the communities they depict—and the larger historical conversations with which they are engaging.

Largely shot in artists’ studios, Edwards’s film tries to showcase what several artists who are on the brink of ‘making it’ are experiencing.The artist Chris Watts, for instance, who was kicked out of Yale University’s MFA programme—known for minting some of the era’s biggest art stars—figures prominently and poignantly. He seemingly fell through the cracks at Yale, and has sought out other ways to continue making art. He becomes increasingly political over the course of filiming following the 2020 murders of people such as George Floyd and Breonna Taylor, and the protests that ensued. His work also pushes the line between reality and representation in new ways. Though his first solo show in New York opened in March of 2020, just as the pandemic hit, he seems to have landed on his feet and currently has work in a group show at Galerie Lelong.

Meme artist and former gallerist Hilde Lynn Helphenstein, of @JerryGogosian fame, plays a significant role in the film, too. Her memes serve to punctuate some of the larger points being made about the art world’s problems and pervasive tensions. (Helphenstine notes that, prior to her being outed as the person behind @JerryGogosian, many observers assumed the account had been created by a man.)

A portion of the film focuses on Indigenious art practices through the experiences of artists, art historians and art collectives. The artist Felipe Baeza, a Yale MFA alumnus and beneficiary of the DREAM (Development, Relief, and Education for Alien Minors) Act and DACA (Deferred Action for Childhood Arrivals) programme, whose work looks at issues related to immigration, displacement and self-hood. Gisela McDaniel, the youngest artist featured in the film, is of Chamorro descent, and addresses sexual trauma and themes related to healing in paintings that often include audio components. Both Baeza and McDaniel consider the role of care in their work in terms of the people and subjects they depict, but also how the system they are working within sometimes cannot care for them.

Painting darling Jenna Gribbon is also showcased. She discusses her previous avoidance of attending an MFA programme and pursuit of an alternative framework, making a name for herself on social media and garnering attention for her often-haunting canvases that take on dominant expectations of femininity. She eventually relented and enrolled at the City University of New York’s Hunter College; last month, Gribbon signed on with New York mega-gallery LGDR.

In many ways, The Art of Making It is an unofficial but fitting follow-up to the 2018 film The Price of Everything, which sought to lift the veil on the art market (the documentaries share a producer). The Art of Making It considers what the art world was like before Covid-19 and what it has become, while also centring the experiences of emerging artists who often are just trying to find their way and build sustainable careers.

The film also showcases a number of emerging spaces and fairs, and the next generation of people who are building critical perspectives into their work. A segment is devoted to the alternative art fair model pursued by the Spring Break Art Show, which Andrew Gori and Ambre Kelly founded in 2009, and which does not saddle exhibitors with the exorbitant booth fees they might incur at Art Basel or Frieze, taking a percentage from sales instead. The expo, which often pops up in vacant office space, empowers emerging curators and artists to take risks.

Edwards touches on issues within the art industry that the general public might cringe at but most insiders have learned to stomach, and this is where the film falls a little short in the end. While MFA programmes are vilified somewhat, for instance, ideas about how higher education can be overhauled to make it a more inclusive and effective system for artists are never discussed. Some of the interviewees allude to the need for change, but how to achieve it remains unclear. The hard work, it seems, falls again to young artists.

The film shines a light on the problems at hand, but stops there. It is most effective when it focuses on the stories of artists, curators and others who are actively trying to change the art world and daring to imagine how to remake it.